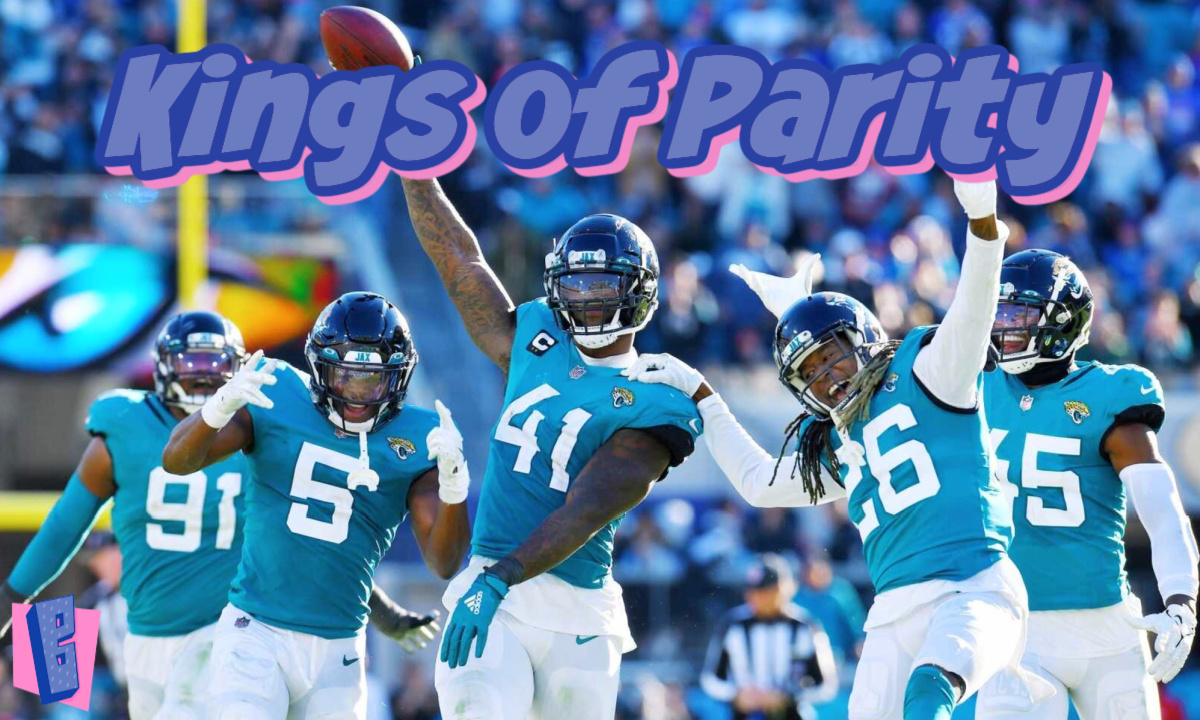 Don’t count out an underdog, because this NFL parity is real and thrilling. Are there truly zero great teams? Can even the winless Raiders make a comeback run? Yes and yes. NFL over reaction.

Each week thus far in the early going, we’ve debated as to whether an increased level of parity was leading us to certain results. In Week 1, it was the weird reliance on special teams that swung many an outcome. In Week 2, huge comebacks and fourth quarters made us debate the same thing. Were we seeing results based on a lack of preseason and sloppy/unreliable data, or was the league moving toward even more parity than usual?

After three full weeks now, do we finally have an answer hinting at the latter? Zero great teams seems far fetched, but the deluge of parity means we must believe our eyes. After Week 3 of the NFL season, there are exactly two undefeated teams and two winless teams in the entire sport. Everyone else is smushed in the middle, so what the heck is going on in the NFL?

NFL Over Reaction to Week 3

The two undefeated teams left standing are preseason darling Philadelphia and early season surprise Miami. Philadelphia had a shaky Week 1 defensively, but have had everything rolling in all facets since then. The schedule doesn’t get all that hard from here either, which was why folks were so high on this club before the year started. For Miami, it is hard not to be impressed with the quality of wins and the different ways the Dolphins have won.

The winless teams are, not surprisingly, Houston, and, very surprisingly, Las Vegas. The Texans have played all one-score games thus far. They are actually playing a bit better than I expected, despite the 0-2-1 record. The only 0-3 team is Las Vegas, who has also played entirely one-score games. Maybe the luck will change for each of these clubs, speaking even more to the parity in the league. No one is getting blown out week after week.

If we go by early season point differential, the results are just as murky. A bunch of teams at the bottom are between -20 and -30. Perhaps the biggest surprise in the sport is on the other end, where Jackonville is 2-1, with the second-best differential in the league. Jacksonville!

No one thinks Miami and Jacksonville are going to meet in the AFC championship game, though it isn’t out of the realm of possibilities. Likewise, playing all close games means the teams at the bottom are a few plays away from not being winless at all. The entire league is bunched together right now. It makes everything from here hard to read and predict, and I kind of like it!

The NFL has always touted its parity, despite there never being as much as people think. This season is quite the opposite and you are 100% correct. Parity is ruling over September and I see very little reason for it to go away this season. Perhaps this is a case of several above average draft classes in a row finally making a dent for those bottom teams. This is certainly true in Jacksonville, Philadelphia and even New York, despite the Jets’ lackluster record. Football is competitive between all teams and anyone can win on any given Sunday… in September.

Embrace the caveat, because it’s hard to imagine the league not separating itself by late October. Games will remain close all year, but the cream will rise. That said, the best thing going right now is that nearly every team can feel like it’s still in contention. Vegas is losing by the slimmest of margins. Their division rivals, the Broncos, are barely winning. Nothing is stopping the Raiders from shooting up the standings, because even the Chiefs fell to Indianapolis, who were helpless for two weeks prior. My Jets have been competitive with an old fart at quarterback. The return of their young starter, Zach Wilson, makes them exciting to watch and an interesting upset pick each week.

The funny thing is, while there is parity in the standings and the final scores, it still feels obvious who the good teams are. My Jets are wannabes, not true contenders by any stretch of the imagination. This could shift in a month, but not today. We know who the best teams are. They are being led by the best quarterbacks and don’t currently have significant injuries to speak of.

Forgive me for not including Miami, because they feel like the Cardinals or Panthers of a season ago. Not nearly as good as their early season record. Injuries have begun to derail promising teams like the Chargers and Patriots. The standings will separate, but this parity is legit. Everyone’s a contender in September and they’re playing like it. Cold weather always changes everything, but for now parity remains king.