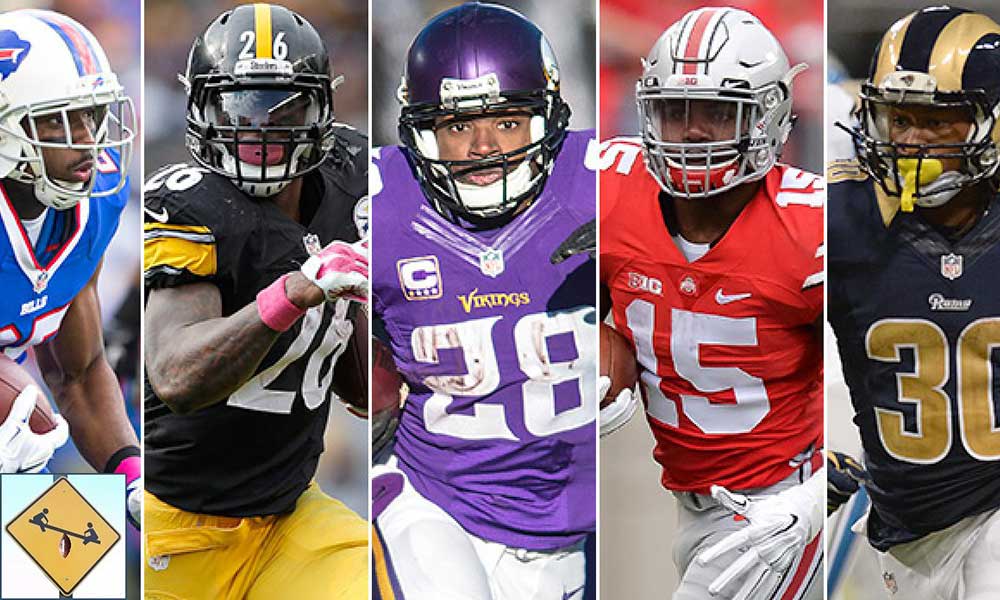 The NFL Kickoff celebration continues with round two of our intense sports quotes game. Football is brutal, but guessing these quotes is worse. Can you figure it out? They said what?

The NFL is Back! Someone should do a song about it… oh right, we did last year! The NFL is back baby, NFL Kickoff 2017, and that means lots of incredibly idiotic sports quotes are flowing our way.

Round one of our NFL Kickoff celebration was challenging, but round two is even harder. Dare to play along. Can you guess who stated this NFL quote?

In response to your quote glorifying the pain caused in the NFL, I had a perfect quote to throw at you. Unfortunately, I have never heard of the speaker, so it’s out the window. We can’t play a round of They Said What? if the “they” in question isn’t known. I’ll offer it here just for entertainment purposes. “Football players, like prostitutes, are in the business of ruining their bodies for the pleasure of strangers.”

Since we are forced to jettison that one for something worse in order to play the game, here is what I came up with in regards to the folks who put their bodies through this game. NFL Kickoff!

“If I knew back then what I know now, I would have never played football. Never.”

Hint 1: This man only played four seasons in the NFL but had a lasting impact.

Hint 2: He made the Pro Bowl during a season in which he only played 10 games.

Hint 3: He was rumored to have run an unofficial 4.12 40-yard dash coming out of college.

This might end up being too easy for you. Considering I flubbed my round, I may wish I had gone with my first quote and pretended like I was amazed you had never heard of the speaker. Missed opportunity for sure.

That is an incredible quote! Since no one knows who said it, can we steal it as our own? There is no better analogy for the two professions.

Your actual quote for the round is also very good, and I’ve heard it before. Just upon reading it, my instincts told me that Ricky Williams, former running back for the Miami Dolphins and New Orleans Saints, uttered these words. But I’m fairly certain that Williams played more than four years in the NFL. I also don’t think he was quite as fast as you noted.

Unfortunately, I can’t think of another former running back from the last twenty years who would completely regret playing football like Ricky Williams certainly does. All of the recent information about head trauma and injury from the last ten years must make many players rethink their decision to put themselves through the pain. It’s also very difficult to have a lasting impression on the league after only four seasons. My answer is Ricky Williams.

Ricky Williams played far too long to be considered for this quotation. I think you got hung up on the feeling behind the quote and didn’t assume that anyone could regret playing football. The answer was someone who isn’t completely known for football to boot: Bo Jackson.

Bo was a Pro Bowler despite not playing a full season. He is considered perhaps the greatest athlete in American professional sports history. And recently he came out and said he regrets his time on the gridiron. One wonders how long he could have played Major League Baseball if he never got hurt playing football. I assume he wonders that every day of his life. Not even Bo knows the answer to that.

30 Oct 1988: Running back Bo Jackson of the Los Angeles Raiders