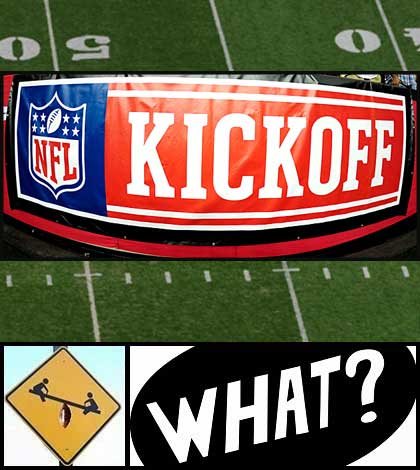 Who from the NFL ranks uttered these depressing words? It’s the NFL Kickoff edition of “They said what?” sports quote game. We can’t all be winners, and this quote is for losers.

After three rounds, Todd is ahead 4 points to Dan’s 2 points.
Will the NFL help even the score? “They said what?”

Its NFL Kickoff week, so let’s celebrate with quotes from the game’s brightest minds. A lot of teams are going to fail this season, and this quote sums it up nicely.

Hint one: This person was both an NFL player and coach.

Hint two: He is now retired from the sport.

Hint three: He never had a winning season as a head coach.

The hints you supplied for this quote help narrow down the scope of choices nicely. It’s obviously an NFL head coach who no longer practices the trade. There are a few past NFL head coaches that immediately spring to mind when fun sound bites are concerned. Names such as Dennis Green, Marty Schottenheimer and Herm Edwards pop up in terms of guys now out of the league.

I know Schottenheimer had his struggles, but I can safely say he had multiple winning seasons over his career so he is out. The same goes for Green, who I’m also not sure ever played in the NFL himself.

As for Edwards, I know for a fact he was an NFL player and coach. I know he is know retired. I also know he coached two poor football teams in the Jets and the Chiefs. It seems plausible enough that he never had a winning season. Herm Edwards was also the master of the entertaining coach quote. He is my answer.

That’s an excellent guess, but Herm Edwards is the wrong answer. This player/coach had the privilege to coach the same team he once played for, the Cincinnati Bengals. He also coached the New York Jets for one odd season in which they made the playoffs at 8-8. It was his only playoff appearance as a coach, a first round loss to the Oilers.

The former NFL head coach and player who uttered these pessimistic words was Bruce Coslet. He never had a winning season, but this quote will forever live in infamy.