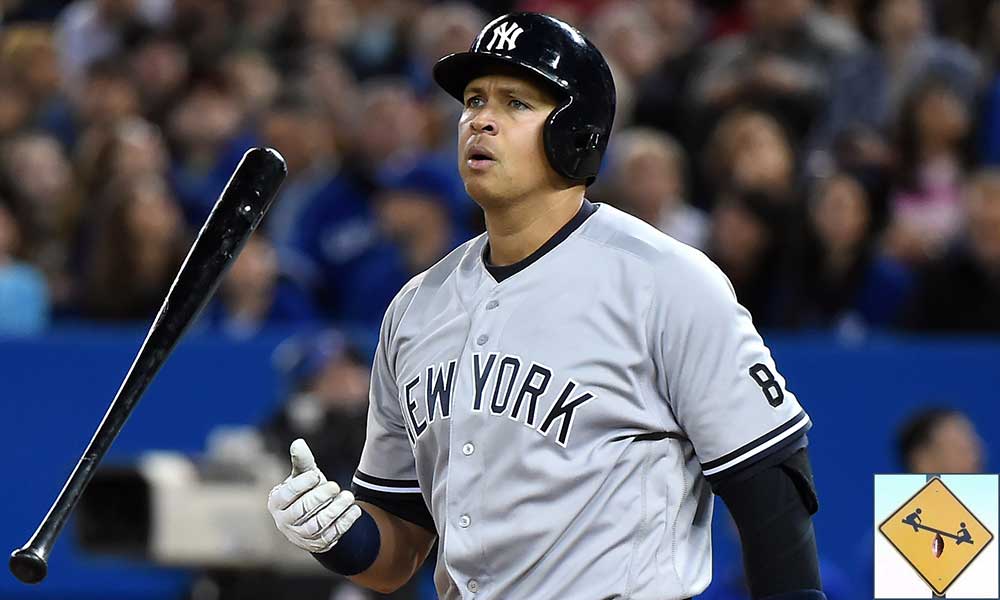 The New York Yankees’ season is on the line, with a May 15th deadline looming. Turn things around today, or the season will be over by that fateful Sunday. MLB debate.

On Thursday night, the New York Yankees lost to the Baltimore Orioles 1-0 in 10 innings. It was really a net positive for what can be expected of this club. The hitting was as atrocious as it’s been all year, but at least the starting pitching (in this case Masahiro Tanaka) was great. The loss dropped New York’s record to 9-17 on the season, good for last place in the AL East.

The team has 89 runs scored this season, the lowest total in the American League. It has already been shut out three times on the young season. The entire lineup has been trash, but one of the main culprits has been third baseman Chase Headley. When Headley came over from San Diego back in 2014, he was actually a solid all-around player. He was a very good defender at the hot corner and a better hitter. He even finished in the top five of the NL MVP vote in 2012. Since arriving in New York, something has changed. He has become a mediocre to below-average defender and a below-replacement-level hitter. Seriously, he has already lost the team almost half a win in just over a month of games with his lack of hitting alone. That type of “production” is hard to accomplish.

Though Headley has been particularly egregious (with more strikeouts than total bases!!), he isn’t the only one. Alex Rodriguez is mercifully on the disabled list with his .275 on-base percentage. Didi Gregorius’ slugging percentage would be grounds for dismissal if it wasn’t nearly identical to Mark Teixeira’s. Now Brett Gardner is hurt, and the team’s leading hitter is someone I had never heard of before spring training, Ronald Torreyes. Is there any hope?

ALSO ON BUZZCHOMP: MLB Frauds and Surprises After One Month

I suppose the silver lining is this team is so old and has such established levels of success that you have to assume the bats will turn sooner or later. I realize that was the most backhanded compliment possible. It was intentional.

On the pitching side, do I dare say I am feeling good? Tanaka has been just fine. CC Sabathia has been actually respectable. And the bullpen is tremendous. No one else is any good, but Aroldis Chapman returns next week, lengthening that great bullpen even more. I expect the rest of the starting rotation to heat up a bit as the weather does. The biggest worry is youngster Luis Severino because while Michael Pineda and Nathan Eovaldi are struggling to retire batters, they are at least striking people out. Severino isn’t even doing that. Strikeouts aren’t the be-all and end-all, but they are arguably the most important counting stat a pitcher has. At what point does Joe Girardi shake something up and give Ivan Nova a start? Nova hasn’t been good either, but maybe altering two player’s roles will help both.

Coming up are series with the Red Sox, Royals and then the hot White Sox. Nothing is going to turn around for the Yankees unless they start to change their ways. It’s the first week of May. Is there a deadline where you call this season officially toast? I know it isn’t in May, but I also know the team is already eight games under .500 and 6.5 games out of first place. A la Chase Headley’s stats, that is hard to do in so few games.

I’m usually an optimistic person, but if the Yankees’ season isn’t already over, then Sunday May 15th is the date you’re looking for. That afternoon New York will play its final game against the White Sox, completing an unbearable stretch of difficult baseball for a team that really needs some mediocre competition right now. The Red Sox, Royals and White Sox are all on fire. The Yankees are ice-cold. I’m not sure if they can turn things around, but it’s now or never.

I called for New York to take two of three from Baltimore in my livestream earlier this week, but I didn’t believe it would happen. They nearly got it, however, getting one victory and one moral victory against one of the AL East’s best teams. Yet New York must win two of its three next series, otherwise they will be too far behind in the standings to ever recover this season. Ten games stand between a comeback and bottoming out for our New York Yankees.

We all knew it would happen at some point, but I honestly did not think this was the year. New York’s roster has been aging gracefully thus far, but as fans we knew they’d bottom out eventually. Too many veterans in a sport built for speed at the plate and on the base paths is a recipe for disaster. Losing our young stars hasn’t helped. Neither has Severino’s inability to perform. He’ll be sent down in a week simply to find himself. But enough belly aching. Let’s look on the bright side!

Starlin Castro has been outstanding so far this season, at least in terms of my initial expectations. He’s batting nearly .300 which is great, yet his other numbers are lacking in large part due to the team’s struggles. Our pitching is also on the up and up, with Tanaka and Sabathia leading the way as they should. I’m dubbing this season a confidence building year, as New York will discover who is worth keeping and who they should sell high next offseason.

I hate to throw in the towel on the playoffs so early, but May 15th is our team’s deadline. Splitting their next ten games puts the Yankees at 14-22 on the season. That keeps them in the race. Anything worse and I’m looking elsewhere for inspiration. I’m looking elsewhere for the Yankees’ goal this year, because it’s not a championship, something the team and fans alike are unaccustomed to.