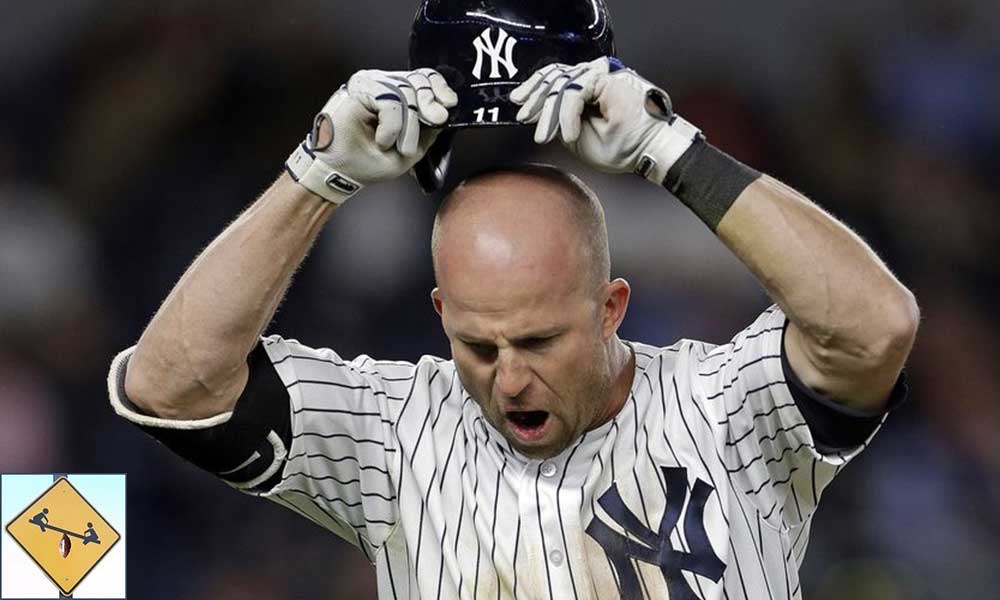 Oh crap, oh crap. The New York Yankees must hit the panic button right now before the division and the season slips away. Come on Girardi, kick your team in the pants and light their gloves on fire. We need a spark.

Looking at the standings after two, or even three or four weeks isn’t a useful exercise. The MLB season is so long. It hardly matters how many wins a team has banked by the end of April as long as its not fewer than how many series it’s played. This goes for the New York Yankees, whose record sits at 5-9, as the team rests in last place in the AL East.

It is not time to panic, I don’t think, but there are concerning trends developing. First and foremost is that of the starting pitching. Prior to the season, our worry about the starting rotation was one of health and availability, not performance. We assumed that when the guys were healthy (the guys being Masahiro Tanaka, Michael Pineda, Luis Severino and Nathan Eovaldi specifically), they would be great. The only question was how many starts would we get out of them. Most likely, only one or two of the starting five would give the Yankees a full allotment of 30+ starts in 2016. That was the worry.

While everyone has stayed healthy through the first few weeks, the guys aren’t pitching well. This, again, would not normally be concerning this early in the year, but with guys who might miss a number of weeks and a number of starts later on, it’s demoralizing to bank bad outings. To look at it another way, if we assumed we would get 25 starts out of Pineda for example, then maybe 10 of those would be poor. But if he already has three or four poor starts before the end of the month, then what type of ceiling are we even looking at?

The same goes for the lineup. The Yankees’ everyday lineup is very old. We were hoping to get maybe 125 games out of the old crew, but hopefully that batch of games would be productive. Manager Joe Girardi is giving guys days off early to extend that window, as we already discussed earlier in the week. But we are still banking a number of bad games out of the likes of Alex Rodriguez, Jacoby Ellsbury, etc.

I know it’s not fair to expect everyone to be at peak performance by mid-April. That is normally never my expectation. But seemingly this entire 25-man roster, outside of the bullpen, has some type of due date where it will no longer be effective because the guys are no longer active. So then how many days of ineffectiveness can we take when they actually are playing?

Usually I’d say it’s too early to panic. Give the team some time to gel, get things going, and find consistency at the plate and on the mound. But I completely disagree with you. The Yankees MUST hit the panic button right now!

Joe Girardi likely echoes my sentiments, as he’s been erupting from the dugout on a nightly basis. Joe’s fire culminated in his obvious attempts to spark the team by not sugar-coating Didi’s awful base running blunder which cost New York a chance at beating Oakland the other night. This is not a team that needs its hand-held. The 2016 Yankees need a swift kick in the pants. Hit that panic button.

I love how New York started the season, taking two of three from Houston and splitting with Detroit. Those are supposed to be two of the best teams in the AL this year and the Yankees looked solid against them. But after starting 4-2, New York nose-dived losing seven of its last eight games through Thursday April 21st. I wouldn’t be so concerned about an early season losing streak, if not for how schizophrenic the entire team has played.

You addressed the pitching issues, but that is not New York’s biggest issue. The starting rotation does not have a good ERA to this point, but the lineup’s performance worries me. Carlos Beltran leads the team in batting average, home runs, RBI and hits. I wish this was something to be celebrated. Beltran was not supposed to be great this season, let alone the star of this baseball team. I’m thrilled he’s playing well, but he should not be the leader at the plate. Other Yankees need to match him quickly if this team is going to start winning again.

Three of the Yankees’ regulars are batting under .190 thus far and five are batting .250 or worse. That leaves only four players with a respectable average and only Beltran and Brett Gardner are hitting over .300 right now. On base percentages and slugging percentages are not any better, but its Alex Rodriguez who really scares me. I truly believed A-rod had two more good years left in the tank. At the very least I thought he’d help the Yankees, but right now he is dead weight in the lineup. He’s a designated hitter who can no longer hit. I’d really hate to see one of the all-time great baseball players go out like this, but Rodriguez is playing so poorly he’s in jeopardy of getting sent down to the minors.

Girardi is playing his hand well. He’s resting players early, knowing their legs are older and the season is very long. But he needs to kick his players in the butt even harder. Hit the panic button before it’s too late.