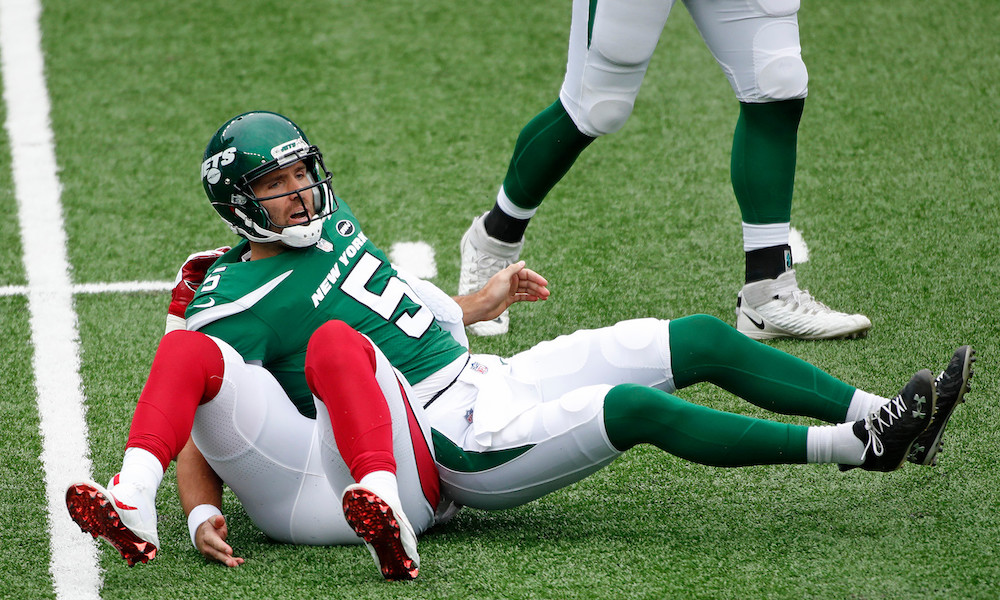 We are officially the worst franchise in all of sports. The New York Jets have a new quarterback, because of injury, and its the same unwatchable football. Burn it all down.

New quarterback, same unwatchable football. Off to their worst start in 24 years, the New York Jets (0-5) have now shown the rest of the league what dysfunction is. They completely embarrassed themselves with another uninspiring performance. The game versus Arizona included drops, bad play calling, and poor defense. Call it a trademark of the 2020 season. I’ve watched the Jets my whole life and have seen some bad football. But this team may be the worst of them all.

More BuzzChomp: NY Jets Loyalty Check – Its All Over!

Let’s not fool ourselves, this is now more than an Adam Gase problem. This starts with the top. From ownership to upper management, this team is not in a position to win. The offense is putrid and completely predictable. That blame falls on Gase. The defense is atrocious. Missed tackles, penalties and poor positional play falls on Gregg Williams.

Simply put, this team is not built to win. The offensive line, which new GM Joe Douglas has worked on all off-season, has been an utter failure. From top to bottom this team is complete garbage. If there is anything we could have taken out of the Arizona game, it’s these three things.

1. It’s not the quarterback.

Joe Flacco came in because of Sam Darnold’s injury and played as one might expect. He was bad and rusty. Flacco missed open receivers, while remaining completely immobile. He played better in the second half, managing to show off his arm strength. But the reality is that Jameson Crowder is the only person on this team who knows how to catch the ball. Chris Herndon, who Gase called a “unicorn” during camp, is a non-factor and has butterfingers. This speaks to Gase’s inability to judge talent. Herndon shouldn’t even play next week, but he will.

2. The Jets must trade Le’Veon Bell.

They need to trade Bell fast, before he’s out the door. There is clearly an issue betwenn him and the coach. I’m not sure who’s to blame here, but its kind of irrelevant. For someone who is getting paid RB1 money, Bell’s not involved in the offense like one would expect. Granted, he’s coming off an injury. But when you have a rusty quarterback who hasn’t played in over a year, along with a group of receivers who are talent starved, Bell needs to have the ball in his hands. If that is not an option, then trade him and get what you can get for him. Get anything please.

3. How much more can fans take?

Okay, this one is kind of garbage. Two other teams in the league, Houston and now Atlanta, have told us that change is necessary. The New York Jets have lost four games by double-digits, yet they don’t need to change. They are going through the motions and the motions aren’t even that good. Change is needed and needed NOW. People get fired all over the world for less. Adam Gase needs to go!

The only questions left is whether or not this team can win a single game all season. Will they go all the way to 0-16, and if they do, what is their next step? Will they land the number one overall pick and use it to select Clemson quarterback Trevor Lawrence? I’m not sure, but if I were him I would pull a card out of Peyton Manning’s playbook and go back to school and wait a year. There’s no way that I would want to play for these Jets. Add it to the list of signs that this franchise is probably the most embarrassing franchise in all of sports.

Next week, because of COVID, the Jets will now play the Miami Dolphins. This is a Dolphins team that just put a beat-down on the 49ers and is scoring at will. “Fitzmagic” looks like “Fitzmagic” and the Jets don’t stand a chance. Can they keep things close? Unlikely.
Miami Dolphins – 28 New York Jets – 10 #FireGase