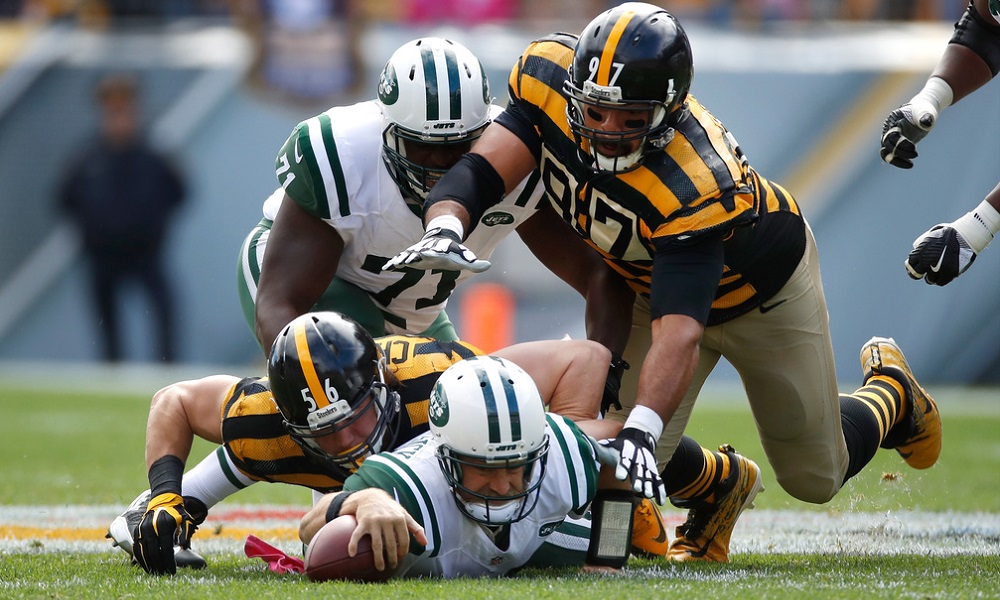 The proverbial finger has been pointed at the New York Jets coaching staff. Both offense and defense must change, but the team remains stubborn to a fault.

The team looked better against the Pittsburgh Steelers on Sunday, but another stubborn football game led to another lopsided loss for the New York Jets. As the seat heats up under head coach Todd Bowles and offensive coordinator Chan Gailey, both men must adapt quickly. Both men must figure out how to actually make halftime adjustments, instead of stubbornly sticking by a gameplan that only kinda worked in the first place.

Good NFL coaches make halftime adjustments. The best NFL coaches make adjustments after every quarter, if not after every series. But the Jets coaching staff appears stubborn to a fault. They appear to be playing our team to the beat of the same drum, regardless of the quarter or game circumstance. They appear to be sticking with the first half gameplan, rather than adjusting at halftime to what has worked and what hasn’t over the opening quarters of play. The numbers speak for themselves. Gang Green has been outscored 37-7 in the second half this season.

ALSO ON BUZZCHOMP: We Build the Ultimate TV Show with The Ringer’s Fun Game!

I preached last week for the Jets to get more aggressive and change things up on defense. They only blitzed Ben Roethlisberger on 13% of his dropbacks, the teams lowest total all season and its lowest percentage in the last three seasons. Pressure found Big Ben on just 4 of 48 plays, a mere 8% of the time. No wonder the secondary was on the run all game. Despite never getting to the quarterback, our defense gave up only one big play and managed to cause a sack fumble. The coaching staff made no adjustments entering this game and it showed. But we still have a ton of talent and still kept this football game close on defense.

Play calling wasn’t any better on offense. Without Eric Decker the unit feels slow and uninspired. Yet Ryan Fitzpatrick has a ton of excellent players he could throw too. Either he doesn’t trust them to make the catch, or Gailey is constantly calling playing featuring Brandon Marshall. To the receiver’s credit, he was the Jets’ only option the entire game, Pittsburgh double covered him, and he still put up over 100 yards and a touchdown. But why weren’t more plays looking for Quincy Enunwa? Why weren’t more plays looking for Matt Forte or Bilal Powell in the flat? It was obvious the team couldn’t run up the middle, but it had great success on the edges and behind the tight ends. Yet these plays were few and far between.

It would be unfair to say that nothing worked. The Jets’ offense moved the ball in the first half, yet played way too conservatively for a losing team needing momentum and some swagger back. Then nothing changed. The team remained conservative, remained predictable and remained out of the endzone once again in the second half. New York’s red zone problems are gone, because the team is barely finding it. Matt Forte’s dominance is gone because the team is using him the same way they did against Buffalo. It worked then, but now there is tape, so something different needs to be called.

Weeks one and two of the season presented us with a seemingly dynamic team and kept everyone off-balance in the best way possible. Yet that was merely all the Jets had to offer. I’ve seen the same exact thing from our team ever since and its rather predictable. They are making the same mistakes and trying to succeed in the same ways. How dumb do you think the opponents are? How much better do you think the Jets are? Stop playing stubborn football. Make adjustments and assume your opponent is better. This season they likely are.