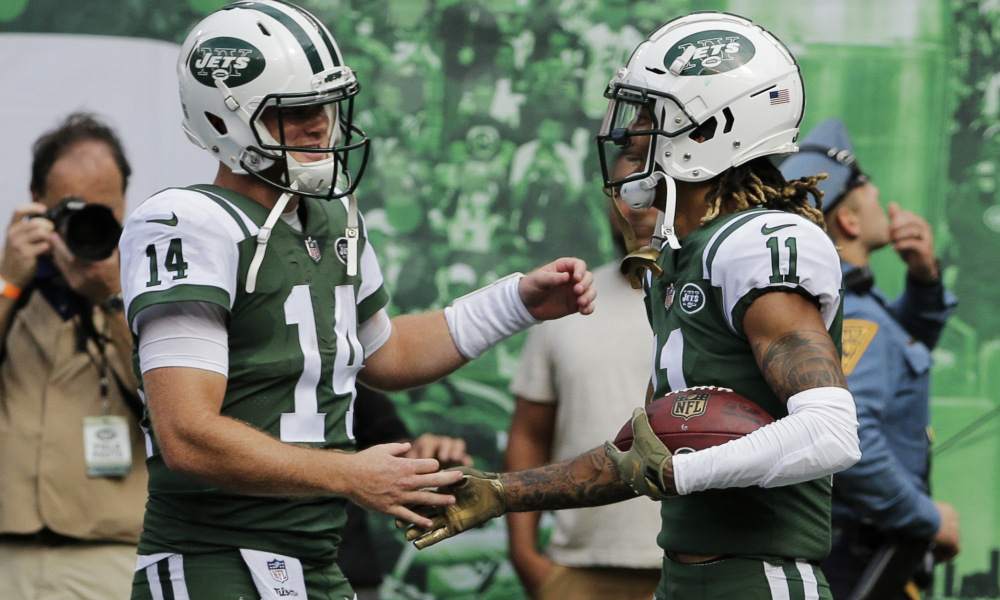 As the old saying goes, believe your eyes. The New York Jets are good when its clicking, on both sides of the football. After winning a shootout that saw the team overcome multiple injuries, hope is real.

Its amazing what the lack of a quarterback controversy can do for a football team. This is the first time in the Todd Bowles‘ era when the New York Jets have lacked such controversy. Previously, there was always a question of who would play quarterback, or when the current young backup would get his shot. The Jets smartly removed those questions from this season before it began, and Sam Darnold has swiftly destroyed their existence. Now the Jets are good, on both sides of the football. They can win shootouts, overcome multiple injuries, and have winning streaks. The hope is real. Believe your eyes.

We discussed this phenomena on our weekly 3 Man Booth live NFL debate and came to a simple conclusion. The lack of a quarterback controversy literally makes or breaks a football team. Arizona entered the year with their rookie on the bench, begging the constant question of when he would get his shot. Josh Rosen is now starting, but something was missed early on because of that looming question. The New York Giants are facing the opposite end of this dilemma, as Eli Manning ages out of his ability to lead a football team. Will the Miami Dolphins be able to hold things together, with another injury befalling quarterback Ryan Tannehill? You can’t win in the NFL simply by having quarterback stability, but you can’t win without it.

Where does this leave the New York Jets? The 2018 roller coaster has officially sped up and entered the “Oh my gosh, this is amazing!” part of the ride. We enjoyed the initial thrill of take off, struggled with the climb up that first steep hill, withstood the seemingly never-ending plummet into the unknown, and are now enjoying the thrill of the ride itself as it careens back and forth and heads toward that next climb.

The next climb for New York is Sunday versus the Minnesota Vikings. Unlike climb number one which was slow and painful, this climb has the joy of what just happened to make it exciting. Whether or not the Jets win is yet to be determined, but the team has proven that they won’t make excuses. They won’t let injuries take them down, or over-confidence be their undoing. These are Sam’s New York Jets, and his demeanor remains the same no matter what part of the roller coaster his team is on.

Hope is a fickle thing, because it’s exactly like trust. It takes quite some time to build, but can be dashed in an instant. The Jets have given their fans hope and the entire AFC is reinforcing the sentiment. Outside of New England and Kansas City, no other AFC team looks scary or has played consistent football. I can’t honestly say that I trust a single one of them to win or lose a game, New York included. This leaves the door open to the playoffs, and the Jets are the only ones who can close it. Win and you’re in. Lose and its over.

I did not have realistic hopes of a playoff berth before the season began. I simply wanted to enjoy Darnold’s development and watch my team form an identity. That has already happened, meaning phase two is underway and the experience gets bigger and brighter. We are still on a roller coaster, but New York is up to the challenge. They have won the turnover battle in nearly every football game this season, win or lose. That is the recipe for success, along with quarterback stability.

More BuzzChomp: The Deuce Recap in 60 seconds of Comedy