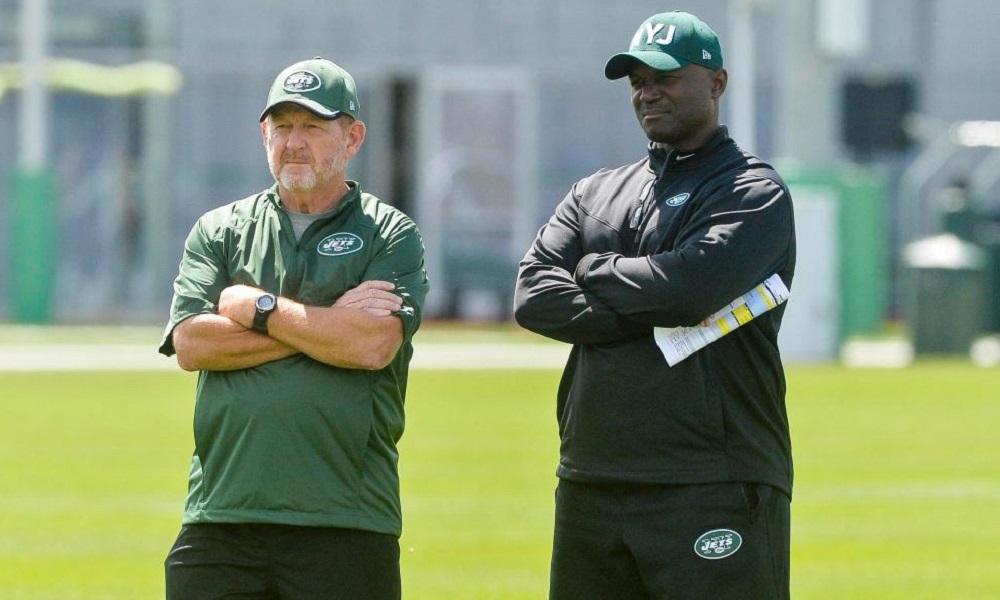 This part of the season is supposed to be fun, but not for New York Jets’ fans. The team is holding OTAs and lots of hot air is blowing our way.

I don’t know what’s worse, not knowing who your team’s starting quarterback will be Week One, or knowing he’s sitting at home waiting on a contract. As a New York Jets fan, I’m all too familiar with both pains. OTAs have begun and our presumed quarterback remains a free agent, not a member of our football team. Everything else feels in place. The entirety of the Jets feels better than a season ago. Optimism is high, expectations are average and outside of the elephant in the room, no one is making headlines for the wrong reasons. Every single statement to the media reads perfectly. Things could not be anymore painful as a fan of Gang Green.

I desperately want to be excited for OTAs and the news of our young players developing. I want to envision our offense even better and our defense shutting opponents down. But the team is incomplete and none of that is possible. Coach Todd Bowles is managing expectations while having to answer the same question over and over again, asked in as many different ways as reporters can think of.

How are negotiations with Fitz going? Did Brandon Marshall and Eric Decker indeed skip last week’s practices as a protest for Fitz? If the team signs Muhammad Wilkerson long term, can they lower his cap hit enough to sweeten the deal for Fitz? The list of questions goes on, all with the same damn underlying inference. When is Ryan Fitzpatrick going to receive a new contract offer and when will he be a Jet once again? I’ve had quite enough of this conversation. Let me enjoy OTAs in peace!

Reading about how well Geno Smith is performing at practice was fun. Yet the caveat was still there; he is only the starter because our real starter isn’t signed to a deal. It’s interesting how he’s done very well in the spring every season, yet he is completely unproven under this new offensive system during regular season games. I have a hard time using his past performances as any kind of barometer. That team did not like him, nor did it ever support him enough to get better. He barely saw the field in 2015, which is great because no one wants the backup quarterback to start. But look what just happened, I couldn’t go one paragraph without bringing things back around to Fitz.

We as fans can not escape the Chinese Finger Trap. One side is our starting quarterback. The other is our team. They clamped us inside and only by working together will they release us from hell.

More Sports: No Expectations for Victor Cruz with the Giants