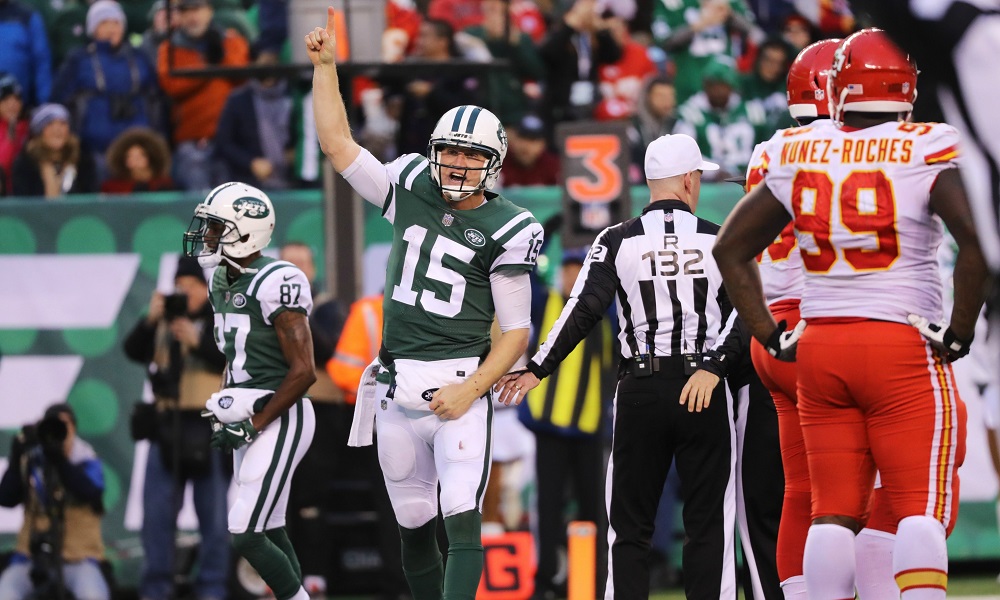 A look at the New York Jets 2017 season in the rear view. Same bad record, but a much better year. Quite literally, quarterback was everything.

The 2017 season was an improvement for the New York Jets, even if the record doesn’t show it. Watching New York play told us everything. This team passed the eye test and showed flashes of dominance on both offense and defense. The Jets will once again draft sixth, adding to their already potent young talent pool. Yet one thing remains unsettled, the same thing that has now become the living and breathing embodiment of the New York Jets. Who will play quarterback?

Its only one position, yet for Gang Green it was literally everything in 2017. Quarterback made the season and broke it just the same. One could argue that New York’s signal caller did the exact same thing in 2015 and 2016 as well. I will refrain from traveling any further back in time beyond the Todd Bowles era, since quarterback has often been boom or bust for the Jets. During Bowles’ tenure as coach, New York has lived and died on the back of its QB.

ALSO ON BUZZCHOMP: ‘All The Money In The World’ Movie Fact VS Fiction

Ryan Fitzpatrick had a career year in 2015, only to remind us of the player he always was in the final week, as the Jets fell a game shy of the playoffs. Fitzpatrick remained that average player in 2016 and New York suffered. Josh McCown had a career year in 2017 and the Jets were flourishing, until he broke his hand and the team fell back to Earth. Four losses later and New York’s main issue was even more obvious. Who will play starting and backup quarterback for more than one season? Riding the roller coaster from year to year is a death trap.

Bryce Petty has improved, but it’s simply not good enough. Can we honestly call him a good backup quarterback if he was unable to step in and maintain the offense when McCown got injured ? That is the job of a backup QB, to be ready and able to fill the shoes of the starter. No one expects the same high level of play, otherwise that player would be the starter himself, yet a certain resemblance of what was is expected and necessary. Petty’s offense struggled to move the football and did not look good. It was reminiscent of 2016, night and day from the offense McCown was leading.

The New York Jets can continue to develop Christian Hackenberg, but they absolutely need to add two quarterbacks immediately. New York needs its starter for the next five seasons or more, because continuity is key to success. The Jets also need a backup quarterback they can trust in a pinch. I wish Petty all the best, but he will be released because he has not shown an ability to lead a successful offense. I believe McCown will opt for retirement after posting the best season of his long career. Its his way of going out on top. But if McCown does decide to play one more year and finish his career on his own terms, rather than by injury, the Jets should not bite.

New York was successful in 2017 because of McCown, yet it also fell short of its full potential because of McCown. He has never started a full season, so we should not expect him to if he plays one more. Maybe he’s a great bridge quarterback for a rookie, yet I’d rather see him become the team’s quarterback coach than their week one starter. Does he want to be New York’s backup, or any other team’s for that matter? A successful offseason includes New York drafting their guy to start at quarterback week one. That means whichever veteran QB they sign is destined to be the backup.

Live and die by the quarterback. Its been true, but no more. I am letting this go as a New York Jets fan. The 2018 season will be different. We will have our guy.

More BuzzChomp: Yankees One Player Away in 2018