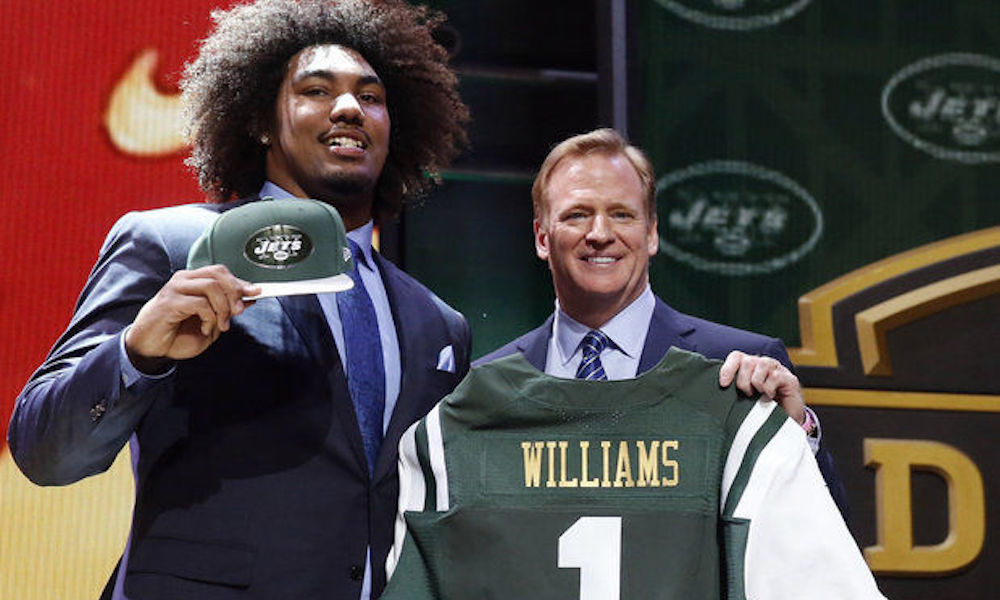 The last few weeks have been hard on New York Jets fans. Little happened and mass speculation made our team feel like a mess. This is Gang Green’s 2017 NFL Draft wish list.

I love our New York Jets, but sometimes I wish the team was not from New York. I realize that I would likely not be a fan if they hailed from a different city, instead rooting for another New York football club, but during the long and arduous weeks between this year’s NFL Free Agency frenzy and the 2017 NFL Draft, our Jets have been dragged through the mud. This happens most offseasons, because Gang Green has been unstable at quarterback for a very long time. Yet this year in particular, the gamut of mass speculation and criticism feels misplaced.

New York had a bad year in 2016; that much is undeniable and perhaps an understatement. But what exactly is the timetable for rebuilding a franchise when a new general manager and coach take over? There truly isn’t one, but most reasonable people would agree that three to five years is required. A team like the Jets have to first shed the veterans who don’t fit the new mold and deserve a shot at a championship before retirement. A team like New York have to find their quarterback, build their coaching staff, and draft well. Because the Jets were such a veteran heavy team when the Rex Ryan era ended, it was not until 2017 that we finally have seen the transformation happen. Overall I believe Mike Maccagnan and his staff have drafted very well. One second round quarterback who may never materialize into anything more than a backup does not damn the whole bunch.

The New York Jets need a quarterback and I’m happy that the team is thoroughly vetting every major rookie in the 2017 NFL Draft class. Fans should be hoping for three major transactions from New York come draft day. We’ll call it the smart and sexy plan. All New York Jets fans should have this wish list.

It’s easy to wish for your team to fill its biggest hole, but the Jets have several positions of need to address. Thankfully our general manager prefers to go with the best available player, rather than drafting strictly for need. This worked out exceptionally well the last time New York picked sixth, back in 2015. We need our team to do it again.

Teams develop strengths by drafting great players, regardless of position. When the Jets are on the clock with pick number six, they will be able to choose from a bevy of great players. They can pick a safety, cornerback, running back, wide receiver, or even defensive end to join the team and likely start immediately. The more quarterbacks picked in the top five, the more talent available to our Jets. This is an amazing thing!

I like the player formally known as Sheldon Richardson, but my instincts tell me that he no longer wants to be a New York Jet. The team brought in a rookie who has played better than him, as well as locked up the veteran who was their before him. Both Leonard Williams and Muhammad Wilkerson are starters for the Jets, leaving Richardson disgruntled and expendable. He adds depth to New York’s defense, but his value will only go down with diminished playing time.

Richardson needs a fresh start and the Jets don’t need Richardson for their defense. This is a perfect trade opportunity, assuming another team is willing to pay up for a Pro Bowl caliber player. Realistically the Jets get a second or third round pick for him. Hopefully they can get two picks in a packaged deal. Either way, we should hope for a trade before he enters the final year of his contract.

We don’t want the Jets to pick a quarterback in the top ten, but drafting another player to challenge for the current starting job is critical. There are four excellent QB prospects in this year’s NFL Draft and the Jets will have more than one opportunity to draft their guy. If they believe ‘their guy’ is worthy of a top five pick, then I expect them to trade up. But my hope is that New York drafts a quarterback in round two once again.


The Jets need competition for Christian Hackenberg. Bryce Petty is coming off a shoulder injury and has positioned himself as the teams backup, or the odd man out. One of these rookies will either win the job of future starter, or push Hackenberg to be the guy. Either way, our team wins.