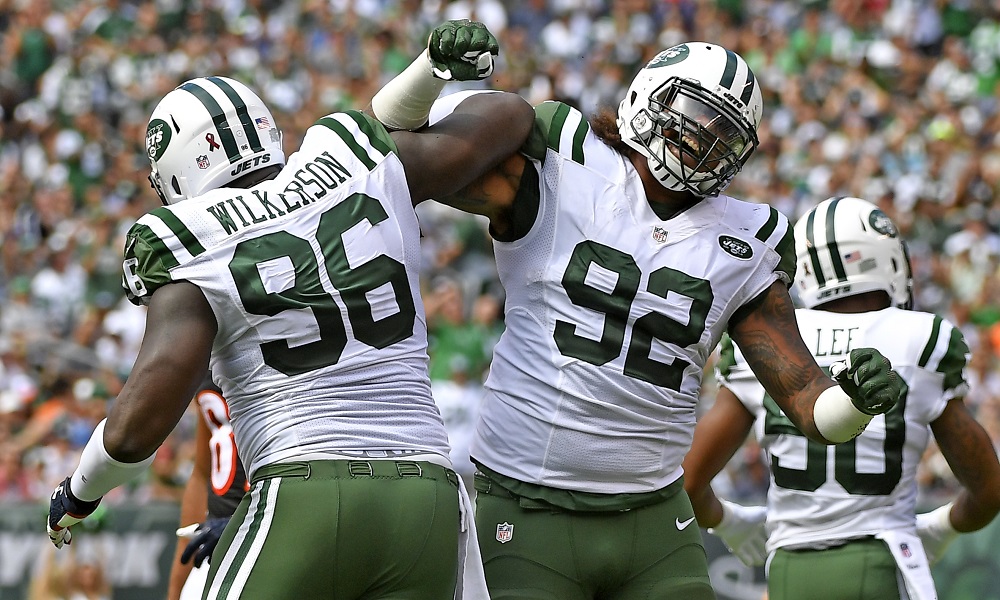 The sky has been falling for months upon the New York Jets, at least according to experts high and low. But fans know that offseason noise is usually wrong. This is a realistic Best Case Scenario for New York in 2017.

This is the first football season in memory where I am not filled with abundant hope for my football team. As a fan of the New York Jets, there is no joy or expectation for success in 2017, no matter how fleeting it usually is. This led me to first write our Worst Case Scenario for Gang Green in 2017. Once I got the pessimism off of my chest, I was able to firmly look on the bright side.

Every other NFL season has begun with a chance that our New York Jets might reach out and grab playoff glory, so why is 2017 the exception? It is not. There is a realistic best case scenario, championship aside, that every New York Jets fan must get behind. Forget tanking, because youth can win. Youth can get us to the NFL playoffs.

NEW TV ON BUZZCHOMP: HBO’s The Deuce is The Wire 2.0

Whether genius or crazy, the moves made by Gang Green in the offseason had an obvious look towards the future. They have left the 2017 New York Jets seemingly handicapped at key positions. Yet we have no clue how good the current players will actually be! We only know how they’ve performed in preseason games and practice. Practice! Our players are young, but those that played for the Jets last season and are still on the team did a very good job in the face of adversity. They have survived the roster overhaul, which speaks volumes to their potential this season.

New York’s best case scenario is predicated on these young players surprising those who have not seen them play. Namely, anyone who is not a Jets fan. From the offense to the defense, there is a lot to love about this football team. Plus, the difficulty of New York’s schedule has been grossly exaggerated.

First and foremost, New York needs its offensive line to gel as a unit. From this the quarterback can be comfortable in the pocket, and Christian Hackenberg can excel. Our best case scenario means Hackenberg earns the starting job because he deserves it. While Josh McCown was given the job for week one, everyone knows that Hackenberg will have it when ready. He takes over by week three and puts up solid numbers, securing the job going forward. With the game’s most important position in the bag, the rest of the Jets offense will blossom.

I suppose McCown could also dominate, removing all doubt from the quarterback position. This would allow the Jets’ offense to flourish, but would not set the team up for success down the road. Because this is a best case scenario, Hackenberg proves himself good enough to be counted on as the number one guy. From here both the passing game and running game fall into place.

Robby Anderson steps up and dominates as the Jets speedy number one receiver. Bilal Powell continues where he left off in 2016 and carries the load. The offense utilizes Matt Forte to keep defenses on their toes and rookie Elijah McGuire slips into the fray and starts making waves. Two back rotations are common, but the Jets have a triple threat in their backfield. New wide receivers Jermaine Kearse and Jeremy Kerley integrate quickly, providing a spark of veteran leadership to New York’s offense.

New York had a very good defense last season, save for the backfield. They’ve added two stud rookies at the safety position, as well as new faces at cornerback. The unit becomes shutdown, now that teams can’t simply beat the Jets by throwing deep. New York’s linebackers now operate with impunity, no longer having to be relied upon so much in pass coverage. The defensive line is stronger with less confusion as to who is starting and rotating in. Sheldon Richardson was talented, but also mentally disruptive. Defense wins championships, or in New York’s case, a playoff spot.

I don’t trust the Buffalo Bills or Miami Dolphins. The Jets split with Miami and defeat Buffalo twice this season. They also defeat every weak opponent on their schedule. That includes Jacksonville, Cleveland, New Orleans, and Denver (no longer a force). Starting the season 4-1 goes a long way towards this New York’s confidence. Here’s the entire schedule, ending with the Jets at 9-7 and in the playoffs. Go Gang Green. J. E. T. S. Jets Jets Jets!