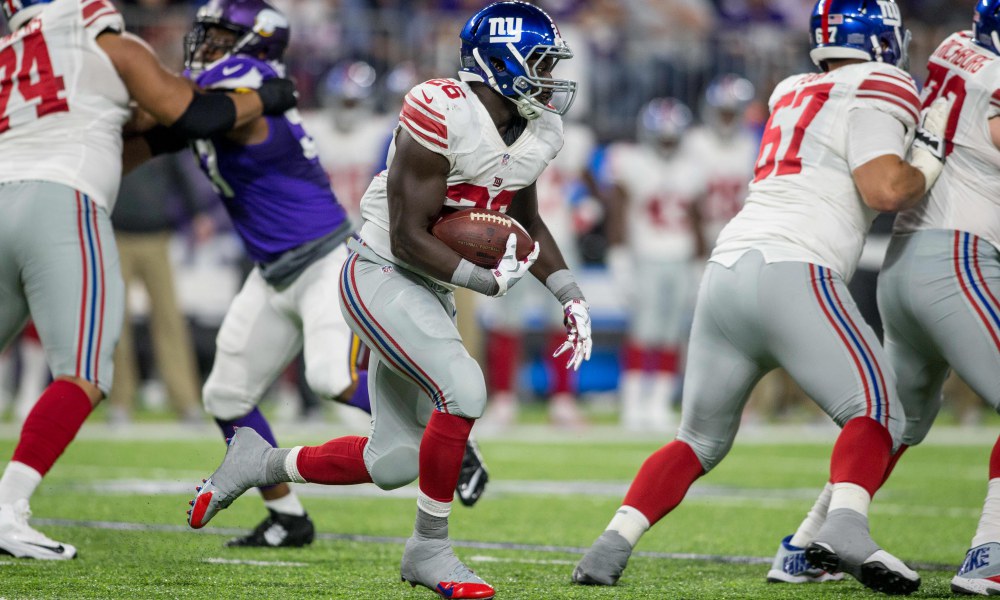 New York Giants training camp is set to open [next week]. By the end of July, the Giants will be up and running, heading toward preseason football action and the 2017 NFL season. Before we get there, though, a 53-man active roster has to be formulated. With that comes a few layers of cuts. Everyone’s favorite veteran is not going to make the club.

Because of cheaper contracts for younger players, as well as the constant flux of what a roster desires and has to choose from, popular names occasionally are sent packing. Here are the New York veterans on the chopping block; those players who need good training camp performances to keep their station heading into real on-field action.

One of these men is going to get cut. The Giants have two roster spots saved at quarterback for Eli Manning and Davis Webb. That leaves one more slot for either Smith or Johnson. Early indications are that Johnson is leading the battle, but in early July, the contest is far from over.

Much like the quarterback spot, the numbers crunch seems to indicate that either Darkwa or Draughn will be cut at some point this preseason. They are battling for what amounts to a fourth RB spot on the depth chart. Draughn is more of an asset in the passing game, while Darkwa brings experience in this system.

Harris’ job was probably saved already by a contract restructuring and the fact that he is the team’s leading return man. However, Harris essentially has no offensive role anymore, and the emergence of Odell Beckham on returns cut into Harris’ value to the club. He needs to prove he is at least the best return option New York has.

Things aren’t looking good for Tye ever since the Giants drafted Evan Engram in April. Tye was never an elite all-around tight end, and now he is far from the best receiving option at the position. Unless he dominates in training camp, his spot will be usurped by his positional peers.

It is likely that at least two of these guys end up making the team, but finding space for all three will be tricky. Owamagbe is the likeliest cut at this juncture because of his off-field issues that have taken him away from the team, as well as his spotty performance thus far in his NFL career.

If not for injuries, Thomas may be the team’s lead backer heading into 2017. As it stands, he is far behind his positional group and has a contract that could save the team $3 million if jettisoned. Thomas could easily save his job with a solid and healthy training camp leading to a quality preseason.

Another numbers crunch will hit the safety position. The starters at each spot are set, with all of Landon Collins, Darian Thompson, and Andrew Adams being roster locks. That means it’s possible just one spot remains for every other safety on the team. Mykkele tried to extend his value by shifting to cornerback, but it may not work out. He needs to prove himself at both spots. Ihenacho is the most experienced of the bunch, but he is new to this locker room. And Berhe has never been able to stay healthy. The positional battle is officially open.

More NYG: Giants Players to Own in Fantasy Football