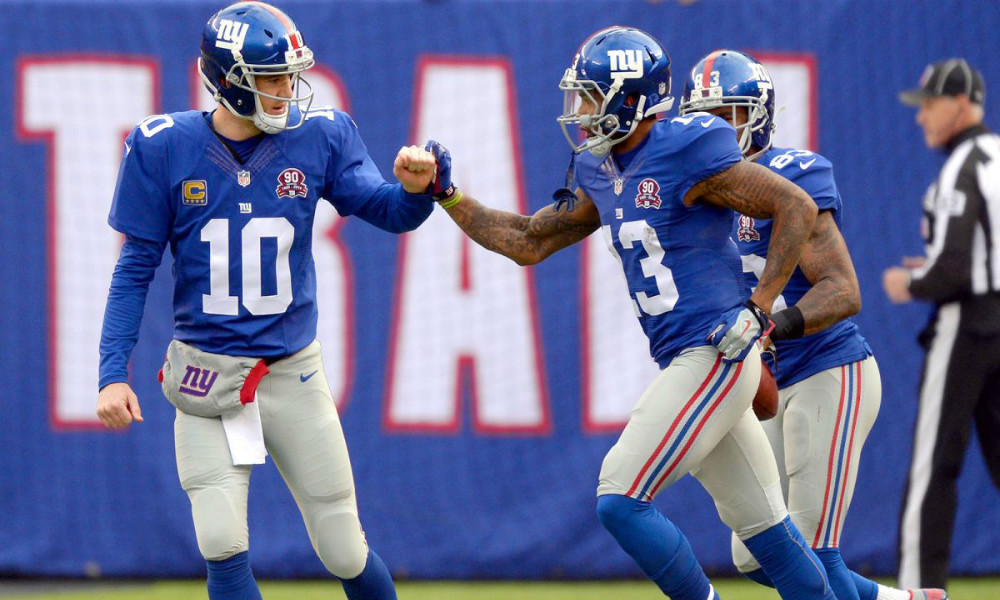 The New York Giants have Eli Manning and Odell Beckham Jr. on offense without much else that can be relied upon. With NFL free agency kicking off next week, here is a listing of some of the unrestricted free agent names the team should be targeting. (Photo Credit: foxsports.com)

NFL free agency is just around the corner. The New York Giants, like all teams, have a number of important decisions to make regarding their old players set to hit free agency, as well as which new players to target and bring in. We already covered the major outgoing players for the Giants on the defensive side of the ball. Now it’s time to address the offense.

ALSO ON BUZZCHOMP: How to be a Fit Girl!

Fortunately, New York has far fewer major pieces set to leave the offense. In fact, the biggest names departing are those who the Giants released: offensive linemen Will Beatty and Geoff Schwartz. The only major names who can become unrestricted free agents are guys who the team is probably fine with letting go anyway: Rueben Randle, Hakeem Nicks and some pieces at tight end. No one of significance is heading out the door.

However, that doesn’t mean the Giants are perfectly set up on the offensive end for 2016. On the contrary, they have a number of needs to fill, including those positions listed above (offensive line, wide receiver and tight end).

Here is a list of some pending free agents who New York should have its eyes on to fill out the offensive side of the football and bring much-needed help to Eli Manning and Odell Beckham.

The future of Victor Cruz is a complete unknown, yet the team still needs threats on the outside opposite Beckham. Randle never materialized into that, but a veteran capable of running proper routes and stretching the field is someone the Giants may have their eye on.

They will likely stay out of the bidding for the best wide receivers of free agency unless Cruz is released. As it stands, the team is already paying nearly 17 percent of its cap for that position, the seventh-most in the NFL.

Osemele may be the most sought after offensive lineman on the market outside of the pure left tackles. He can play tackle but also guard, and his flexibility fits perfectly with the unit New York is building. He will cost a lot, but this is a spot where the Giants should be willing to spend and need to spend.

If NY misses out on a top option like Osemele, there are other, lesser tackle options still available, although none will come cheap. However, if the prices are right, it may make sense for New York to grab more than one, since it only has three solid starting offensive linemen at the moment.

For a franchise that has fallen behind the times at the tight end position, securing a receiving threat and athlete here would be exciting…as long as he has better hands than those displayed by Larry Donnell.

Remember when Tony Moeaki was good? It’s been a while, but he had a pair of solid seasons in Kansas City a couple of seasons back. New York still needs to find a solution at tight end, and if they swing and miss on the bigger names, Moeaki is a cheap substitute with upside in the passing game.

There are a ton more players who will be available in unrestricted free agency, even more fitting these archetypes. What it comes down to for the Giants is they need to acquire an impact asset at tight end, a solid contributor at wide receiver and two viable offensive linemen capable of starting weeks on end. It’s a lot to ask, but there is a reason NY went 6-10 last season and has the 10th overall pick in the draft.