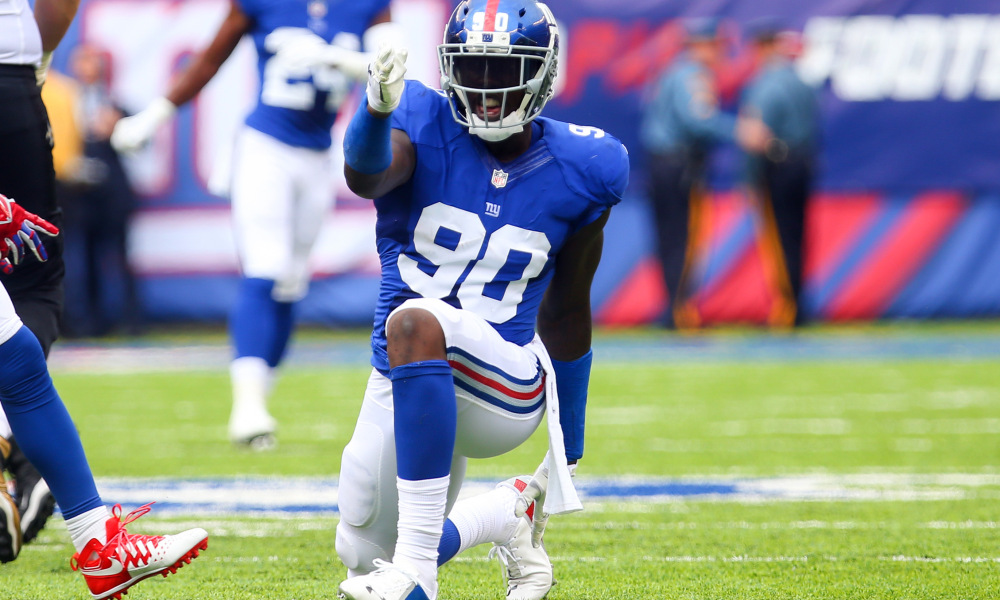 After the blockbuster trade of defensive end Jason Pierre-Paul, the New York Giants are rebooting their front seven on defense. New coordinator Jason Bettcher has a long road ahead, though, with what remains on the depth chart.

The biggest New York Giants news of the NFL offseason had little to do with the team’s first-round pick in the April draft. Instead, it was the trade of former Pro Bowl defensive end Jason Pierre-Paul. The trade – moving JPP to the Tampa Bay Buccaneers for a third-round pick and a fourth-round pick swap – amounted to little more than a salary dump. The Giants desperately wanted to get out from under Pierre-Paul’s massive cap hit in pending years, which they did here. The trade also leaves New York with a precarious depth chart on defense, though.

There were questions as to whether JPP could fit into new defensive coordinator Jason Bettcher’s 3-4 scheme. These questions seemed like excuses to trade the veteran rather than logical football concerns. If he had a more team-friendly contract, Pierre-Paul would have fit just fine as a 3-4 end or rush linebacker. Players less athletic and versatile than him had made the change before.

ALSO ON BUZZCHOMP: The Crimes of Grindelwald, an Examination

There also is a growing belief that this trade guarantees New York will draft end Bradley Chubb with the second pick in the 2018 draft if he is available (which he surely will be). This also feels questionable. Maybe the Giants do take Chubb at two, but in all likelihood, they would have still taken Chubb if JPP had not been moved. One wouldn’t lead to the other. That is too important of a selection to base it on whether another player can or cannot be dealt this specific month.

Without Chubb or a different rookie selected later in the draft, the Giants’ front seven is looking rather suspect. This would have been partially true had JPP still been around, but his absence is pretty glaring when looking at the remaining pieces.

According to ESPN, the current depth chart is as follows (added notes are mine and not from the ESPN report):

For the first time in quite a long while, the interior of the Giants defense actually appears to be its strength. With Harrison clogging the front, Ogletree and Goodson anchoring the center, and Landon Collins playing center field, NY is in really good shape. Of course, the edges seem as weak as they’ve ever been in this latest run for New York. Besides the questions along the front seven, there is no current depth at cornerback. A lot of work is ahead for Bettcher. Let’s hope the young man is up to it.