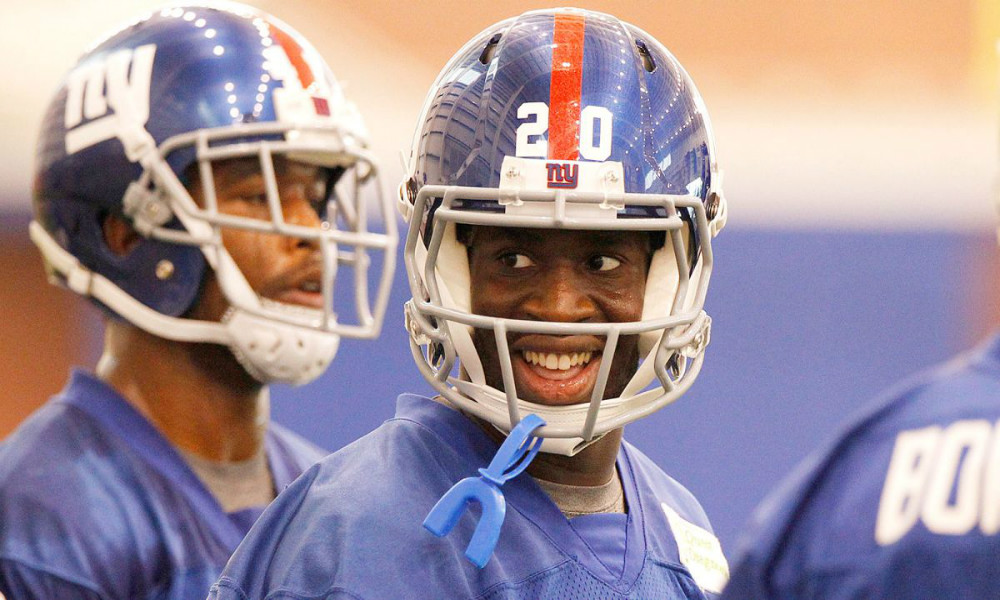 The New York Giants have important decisions to make before NFL free agency hits. What do they do with two of their biggest names on defense set to hit the market, Prince Amukamara and Robert Ayers? One should stay and one should go. (Photo Credit: foxsports.com)

NFL free agency is set to begin the beginning of March. With that deadline, the New York Giants have a number of interesting roster decisions to make as far as what players to retain and re-sign and which to let hit the market. The biggest decisions come on the defensive side of the ball where New York was very poor in 2015 and has a number of spots to fill regardless of who returns.

We’ve already discussed what the Giants should do about Jason Pierre-Paul, but what about the two other big names: Prince Amukamara and Robert Ayers?

ALSO ON BUZZCHOMP: The Simpsons Will Air Live Episode; No One Knows Why

Amukamara is intriguing because, when he is on the field, he is arguably the best defensive back New York has. He is a talented cover corner capable of playing bigger receivers as well as holding his own in the running game. The shortcoming of his game is the threat of injury. In his five NFL seasons since being drafted by NY in the first round in 2011, Amukamara has played 16 games just one time, 2013. In the next two seasons, he played just 19 combined games and has missed at least three weeks every year of his career outside of that 2013 season.

When he is on the field, the interception totals are lacking, but he makes plays and covers well enough to be a starting cornerback in this league. The question is, with his unreliable health, how much can a team afford to pay him?

Amukamara made close to $7 million this past season. The top corners in the league make well north of $10 million per season, but Amukamara will likely ask to be among that second tier of DBs. He also enters free agency as one of the younger players at the position at 26 years old. The movement around him will be heavy. Unless he offers the Giants a home-town discount to return, which seems unlikely, I say the Giants should let him walk. Let someone else pay full price for two-thirds of a season each year.

What about Robert Ayers, the “other” veteran pass rusher for New York that is a pending free agent? Ayers gets none of the publicity of Pierre-Paul, even though the former has pretty much out-played JPP these past two seasons. After joining the team in 2014, Ayers accumulated 14.5 sacks in 24 total games. He hasn’t been the epitome of health either, but Ayers has no nagging issues that could affect his future, and he missed just seven total football games his previous five seasons in Denver.

Ayers is coming off of a bargain-basement salary. No one really wanted him when the Giants took the plunge a couple of seasons ago. The story will be much different this offseason. Spotrac projects him to garner around $6 million per season on a three-year deal. For a starting pass rusher who has been pretty reliable for a couple of years running now, this sounds like an investment worth making.

While Pierre-Paul generates the hubbub, Ayers generates the sacks. And he should have 10 fingers at his disposal for Week 1 of the 2016 season.