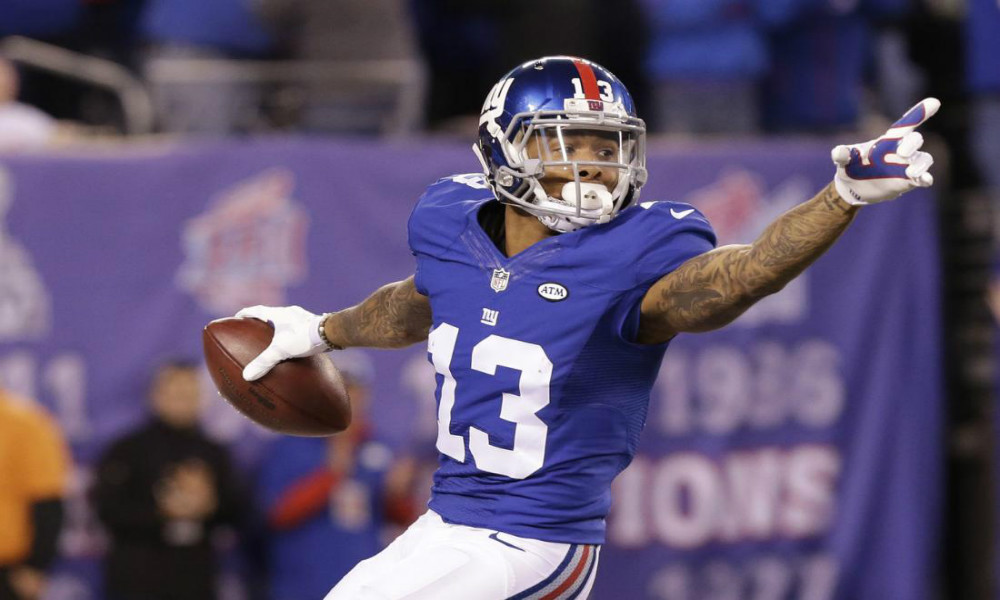 This is August, the month for fantasy football drafts. With the NFL season kicking off early in September, now is the time to create rosters and build a team with the most value heading into Week 1. Not every NFL team is as talented as its peers. For the New York Giants, they have some incredible assets but lack the depth of relevant fantasy players that other teams can boast. (Photo Credit: upi.com)

Everything fantasy-wise starts with wide receiver Odell Beckham Jr. He is one of the premiere fantasy assets in the league this season regardless of position. There is even a case to be made for Beckham being the number one overall selection in fantasy snake drafts. Consensus rankings at Fantasy Pros have him as the number two wide receiver and number two overall player behind only Antonio Brown.

After Beckham, there is a precipitous drop-off in fantasy-relevant talent on New York. In all honesty, no one else on the roster is even a guaranteed add in standard 10-team leagues. Of course, some guys will be worth taking a chance on and, in deeper leagues, need to be rostered. But OBJ is in a class of his own.

Quarterback Eli Manning is one of those players worth taking a chance on. He is a borderline top-10 quarterback with the likes of Philip Rivers, Tony Romo, Andy Dalton and others. It helps that Manning has Beckham to throw to. It also helps that he has become a nearly guaranteed 4,000-yard and 30-touchdown passer. Manning has no value in the running game and turns the ball over far too often, which submarines his value, but the counting stats are always there. Manning is one of the examples of how waiting on quarterback in fantasy can pay huge dividends.

Running back Rashad Jennings is another guy who could pay dividends for those who take a chance on him. Jennings isn’t the definitive starter for New York heading into the season, though most assume he is the number-one guy once camp breaks. He has never carried a huge workload in the past, which hampers his value, but Jennings is a quality back who has seen his carries go up each of the six years he has been in the NFL. For Jennings, his ceiling is stunted by the Giants’ depth at the position as well as his failure to find the end zone on a regular basis.

Shane Vereen is one of those backs that sucks value and touches from Jennings. Vereen is worth a roster spot in deep leagues, especially PPR leagues where his lack of carries won’t be as big of any issue.

The final two relevant fantasy pieces on New York are interesting and new to most fans. They are rookie receiver Sterling Shepard and the Giants defense. Both are worth fliers and could be big hits as long as a team won’t be relying on them for any baseline level of production.

It looks like Shepard is a shoe-in to be a starting receiver opposite Beckham. That alone helps his value. How good he is will be determined by his thus-far unknown talent level and how quickly he adapts to the professional game. For the Giants defense, it seems like a long-shot that the defense that gave up the most yards in the NFL in 2015 would be fantasy-relevant in 2016, but here we are. New York spent and spent and spent to upgrade this unit into at least mediocrity. Except, it could be much better than that. Janoris Jenkins is a risk-taker at cornerback; there is a load of depth in that secondary; and the pass rush is much improved. The pieces are there if the group can come together.

Throw in kicker Josh Brown and that about wraps up the NY players who will find themselves on fantasy rosters in 2016. I am not one to believe in a Victor Cruz rejuvenation, nor do I see Will Tye improving on his 2015 season at tight end. This isn’t a talent-rich club, but it is an interesting one.