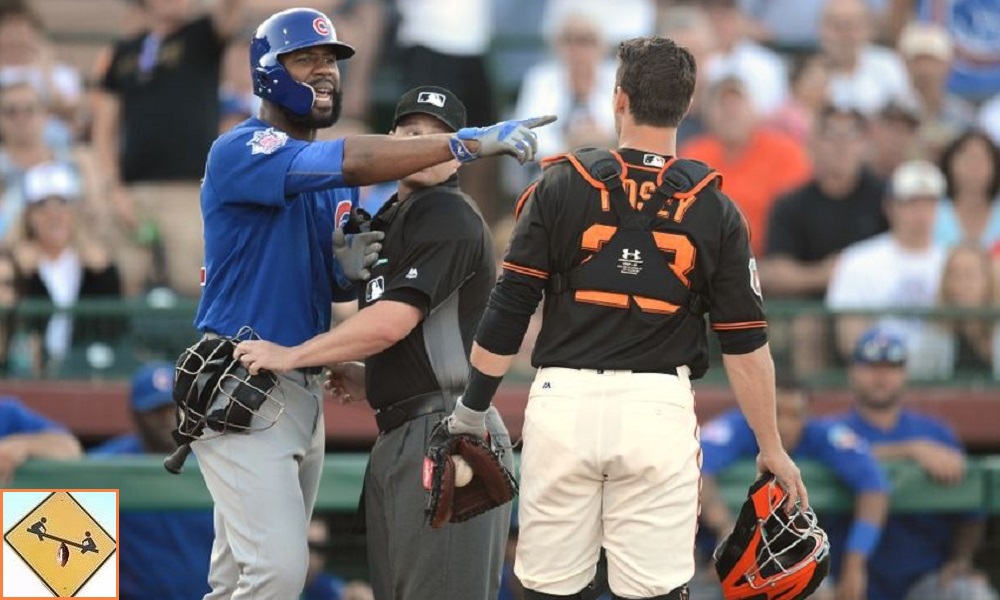 The trade deadline was bonkers and now the 2016 MLB Playoffs are a muddled mess of contenders. Some teams were both buyers and sellers, while others did nothing and should have. Who’s actually going to the playoffs?

That MLB trade deadline was bonkers. You have to admire the hauls contending teams gave up in order to put themselves in the best position to win this season. I feel like we don’t normally see such a sellers’ market. Everyone was fetching a huge return, even relievers who won’t see more than 15 or 20 innings the rest of the year. And then there were teams who sold off piece after piece, and why not? They kept getting big prospects back.

It’s hard to fault any of these top teams for pushing their chips in the middle. The Red Sox, Rangers, Indians, Cubs, Dodgers and Giants all are going for it to pretty big degrees. It remains to be seen if dealing away top prospects will end up being worth it. Obviously, it can’t finish that way for everyone on this list. They have to lose to each other at some point. That is the nature of the beast and why dealing for a shot at a title is a necessary yet risky proposition.

The Rangers may have made out the best of everyone, but not because of their specific acquisitions. Besides what Texas did for itself, it also really hampered its immediate threat in the AL West. The Astros are probably in trouble.

They needed a starting pitcher and that was before Lance McCullers went down with an elbow injury that will likely sideline him until at least September. He was arguably the team’s best pitcher this season. Now, Houston has a solid Doug Fister and questions everywhere else, not to mention the hole in McCullers’ spot. That spot was probably going to go to Scott Feldman, but in the only main trade Houston made at the deadline, it shipped Feldman out of town! Dallas Keuchel has been a shell of his 2015 self. Colin McHugh has been shaky. The Astros do not have enough pitching to make the postseason it would seem, let alone win a pennant. It has to be a really disheartening development for this squad.

I don’t have a clearer picture on who is going to win the 2016 World Series, but I feel comfortable in saying the Astros won’t be there. Also, what the heck are the Pittsburgh Pirates doing?! Somehow they may have topped Houston for worst deadline by attempting (and failing) to play both sides of the buyer/seller market.

It’s safe to say the 2016 MLB Playoffs are a muddled mess of contenders after the trade deadline. The Mets were buyers while the Yankees were sellers. The two New York teams proceeded to face off in their annual Subway Series, leaving with nearly identical records. Common sense says the Mets are better, but their records and positions in the standings tell a different story. It’s a similar tale for many of our other buyers and contenders who are now going for broke.

While I understand why the Mets were buyers and agree they should make a push to return to the World Series, I have no clue what the Astros or Pirates are going for. They both confused fans and media alike with their wishy-washy practices. Houston is three and a half games back of the AL Wildcard, while Pittsburgh is currently three games back of the NL Wildcard. You know who else is three games back in the National League? The Colorado Rockies who, barring a miracle of sorts, have no business in the postseason. One team that remained quiet was the Detroit Tigers. Why? They are only a half game back of the AL Wildcard, with tons of talent to build around.

My general feeling about the league this season is that nearly everyone is pretty even at the top. One player would make a huge difference on a ball club, especially in the starting rotation or the cleanup spot of a lineup. That’s why what Texas did made so much sense. But based upon who was buying and who was selling, its unclear which teams actually believe in themselves. Since this is an opinion based argument to begin with, I’ll make some decisions for them.

In the American League its the AL East, the Rangers and the Indians. That’s it. The three teams atop the East are all very good, as are Texas and Cleveland. I don’t believe in the Tigers nor the Astros. If we are using the Yankees as a barometer, its pretty clear who is good and who isn’t. The Yankees have won consistently against everyone except those top teams. Houston probably should have been a seller, because their season has been derailed. The same is true in Seattle. If I had to pick one team that looks best right now, it would be the Toronto Blue Jays. While Texas made some great moves, I just like what Toronto is doing more. I’ll be rooting for Cleveland, but they have work to do.

In the National League its Washington, Chicago and San Francisco. The Marlins are a nice story and the Dodgers want to be better than they are, but I’m not buying it. St. Louis is a dark horse only because they seem to be twice as good as they should be once the playoffs get started. But I don’t believe they make it. Los Angeles gets written off because Clayton Kershaw is still hurt. Without him they just don’t scare me. It’s a real toss-up between the three top teams, but I lean towards San Francisco because of their experience and history of winning in even years. I’ll be rooting for the Cubs, because a Cubs vs Indians World Series is the ultimate underdog story. It’s a once in a lifetime matchup and both teams can’t lose.