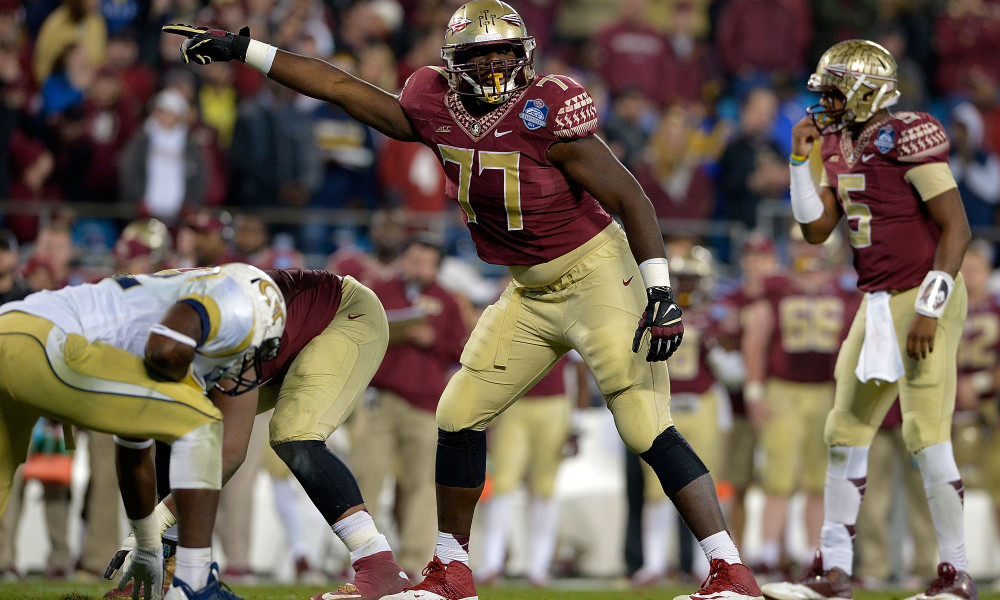 There remain a lot of questions about which direction the New York Giants will turn in the 2017 NFL Draft. The team, though talented, has a lot of needs. The first round garners headlines. However, the middle rounds of the draft are when teams build their vital depth.

Courtesy of my coverage at Pro Football Spot, here are some draft profiles of a few of the prospects the New York Giants should be eyeing on the second and third day of the NFL Draft.

“Sprinkle isn’t going to be a first or second day selection anyway. In terms of all-around game, though, he is probably the best tight end talent in the draft. There is no Howard-level ceiling to his game, but there will also be no need to take him off the field, regardless of the formation or down and distance.”

“His technique needs work, as is the case for a lot of linemen entering the pros. That is what offensive line coaches are for. Few guys come in as finished products. Perhaps Johnson’s game has more mistakes than others, but he possesses all the tools to excel. That much cannot be said of everyone entering the league. If Johnson escapes day two of the NFL Draft and is still available in round four, he will be a major target.”

“People seem low on Perine’s pro prospects. CBS Sports gives him just a fourth-round projection, ranking as the ninth-best running back. There are reasons to love this kid though. He is a powerful runner with a strong frame. Perine led all backs in bench reps at the combine. He has a nose for the end zone and can get all the tough yards on a football field.”

“New York will obviously not even consider Gonzalez until late in the 2017 draft. Even then, he might never be called. However, with how everything else shook out at the kicker position, there is some value to be had in locking up Gonzalez with one of the team’s final selections. It isn’t always advisable to draft a kicker. This year is an exception.”

Each full profile can be read at PFS by following the player links.