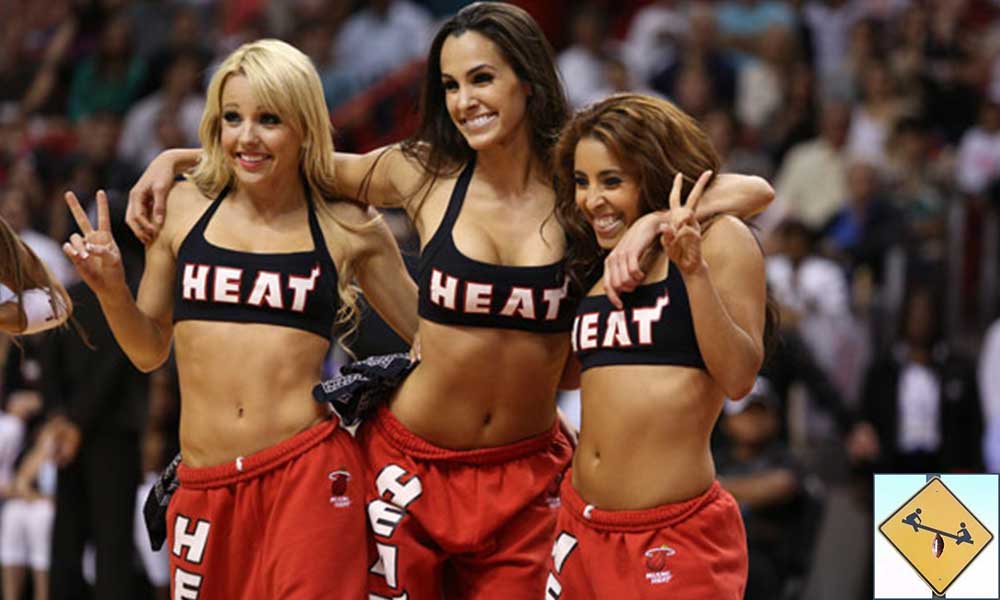 Who will claim the final playoff spots in the Eastern and Western Conferences? Major competition heading towards the NBA Playoffs 2017. Underdogs rule!

With just a couple of games remaining in the NBA regular season, there are a surprisingly high number of playoff spots still up for grabs, specifically in the Eastern Conference. Only four of the eight spots in the East have been clinched as of this morning. Though seven different franchises are technically still alive, the four spots really come down to five teams: Milwaukee, Atlanta, Miami, Chicago, and Indiana. One is going to miss out on the NBA Playoffs 2017.

Atlanta and Milwaukee are ahead of the pack in the loss column, in that they have two and one fewer loss respectively than the others. All three of Chicago, Indiana, and Miami are tied with 40 losses.

Miami has four games left. All four are against the best teams in the conference: Toronto, Cleveland, and two against Washington. Since Toronto and Washington are tied in the top half of the conference, neither will be resting too many guys down the stretch. The Cavaliers might, but this is still a gauntlet of a schedule. Indiana has games against Orlando and Philadelphia, as well as one against Atlanta. The first two games are on the road, but this is still a pretty favorable end, especially since the 76ers have shut down everyone of note at this point. Finally, Chicago is sitting prettiest. It has three games left: two against Brooklyn and one against Orlando. I feel like the Bulls are the worst team of this bunch, but it would be hard to imagine them not winning out and grabbing a spot. I think Miami gets left home. The Heat’s schedule is just too daunting.

Not that it matters much. These teams are going to face Cleveland and Boston respectively in the first round of the playoffs. The real fascination in the East will be once the top four teams advance.

In the Western Conference, seven of the eight spots have already been claimed, though seeding is still up in the air. The eighth seed will belong to either Portland or Denver. This spot really doesn’t matter. The winner plays Golden State in round one. Of more interest to me are the teams that missed the playoffs in the West.

New Orleans, after the trade for DeMarcus Cousins, never figured out its style or pace of play. Cousins put up monster numbers, but the team struggled with him and Anthony Davis on the court together. Point guard Jrue Holiday was particularly bad after the trade. And now there’s a solid chance the team loses its first-round pick to Sacramento (the pick is top-three protected). Where does this team go? Holiday is set to become a free agent, and we aren’t sure if Cousins and Davis work as a pairing. The Pellies need a lot more shooting regardless. Their lack of wing talent is apparent. Even fixing that isn’t a guarantee the spacing and defense can work with the two bigs though.

Minnesota also missed the playoffs. With (supposedly) one of the best young rosters in the NBA, the Timberwolves were supposed to take a leap in Tom Thibodeau’s first season as coach. Instead, the Wolves were not a good defensive team and could finish with the third-worst record in the conference. And with the successful tank jobs by Phoenix and Los Angeles, the third-worst spot was really the only one up for grabs anyway. Making the playoffs as an eight seed and getting swept by the Warriors isn’t much to hang your hat on, but I can’t helping feel that doing just that would have been very beneficial to both the Pelicans and Timberwolves this year.

It’s ironic how in both the NFL and MLB, when the final playoff spots are up for grabs with less than a week to go, everyone gets SUPER excited. Some might even call it the most exciting time of the season. Those final spots really matter, as wildcard teams in both sports consistently make deep playoff runs. Yet in the NBA, competition for the final spots in the postseason is practically irrelevant. The probability of a seven or eight seed winning its first round matchup is so low it’s not worth doing the math.

I for one choose to celebrate this late season competition for the final spots in NBA Playoffs 2017. Miami’s schedule is definitely a mountain to climb for it to reach the Eastern Conference playoffs, but the Heat are only a half game back. Considering the team actually has a positive point differential, unlike the four teams currently ahead of them and in the playoffs as of Friday morning, I believe Miami claims the 8th and final spot in the East. Indiana or Chicago will be on the outside looking in as the season comes to a close.

Out West I’d personally like to see Denver claim the final playoff spot, but it’s not happening. The Nuggets are a full game and a half back of Portland and 4-6 over their last ten games. The Trail Blazers have been playing well, going 7-3 over their last ten. They will earn the right to face Golden State in round one.


One team truly surprised me of all the NBA franchises missing the NBA playoffs 2017. The Dallas Mavericks need to be competing in the playoffs during Dirk Nowitzki’s final seasons. I suppose there’s always next year.