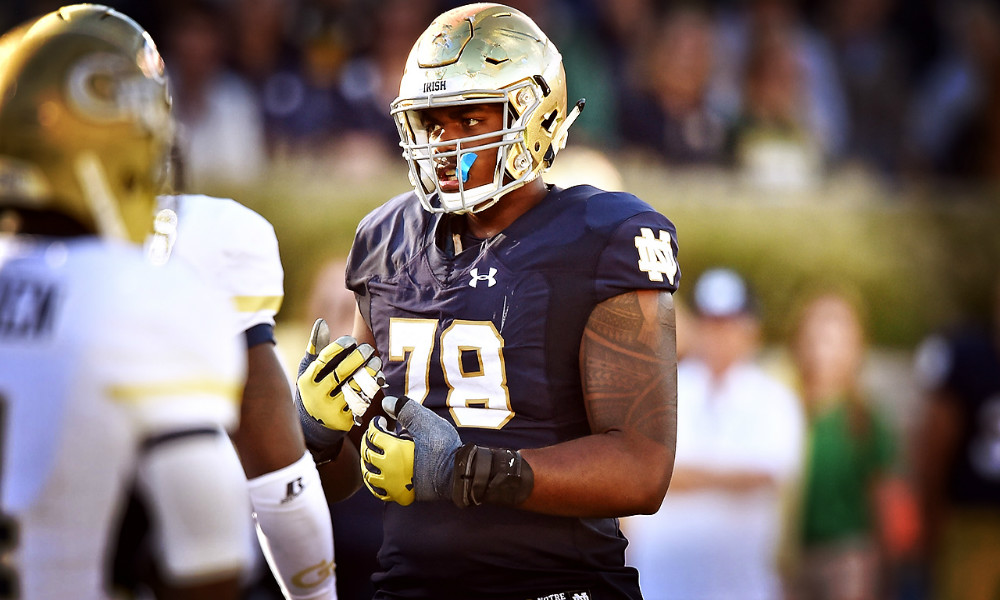 The New York Giants will be on the clock for the 2016 NFL Draft soon enough. Continuing with the cornerstones of the offensive line, here are some of the players the team should be targeting when its pick comes up. (Photo Credit: scout.com)

Our New York Giants draft coverage began a couple of weeks ago with the juxtaposed approach of highlighting players that the team should avoid selecting with its top pick: the New York Giants’ 2016 NFL Do Not Draft list. Then, I began to come around to useful knowledge; namely, players and positions the team should be focusing on, beginning with defensive pass rushers.

Next up on the listing of players and positions to target with the 10th overall selection is offensive tackle. Though the Giants drafted offensive linemen early each of the past few years, the unit still needs starters as well as depth. It was that bare. The guys who are in uniform already have the flexibility and varying skill sets to allow New York to simply take the best offensive lineman available at ten and figure out the rest from there.

Laremy Tunsil out of Mississippi is the best of the bunch this year along the offensive line. He may be the best all-around player period. Thus, Tunsil will be long gone by the time the Giants pick. But the rest of the crop should be there for the taking.

The next two guys at tackle are Ronnie Stanley from Notre Dame and Jack Conklin from Michigan State. These two guys have nearly identical builds and should each be selected somewhere around the early to middle of round one.

Stanley could have come out last year and entered the 2015 NFL Draft, but decided to give it another year. After 2014, he had played an entire season at right tackle as a redshirt freshman and then a season at left tackle. Although he didn’t boost his stock into top-five overall pick discussions, he also didn’t hurt himself by playing another year in school. After all, he was named a second-team All-American.

For Conklin, he too has some experience at both tackle spots, but not nearly to the degree that Stanley does. Conklin is the prototypical bruiser at the left tackle position. He isn’t any bigger physically than Stanley, but plays bigger and scrappier. One NFC North scout described him as “tougher than old beef jerky,” according to NFL.com.

If New York goes the route of o-line and both Stanley and Conklin are available, I prefer Stanley. He already has the lengthy experience at both tackle spots. According to scouts, he is also the quicker and nimbler of the two players, with elite hand strength and placement. While Conklin has the advantage in terms of core strength and power, shifting opponents where he wants them to go, Stanley is the better athlete. And strength can be built up where foot quickness isn’t accumulated in the same manner.

Beyond these two, there is a drop-off in talent at the position. The next batch of guys will be considered later on in the first round or into the second round, where guard/tackle types start coming off the board. The Giants may have the option of one such player with their second-round pick, which is always the tricky balance of the draft. If they rate, for example, Taylor Decker out of Ohio State closely to the aforementioned guys, it may be more fruitful to see if he falls to them in the second and use the first on another position. Alas, if Decker gets snatched up in the mean time, the plan is foiled.