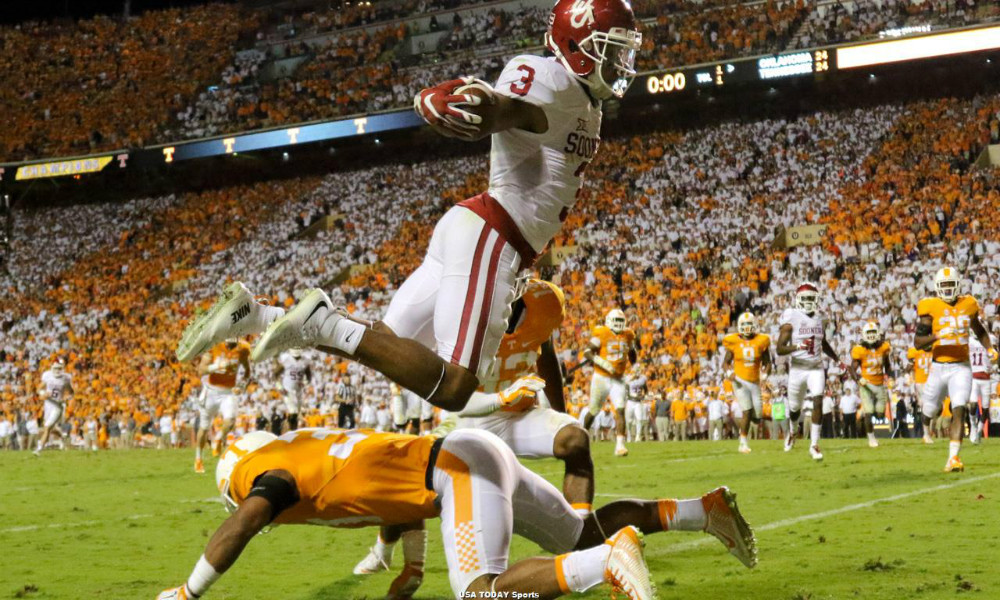 The New York Giants are finished with the 2016 NFL Draft. How’d they do? It’s too soon to really know for sure how each selection will pan out, but it’s not too soon to grade and argue and judge them for the picks they made. (Photo Credit: scout.com)

The NFL Draft, the biggest non-gameday event of the football season, is in the books. It began with two trades at the very top and continued with trades throughout. One of the very few teams who stood pat and decided not to make any draft-day moves in either direction (trading up or down) was the New York Giants. New York came away with six players; some better selections than others.

It takes years for anyone to know for sure how a team’s draft turned out. Just because a certain player was deemed a reach on draft day doesn’t mean he can’t become a star in the league. And vice versa; just because someone was selected at great value doesn’t mean he won’t flame out or never make it. These are still human beings entering a rough professional league for the very first time.

ALSO ON BUZZCHOMP: MLB Season Frauds and Surprises After One Month

With that said, we can grade a draft based on perceived value and organizational decision-making. That is what I will do for the New York Giants’ 2016 draft. We should check back around 2019 or 2020 to see who actually panned out. But for now, the value and intelligence of the picks themselves will have to suffice.

The Giants began their draft by selecting Ohio State cornerback Eli Apple with the 10th overall pick. I discussed this lone selection the day after it happened. It was a poor choice for a number of reasons. First, cornerback was not an area of dire need for the team. It already has its two starters pretty much set in stone. Of course, if a corner happens to be the best player available then so be it. However, Apple was not. Two stud talents fell past the 10th pick. The Giants could have selected either one. Them being Laremy Tunsil and Myles Jack. Not only were these the best two players on the board; they also filled areas of need for the roster: a win-win. New York passed on both and then also passed on who was perceived to be the best DB on the board at the time, Vernon Hargreaves. This last point I won’t hold against NY because it has scouts who obviously like Apple better. It was just a matter of taste, though that doesn’t excuse the first two points.

In the second and third rounds, New York made up for the Apple pick with two very good selections in wide receiver Sterling Shepard and safety Darian Thompson. Both players are talented enough and fill holes in the roster, meaning they may find themselves in the starting lineup by Week 1 of the 2016 season. Shepard may start opposite Odell Beckham or in the slot in place of Victor Cruz if the latter never makes it back. Either way, the Giants needed another weapon on the outside. And they certainly needed a ball-hawk and pass defender at the safety position. Free safety is a barren wasteland and Landon Collins is more comfortable in the box, near the line of scrimmage. If Thompson is good enough, the starting job is his for the taking.

Linebacker B.J. Goodson was the next selection. New York is weak at linebacker and who mans the entire starting corps remains up in the air (which is why gambling on Jack would have made so much sense). Goodson will get his chance. As will running back Paul Perkins, the fifth-round selection. Running back is a lot like linebacker for the Giants: they don’t spend major assets on filling the position and have a large handful of possible players to get time at the spot, but no one is a star or even a guaranteed starter at this point. Perkins will have to battle with the four other backs on this team, but his slashing style may find its place.

The final five picks all made sense for the team. I question the fact that NY came away with zero offensive or defensive linemen the entire weekend. It is just how the decisions fell; the team obviously didn’t avoid those spots purposely. So I suppose holding back from reaching for a trench player is something to be applauded. I also continue to question the first selection made, which is often the most prominent and most important. Though a team can build a healthy and full roster without hitting on first-round picks, the drop in pure talent makes it difficult. Not that Apple isn’t talented enough to have been selected in the first. But the move didn’t make sense with all the other parameters at play. That downgrades the Giants’ overall draft for me but doesn’t kill it.

More NFL Draft: Falling Stars in Round One Lead to Regret