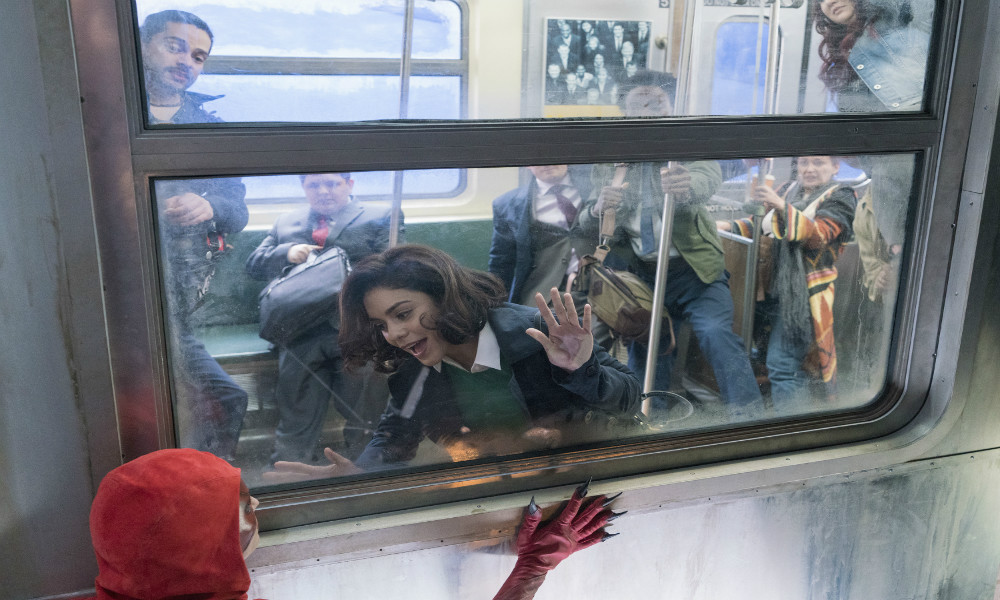 NBC takes another stab at the world of superheroes with its new show, Powerless. This has a different spin than anything that’s been tried in the past, but there is no evidence that that will help. (Photo Credit: collider.com)

Yesterday, the official trailer (which turned out not to be official in the least and was removed from YouTube by NBC Universal on copyright grounds) for NBC’s new sitcom Powerless was released. The plot is pretty simple and is something another network vaguely tried in a different manner. Powerless takes place in a superhero universe but follows the story of the normal schlubs, the ones with no super powers. While ABC took a crack at a show like this, its was an hour-long drama set in the universe, following serious business. For NBC, its attempt is a comedy that wants to have fun.

From what I remember of the trailer before it was taken down, the show seemed iffy but presentable. By that I mean it didn’t look like something one would call “good” but I understood the idea and felt it could work with time. It was silly. That’s the best way to describe the show: silly.

ALSO ON BUZZCHOMP: New York Giants Should Expect Nothing From Victor Cruz

There is nothing wrong with silly, if that is how the show actually ends up being. We all know trailers can be incredibly misleading, even actual official trailers released by the studios. Making a trailer, specifically for movies but also television, that doesn’t ruin the plot but gives enough away to intrigue people, is difficult business. Occasionally the trailer is done too well and the product is crap by comparison. Other times, the trailer makes something look horrendous when the product ends up getting good critic reviews. So the trailer isn’t everything, but the trailer for Powerless made it look like a silly romp.

In this day and age, that doesn’t feel like an idea that will catch on. On the other hand, maybe that’s the natural and desired next step for this superhero overflow. We break away from the main heroes but instead of continuing to live in that dreary world of bad guys and apocalypses, we have jokes about powers and lack of powers. In one scene from Powerless, an employee hits a co-worker in the back with a metal folding chair in an attempt to see whether or not he was a superhero. Apparently he wasn’t. It was, as I said, silly.

The show stars Vanessa Hudgens, who I’m not sure should be the lead of any vehicle. Kate Micucci is in it, who is a good standup comedian but may not be a good actor. Danny Pudi is in it, who is a good comedic actor but is not playing Abed in this (why not??). Powerless also takes place in the DC comic universe. That doesn’t necessarily mean it’s going to be worse than a Marvel counterpart, but from the evidence we have to this point, it doesn’t help.

I will have to wait for the real, official trailer to make final judgements, but for now I’m keeping my distance. It looks like a good premise with just average execution. At least it will be silly.

More TV: Daenerys Strips Down to Gain Power in GoT