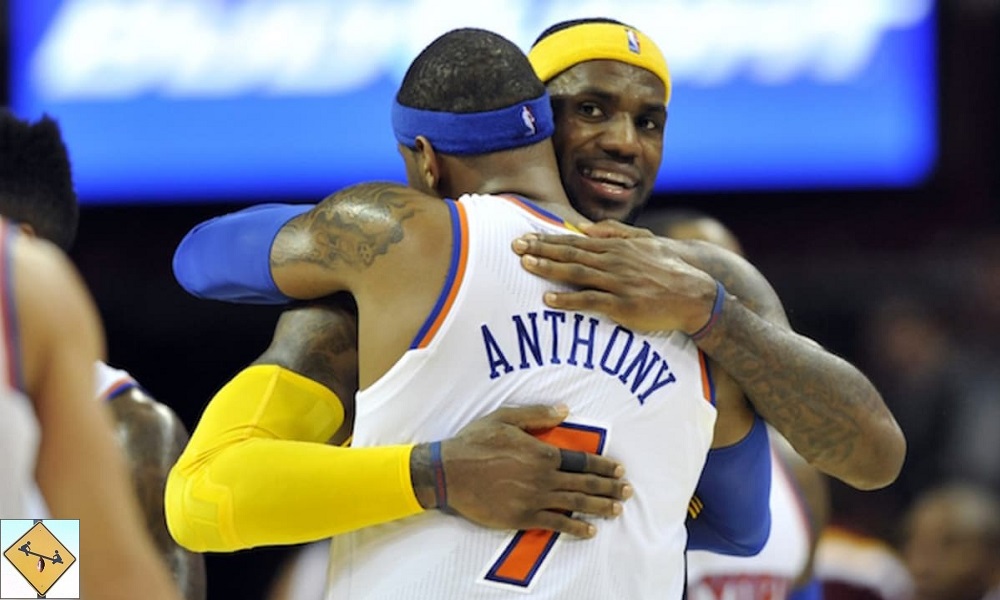 The Oklahoma City Thunder have built a super team by adding Carmelo Anthony, but are NBA Super Teams actually better than real teams with complementary players? We debate.

Over the weekend, Carmelo Anthony made news by announcing an increase in the number of franchises he would waive his no-trade clause for from one to three. Seemingly seconds later, the New York Knicks traded Anthony to one of those new options, the Oklahoma City Thunder.

Carmelo joins new Thunder teammates Russell Westbrook and Paul George, forming a big three for the modern era. Anthony also joins George in acquisitions that feel like incredible buy lows for OKC. Without jettisoning any building blocks (since the team really only had one to begin with), it has acquired two star players to pair with the reigning league MVP. That is some creative work.

ALSO ON BUZZCHOMP: The Emmys are Fine; You Need a Better Show

The question now becomes whether Anthony makes this team prohibitively better. On a team with Westbrook, Anthony will not be allowed to dominate the ball like he is used to. The Thunder’s best use of him will likely be as a floor spacer and secondary attacker, though he is just a 34.6 percent career three-point shooter and has topped 40 percent just once in his 15-year career.

Anthony never liked playing power forward as a member of the Knicks, though that is his most useful spot in this current NBA. The Thunder will have a starting lineup of Westbrook, George, Anthony, Steven Adams, and probably Andre Roberson. Roberson and his two new teammates are somewhat interchangeable, though Anthony is the weakest defender of the trio. It doesn’t much matter what positional label he is given. It’s a matter of fit.

Like Chris Paul joining Houston, this OKC trade feels like an odd or poor fit. Paul, at least, is an elite shooter, unlike Anthony or even George. In this day and age of super teams, is acquiring talent the most important goal? Or would you feel more inclined to gathering complementary pieces to form a real “team”?

If winning a championship is the goal, then forming a real team is better than creating a super team of All-star players who do not complement one another on the court. Defense wins championships. NBA super teams who can play great defense win championships. Simply having a ton of talented players does not get you anywhere come playoff time. Without a strong bench who can hold a lead, a super team is destined to fail.

If raising the credibility and stock of your franchise is the goal, then forming a NBA super team is a great idea. The more talent on the floor night after night, the more fans will turn out to watch. The more jerseys you will sell and the more attractive your team is to other NBA players. Oklahoma City was already near the top of the Western Conference. Adding Carmelo Anthony to the Thunder does not elevate them above the Golden State Warriors or San Antonio Spurs. Both Houston and OKC are still fighting for third place, but the battle is infinitely more exciting now!

We don’t consider the Michael Jordan led Chicago Bulls to be a super team. Nor do we consider the Kobe and Shaq Lakers to be one. That is because both teams had a complementary team around their two super stars. The San Antonio Spurs won championships this way as well. Golden State built this type of team, while also being a super team. Two great players are almost a necessity for such dominance. Having three guarantees nothing, unless one of them is an excellent defender.

All of this talk about NBA super teams comes down to defense. Kevin Durant is an incredible defender. So is LeBron James. Both are unselfish basketball players as well. They take over when necessary and facilitate with the best of them. OKC does not have that type of player.