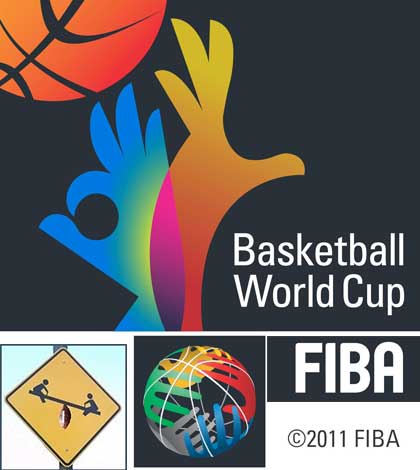 I get it, on paper it makes sense to push the FIBA world cup of basketball after the huge soccer World Cup. And you need to give time after the end of the NBA season before the tournament starts up. But holding it during the march to kickoff in the NFL and college football feels foolish.

Maybe I’m missing the bigger picture. the FIBA tournament is for the world, not for America. The world is not so enamored with football. They have their own version that we call soccer. So stealing world attention from America’s game and placing it on the NBA isn’t a bad idea, but it’s also not great one either.

The only way the FIBA tournament is exciting and worth watching is if the BEST NBA talent participate. But what is their motivation for doing so? Why would they risk their health, careers, and future fortunes to win a trophy that has yet to matter? At least with the Olympics they are playing for their country. But if the country doesn’t care, the idea of national pride pretty much disappears.

I’m not sure the timing can be improved upon. The NBA season runs from November through June. Where else can this be played unless you’re going to go the NHL Olympic route and have players leave the NBA season for two weeks to play for their countries. I don’t see that flying in basketball.

The football ratings are a concern, but as you mentioned, that may just be a centralized America thing. Does Finland or Turkey or Spain care that football is underway? The national TV ratings will be bad this whole month I’m sure. I just don’t know if that’s actually a concern or not for FIBA.

Your final point is certainly a concern though. The talent has to be there and has to play. This B or even C-Unit that America sent this year won’t fly long-term.

You put the chicken before the egg though (or you put the egg before the chicken…however that is supposed to go). The country won’t care UNTIL the best NBA talent participates. Once that starts happening, this basketball World Cup will be more popular. Patriotism isn’t going to work in reverse. Citizens aren’t going to watch Kenneth Faried and Klay Thompson year after year and cheer their brains out to draw the interest of LeBron and Blake Griffin.

Which brings me right back to my original point. FIBA and the NBA are trying to market this as THE international basketball tournament, better than the Olympics. That only happens if the stars play in this instead of the other. And THAT only happens if rules are put in place to remove NBA guys from the Olympics. Otherwise, what’s the point of changing what ain’t broke?

So the basketball world cup’s hopes rest on the IOC doing something helpful for another organization I guess. Ugh…good luck with that.

I’m happy you mentioned the IOC, because if ever a corrupt organization deserved to lose its most popular asset its them. The NCAA is a close second at this point, but the IOC has certainly earned itself a karmic bath of justice. Losing Olympic Basketball hurts the entire Olympics. They deserve to have that happen, but does the world deserve to lose the best part of its one unifying entity?

The Olympics may be the only thing that actually brings our world together. Sports are great like that. I realize we aren’t talking about cutting out basketball, but if the NBA bans its players from participating then most of the drama and excitement is gone. They might as well have lost the sport.

I can’t get on board with growing a tournament at the expense of something bigger and better that we already love. If the only way to get top NBA guys to play in the FIBA world cup is by not allowing them to play in the Olympics and therefore making it the only manner of playing for your country, count me out. That type of action deserves a boycott. Talk about hate mail. Hate tweets. I don’t see anything good coming from such an action.

Now would we be having this conversation if Paul George didn’t get injured earlier this summer? I’m not so sure. His injury led to a ton of NBA talent backing out of the world cup games. And they should rethink such a commitment during their off season. Team USA basketball is an amazing thing, but running your body into the ground because you chose not to rest is just stupid.

[If you missed Part one – NBA touts FIBA to unknown audience]