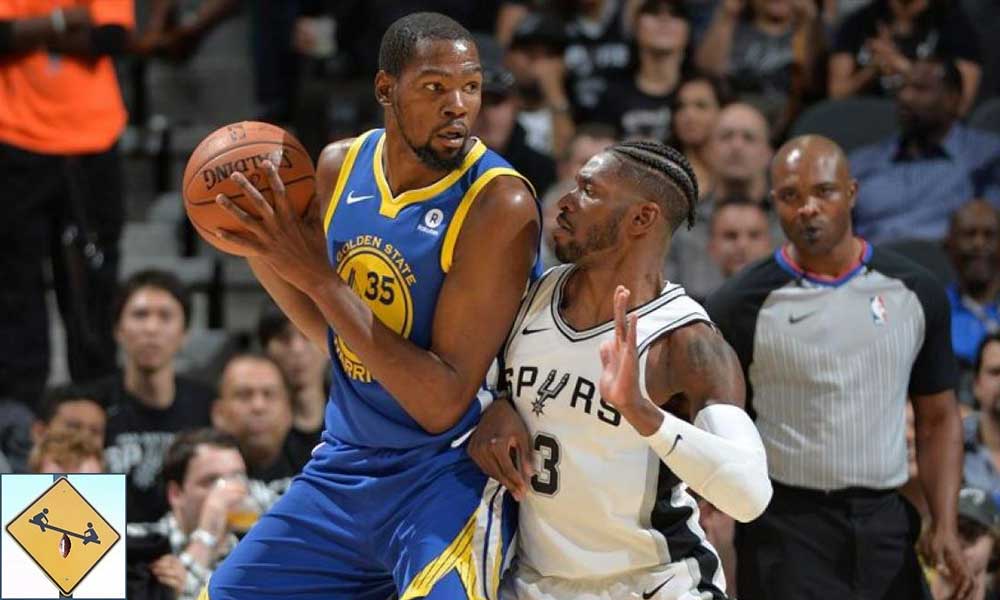 Only in the NBA does losing offer benefits for the best and worst teams. The NBA Playoffs 2018 exemplify this, as it appears several teams rigged cupcake 1st round matchups.

The matchups are set. Games are now underway. The NBA playoffs 2018, AKA the longest stretch of basketball with the most uninteresting matchups since the NBA regular season, commences. This season, since people need content and discussion points, folks decided to imply that someone besides the Golden State Warriors is actually going to win the title. Some “analysts” have gone so far as to not even declare Golden State the favorite anymore.

We can get into that ludicrousness more as the playoffs proceed. For the opening round, I am concerned with matchups; specifically, how do you feel about teams trying to purposely lose and arrange late-season outcomes to set a specific first-round and potential second-round opponent?

No one does this in football, baseball, or even hockey because those sports’ playoffs are too fluky. Anyone can win any game in football. Momentum is only as good as the next day’s starting pitcher/next game’s goalie performance. These types of sports don’t lend themselves to arranging specific opponents as often as basketball. Basketball is almost tailor-made for such shenanigans.

It is hard to tell if anyone participated in this disturbance in 2018 because the standings were so tight. Teams could fight for a seed only to see their prospective opponent rise or drop three spots in two days. By the end of the season we had five positional ties in the two conferences and three other spots separated by a single game in the standings.

That said, everyone in the East definitely wanted to play Indiana in round one but Boston in round two. It was tricky maneuvering because those two outcomes don’t align. The four-seed (Cleveland) gets the Pacers in the first round. But the three-seed (Philadelphia) is lined up to face the depleted Celtics if both teams advance a round.

Out West, things were decided at the top but even more fluid at the bottom. I would rather be the Warriors than the Rockets, set to face Portland in round two, as opposed to the Thunder. If Kawhi Leonard remains sidelined, I would also rather face San Antonio in the first round over Minnesota. Golden State caught the best of both worlds as Steph Curry gets back to full health.

There is also an argument that Portland would have been better off dropping to fourth: the defense-only Jazz in round one, led by a rookie go-to scorer and potential Defensive Player of the Year who can be still be exploited on the perimeter by pick-and-roll guards (like the Blazers happen to have in spades) and then the Rockets instead of the Warriors in a potential round two.

The NBA rewards losing at the bottom of the league for draft lottery purposes. It seems it can also reward the best teams for planned and specific losing when it comes to playoff seeding, though few squads are lucky enough to take advantage.

On the surface it seems silly to infer that teams intentionally set themselves up for first round cupcake matchups in the NBA Playoffs 2018, especially when Golden State is playing the San Antonio Spurs. But the Warriors lost 10 of their final 17 games and are without their best player in round one. They definitely gave away victories down the stretch, but the Spurs may have as well. San Antonio went 5-5 over their final 10 games and get to play a hobbled Warriors team with revenge on their minds, rather than Portland or OKC. This is not to say that they have a real shot of beating the defending champs, but its a better matchup in my opinion for both sides.

Basketball is probably the easiest sport to give away a victory. I’ve chosen my words carefully, because teams may miss a few shots or make a few bad passes, but this does not guarantee a loss. If they took this tactic over 10 games, I would think they lose at least six or seven of them. This is huge when a half game decides playoff seeding.

Things are even more clear in the Eastern Conference. Cleveland finished only two games behind the 76ers and lost their final game. The Cavs did not want to play Miami in round one. The Heat won their final game and face the streaking 76ers rather than the Celtics, as Milwaukee lost its final game and gets Boston. I realize choosing to face a team that is on a 16 game winning streak seems foolish, but the Celtics are more experienced and a harder out that Philadelphia in my opinion. Whether or not serious decisions were made regarding winning or losing, the facts remain the same.

The NBA, like all other sports, rewards winning and therefore inadvertently rewards losing as well. Yet the gains from losing are painfully obvious in the NBA, while they are relatively null and void in the other major sports. Outside of draft positioning, there is rarely an obvious competitive advantage from trying to set up your playoff opponents. The NBA is the exception, especially when injuries are involved. One player can make or break a team, so cupcake playoff matchups are available for those willing to take them. The NBA Playoffs 2018 have trumped up some teams, but the best are still the best, set up to go all the way once again.