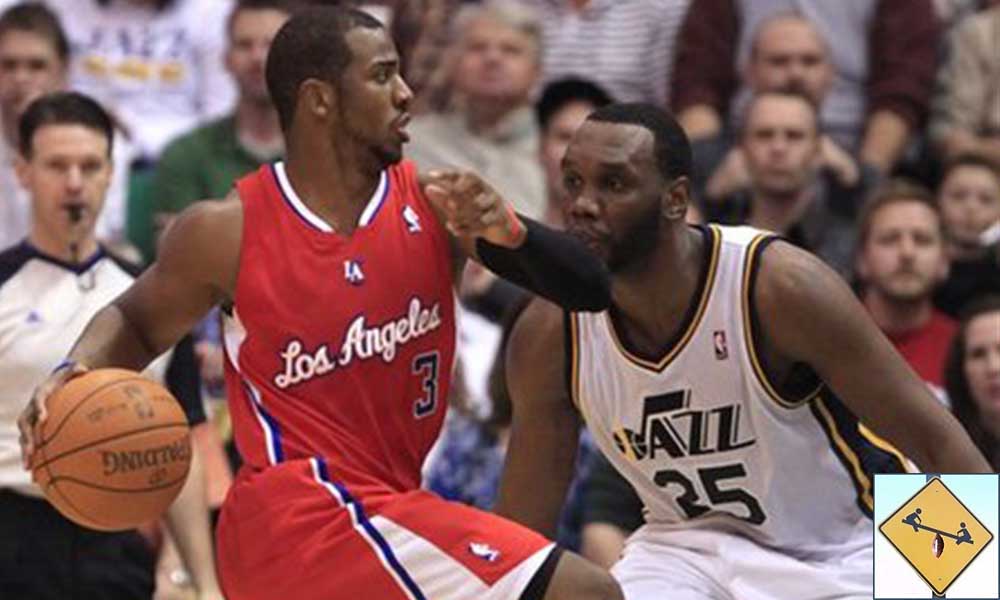 First round NBA upsets usually suck, but this year we’re rooting for chaos. Break up the Raptors and Clippers. NBA Playoffs 2017 debate.

As of Monday morning, only one team has advanced to the second round of the NBA playoffs 2017. That would be everyone’s favorite favorite to collapse: the Cleveland Cavaliers. The Cavs haven’t collapsed yet, though their defense has been really bad, and they required some tremendous comebacks to complete their sweep of the Indiana Pacers.

Every other series is still in progress, including some major surprises. And for the first time in quite a long time, I am a fan of the upheaval.

Normally, I am the Ebenezer Scrooge of underdogs. I hate underdogs; I hate rooting for them or seeing them win. It upsets the balance, and they are almost always undeserving of accolades. Every time an underdog advances, be it in the NBA playoffs or NCAA Tournament or any other postseason, it shrinks the validity of the regular season to something approaching meaningless. This is already the case in the NHL, where just getting in is all that matters. But it is rare in the NBA. The top teams normally win, and all is right and logical with the world.

ALSO ON BUZZCHOMP: Avatar Announces Sequels No One Is Waiting For

This year feels different. I am on the side of some underdogs. The Chicago Bulls won the first two games of their series against the Boston Celtics. Before the injury to Rajon Rondo, it felt like Chicago was the much better team. And I was on-board! Chicago was essentially crap all season. There was a legitimate argument that it had no business making the playoffs in the first place. These are the type of teams I hate to see win. And yet, Boston feels very unlikable for some reason. Also, and this is the main point, I despised the Celtics’ strategy at the trade deadline.

Boston felt like it couldn’t sacrifice any future pieces for help now. There were only two possible reasons why: the team felt like it was set for this season, or it felt like it had no chance of winning big this season.

Both reasons are stupid to avoid improving the roster. How often do you get this close? The Celtics are the top overall seed in the Eastern Conference; you cannot sacrifice that season for the vague possibility that you may get the same exact thing in 2020. You have it now! Play to win! Boston didn’t play to win this season, so it doesn’t deserve to win. Go Bulls.

My other underdog hopes are a bit more underhanded. I am rooting against the Raptors and Clippers. I want chaos. Both Toronto and Los Angeles seem on the verge of blowing up incredible cores if they fail again right now. It is time to blow these rosters up and create something fresh. Neither core is winning a championship, and the roster upheavals would be incredibly fascinating for the league at large.

It is rare for so much to be on the line in random first-round playoff series, but that is what 2017 has. When an underdog wins, it is normally silly and disrupting of better basketball in subsequent rounds. But this year, it could be disrupting in a whole other way.

You know me, I’m always a sucker for sports chaos. Breaking up second tier super teams will be immensely exciting for NBA fans big and small. So I’m completely on board with some first round upsets this season, because only such a failure will wake these teams up to their second tier status.

Breaking up the Raptors and Clippers feels inevitable. Neither team is good enough to win its respective conference. Don’t get me wrong, I love watching Chris Paul and Blake Griffin play together. But what Los Angeles has built will not topple Golden State or San Antonio over seven games. Now that Blake Griffin is out for the remainder of the year, the mini dynasty of slightly above average success that the Clippers have enjoyed is about to change. May chaos reign down upon the NBA as the highest bidder claims the spoils of their defeat!

I also can’t help but root for the eight seed upset over the one seed. It never happens in the NBA. Like never! Unfortunately, I never felt Boston was dominant enough to begin with, so a miracle Bulls upset won’t feel quite as magical in my eyes. I want Oklahoma City to upset the Rockets, but it appears far less likely.


If we get the upsets we crave and chaos falls upon the league, where do these star players land? Both teams in Los Angeles have the funds to acquire new stars, so the Clippers are particularly intriguing. They must blow things up, but they’ll certainly bring in new stars to try and get Chris Paul a championship. Where does Blake Griffin land? Perhaps with Carmelo in OKC with Westbrook? Boom. Chaos.