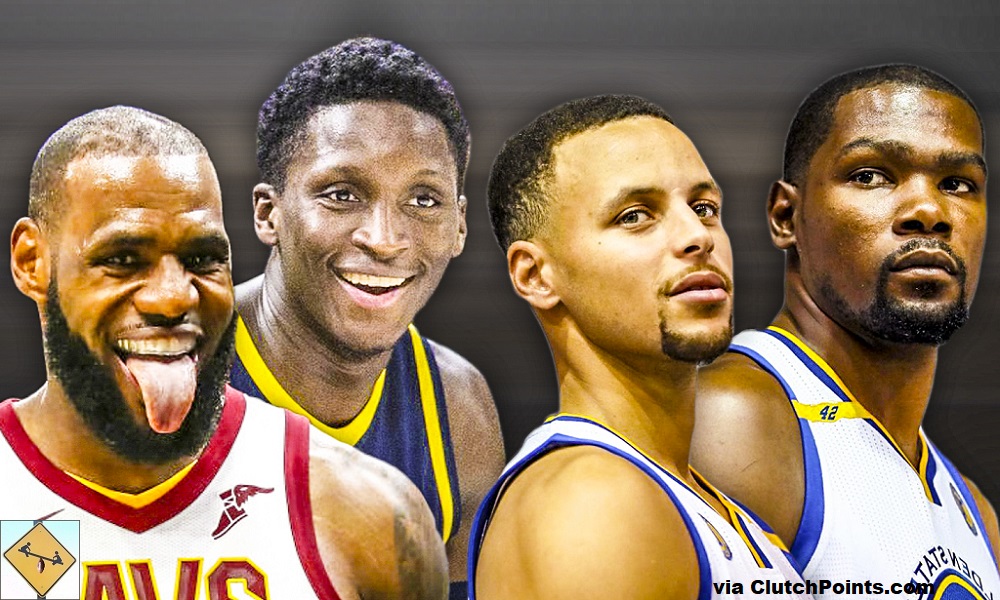 NBA nicknames are super cool, but sometimes translations are not. These NBA Chinese nicknames are amazing, but can you match them to the player? This game is kind of impossible.

Last week, my friend Rob pointed me toward a minor NBA story that interrupted the flow of the postseason. A writer and historian named Nick Kapur unleashed something on NBA Twitter. It was a listing of nicknames for past and present basketball stars translated from Chinese.

As Kapur describes, the Chinese occasionally translate players’ nicknames as one would expect, boring and phonetically. But Chinese internet users have improved upon such style, to instead offer things that are much, much more. These NBA Chinese nicknames are incredible!

I’m going to give you a listing of some of the best nicknames Chinese NBA fans have developed for the league’s best current and former stars. You must guess who the names describe. A simple matching of nickname to player would be too easy, so dig deep and come up with the players without an answer bank. Aim for 50 percent accuracy and be happy with something better. Some of these names are too out-there to mentally assign to one player. Take your best shot. The only hints I will supply (other than context of the name) is whether the player in question is currently active or not.

Wow, this ‘game’ is both amazing and intense. It’s likely a bit insulting as well, but so be it! Initially I thought it would be an impossible task to assign players to their NBA Chinese nicknames, especially after reading the first profanity laced nickname. Yet I found myself drawn to only one player for nearly every name.

Below are the players I believe own each nickname. Their nickname follows with a brief explanation. Here’s to crushing this game and getting way over 50%!

1) Blake Griffin
– ‘Fucks the sky’ meant to me that he’s a monster dunk machine, and tall.
2) Chris Paul
– ‘Letters Bro’ indicates his name has letters in it, a la CP3.
3) Stephen Curry
– ‘The Demon Blade’ told me he throws down every shot with precision.
4) Shaquille O’Neil
– ‘The Giant Shark’ means he is an enormous player.
5) Carmelo Anthony
– ‘Melon’ because his name is Melo.
6) Larry Bird
– ‘The Flying Pig’ because he was goofy and white and all over the court.
7) Kobe Bryant
– ‘Gang Boss’ because he ran the Lakers like a gang and was the boss.
8) Dirk Niwitski
– ‘The German Panzer Tank’ because he’s the best German player ever.
9) Tony Parker
– ‘The Little French Sports Car’ because he’s small and French.
10) James Harden
– ‘The Big Beard’ because he has a huge beard.

ALSO ON BUZZCHOMP: Can NY Yankees Keep This Up?

11) Julius Irving aka Dr. J
– ‘J, Ph.D.’ because he was Dr. J already.
12) Magic Johnson
– ‘Second Best Under Heaven’ meant he was magic in the sky.
13) Karl Malone (maybe)
– ‘The Stone Buddha’ because he’s like stone, or the mailman.
14) Anthony Davis
– ‘The Thick Brow’ because he has a thick brow.
15) Michael Jordan
– ‘The Lord of Rings’ because he has the most rings ever.
16) Patrick Ewing
– ‘E.T.’ because he was goofy and his last name begins with E.
17) LeBron James
– ‘The King in the North’ because he’s the King and GoT is relevant.
18) Isiah Thomas
– ‘King of the Wolves’ because he played dirty basketball like wolves.
19) Kawhi Leonard
– ‘6-foot Mysterious Man’ was the only name I had no clue about.
20) Charles Barkley
– ‘The Roaring Bhagavat’ because he never shuts up and is a crazy person.

It was interesting to me that you actually named a number of correct players but for incorrect spots. That would seem to indicate even a matching game would have been good fun. Nevertheless, you fell short of the 50 percent goal. You’ll have to settle for 35 percent.

1) This one is based on raining threes from deep in the sky. It is Steph Curry. Another nickname given to him is The Elementary School Student because of his boyish look.
2) Letters Bro is Giannis Antetokounmpo, and now that you know the answer, you wish you would have thought of it.
3) I like your logic here, but it missed the target. The answer is Manu Ginobili because of his ability to slice and slash to the hoop using tricky footwork. It is also bad ass to the extreme
4) CORRECT
5) CORRECT
6) Not sure why pig made you think white person, but the answer is Charles Barkley because of his roundish form!
7) Your answer actually sounds better than the correct answer. Gang Boss just refers to the greatest player, Michael Jordan.
8) CORRECT
9) CORRECT
10) CORRECT
11) CORRECT

12) Second-best was the key phrase there. The answer is Scottie Pippen.
13) This was more an indication toward personality. It is Tim Duncan.
14) CORRECT
15) Your logic was 100 percent correct, but you named the wrong person. Bill Russell is The Lord of Rings.
16) This was strictly a physical resemblance. E.T. is Sam Cassell because he looks exactly like an alien.
17) LeBron doesn’t reside far enough north. The answer is DeMar DeRozan, the king of Toronto. Although, after this postseason performance, LeBron kind of is the king of Toronto. Oh well.
18) The Timberwolves’ king was Kevin Garnett.
19) 6-foot height was the only key. Leonard is far too tall. The answer is Chris Paul.
20) Once again, your answer is great but incorrect. It is Rasheed Wallace because of his penchant for yapping and drawing technical fouls.