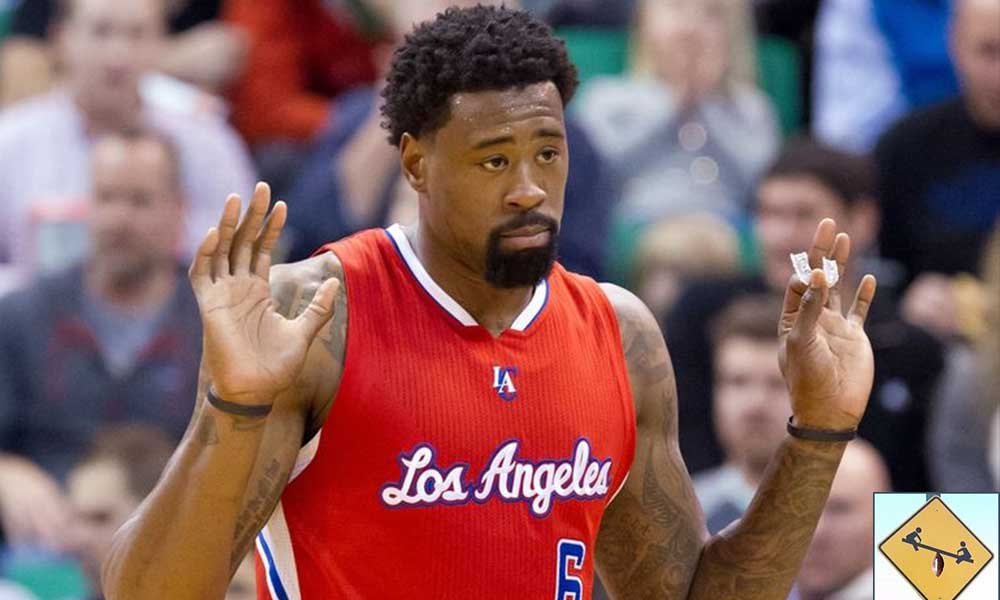 NBA All-Star reserves were announced for the All-Star game and picks in each league left us confused. Did coaches screw up the picks in the East and West? NBA All-Star Game 2017.

Last night, the list of reserves for the NBA All-Star game were announced. This was probably one of the easiest years in recent memory for picking who was deserving of playing in the game. Counting the starters, 11 of the 12 players were going to be in. There was only really one spot up for debate in each conference. That didn’t stop the coaches from screwing it up!

In the Western Conference, there was a discussion for a final guard/wildcard spot between Mike Conley, Klay Thompson, Eric Gordon, Eric Bledsoe and Chris Paul. Paul is out injured and has missed a good chunk of time. Conley missed some time earlier in the year. Thompson was named to the team, which is fine. I would have preferred one of those two point guards or rewarding Gordon, but none of the choices were egregious.

ALSO ON BUZZCHOMP: NBA Players Bias is Worse Than Fans

Then, in a surprise, the voters decided another spot was up for debate and left off the best defensive center in the league. The French Rejection, the Stifle Tower, Rudy Gobert himself was dumped in favor of someone with nearly the same game who is worse this season: DeAndre Jordan. I can get past leaving off Paul and Conley even though either one would have been deserving over Klay, but Jordan over Gobert comes down to nothing more than name recognition. They are the same player, just one is better than the other in 2016-17. The better one was not named an all-star.

In the Eastern Conference, they seemed to do the opposite, though! They didn’t settle on name recognition. The “all-star” thing to do to generate the best ratings, highlights, excitement, fun, etc. would have been to vote in Joel Embiid. And it’s not like he’s undeserving. He has been fantastic when on the court; on a per-minute basis, the argument could be made that he is the best all-around center in the NBA right now. His only knock is that his minutes are very low. And so, the coaches went elsewhere for the final spots in the East.

It seems the voting contingent has put in its own set of requirements. In order:

Embiid crossed requirement number one but failed and fell out at number two. The same goes for those guards in the West. Gobert passed contingents one and two, but was crossed off at number three. Is this a fair process for a reward such as being named an all-star? Twenty five years from now, when comparing players from different eras, DeAndre Jordan will have at least one all-star berth, even though he’s a rim-runner and rim protector who plays in a conference with someone who did the same thing and was better.

I realize the NBA All-Star Game 2017 is intended to feature strictly the best players from this current basketball season, but body of work matters and it belongs on your list of ‘criteria’ used by coaches. Body of work is why I’m thrilled DeAndre Jordan is a first time NBA All-Star. He’s been an incredible defensive player for years now and a great inside scorer, yet this year he’s reached a new level of dominance. Having gone to a Clippers game earlier this season and seen Jordan in person, I can attest to his brilliance on the court. I love that he made the team.

The flip side is obviously what you stated. A better defensive player who no one is yet familiar with was left off the roster in favor of Jordan. Gobert likely becomes an All-Star in future seasons if he can continue to play at a high level. Jordan has gotten progressively better and is leading the way on the Clippers this season, one of the top teams in the West.

Personally I can not take issue with first time All-Stars. What’s intriguing to me are the players who would have made the team under the old format, but missed with our new rules. Dwyane Wade, Zaza Pachulia and Embiid all won the popular vote, but ultimately did not make the cut. I love all the East All-Star reserves, but would have loved to see Embiid as well. In the end there are fewer spots than there are deserving players. This makes the honor more coveted, which is good for the NBA.


Do you have a personal iron in the fire for the Utah Jazz? Gordon Hayward was voted in as a reserve and he plays for Utah. He’s also another first time All-Star! I suppose one Jazz player was the limit in your eyes. I’m more disappointed that Chris Paul failed to make the team. I realize he’s now injured, but he was the best player on a Clippers team that began the season as the second or third best team in the West. They held that spot until nearly Christmas. That has to count for something.

Photo Credits: The Source and For The Win – USA Today