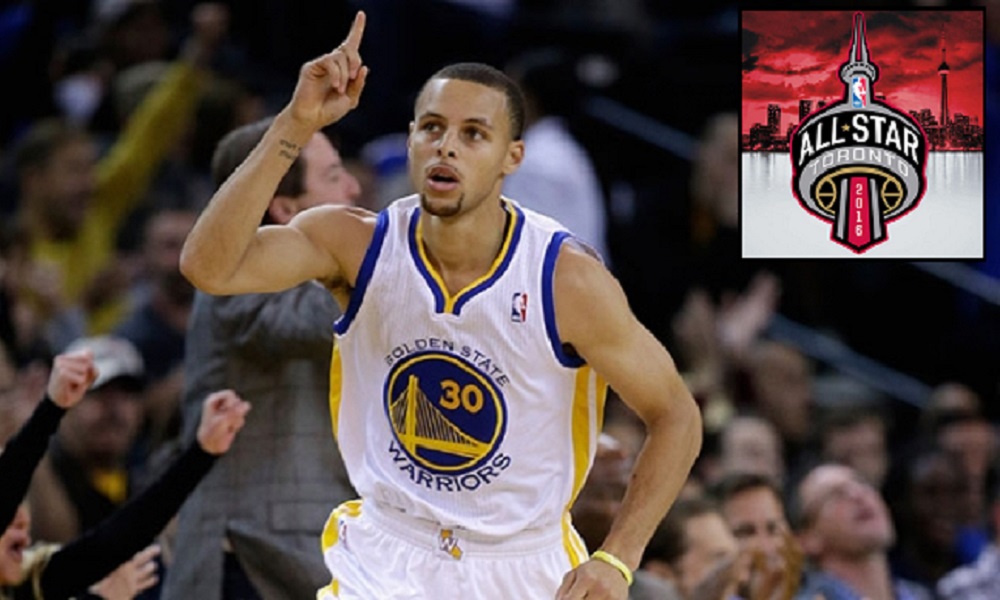 The NBA sold out for the fans, as the most popular players head to Toronto for All-star weekend. Do you love it or hate it? Can anyone topple Stephen Curry as three-point champion? NBA All-star Game 2016 is here.

A few weeks ago, we discussed the possibility of Kobe Bryant starting in the 2016 NBA All-Star game and the ramifications on fan balloting across all sports. We now have confirmation that Bryant will indeed be starting in the game.

In fact, he received the most votes of any player in the league despite the fact that he is terrible at basketball this season. Fans continued to prove their general stupidity by nearly voting in Kyrie Irving as well despite him missing most of the season with an injury.

The other “fun” takeaway was what happened with Zaza Pachulia. This is not quite on the level of what NHL fans did by voting in John Scott to their all-star festivities. (By the way, Scott was both traded and demoted to the AHL after his all-star captaincy was solidified.) Pachulia isn’t a retread, 15th man. He is a good NBA center averaging a double-double this season. Of course, he isn’t worthy of being an all-star, yet the fans almost got him into the starting lineup thanks to a number of internet backers, including someone “famous” named Hayes Grier.

I have no idea who Grier is. His brother is more famous in that he was the starting quarterback for Florida last season before being suspended. Yet Hayes has over three million twitter followers and made a Zaza push to get the veteran into the starting lineup. Pachulia fell just short yet finished with more votes than MVP candidate Draymond Green.

We know this game doesn’t matter outside of adding to Kobe’s career tally of all-star game appearances. Do you care about any of this nonsense or the game itself? If not, you must at least have some hopes for the three-point contest or dunk contest that precedes the game. What about team dunking? I’d like to see Team OKC (Kevin Durant and Russell Westbrook) dunk-off against Team Minnesota (Andrew Wiggins and last year’s dunk champion, Zach LaVine).

All the festivities start in early February.

I’m sure I said this last year, but the NBA does an outstanding job by making its All-star break an entire weekend long event. I love the three-point competition and slam dunk contest. I find the celebrity game endearing and think its cool there’s even a D-league All-star game early on Saturday. This is fun. This is what’s exciting about basketball.

The real drama will once again be our three-point competition. It’s easy for the players involved to actually try, but can anyone realistically beat Stephen Curry? He is destroying Reggie Miller on the all-time Mt. Rushmore of three-point shooters this season. Its unclear who will challenge Curry on All-star weekend, but its a near guarantee he’ll be there to defend his crown.

It all boils down to one simple question. Would you rather watch the players you know and love celebrate the game, or watch the best players at this moment in time? There is a lot of overlap between those two groups of guys, but at most its seventy-five percent. In terms of legacy, we can no longer point towards All-star appearances. Popularity worldwide is too big a factor in today’s sports world. But Kobe will retire, and next season if Zaza is still dominating, he’ll likely win an All-star spot in the starting lineup. We all know his name now, and how could we forget it? Talk about one of the most unique names in professional sports. I wish I’d voted for him too.