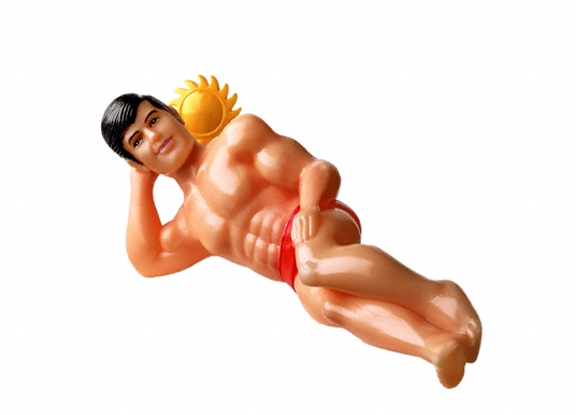 It had been 20 years. I opened up my email one dark winter morning in 2011 to find a letter from my first younger man. The sight of it surprised me and also added delight. There was so much I had wanted to tell him oven the past 20 years, not knowing if I could or should. How could I tell him of his impact? Dare I tell him that he changed my life, completely? Should he know this? Would he care?? His impact was life altering.

At the time, I thought as many do… it can’t work, it’s only about sex. etc. But in reality, that was not the case for either of us. He was the in-law by marriage of my colleague and client. I’d met him at her engagement party. I was 36. He was 22 and fresh out of college. Pre-med, and on his way to a brilliant career, we collided. I liken this to a car accident; for which the results bond (in ways good or bad), all those involved. Meeting him, and allowing myself to do something completely out of character for who I was then, (the buttoned-down Wall Street woman unwilling to wear a skirt above her knees), was an unexpected outcome.

This young man was my first “Catalyst;” the one who came into my life to push me beyond the edge of my known reality and shake my foundation to the core. He was the push, the collision, the instigator of change— and ultimately, my liberation. I fought him, and it, in the beginning. I couldn’t image a future was possible with a younger man. It was 1991. Sane women didn’t do these things… they made conventional romantic choices that were “appropriate.”

I had undue pressure. The bride in question was my client. I knew I’d been enlisted as a wedding guest to enhance her reputation. I had a prominent position as an anchor/moderator in television. I was there to make her look good, not bad. But, in this one singular action, I evidentially overturned her apple cart. I’d allowed myself to do the unthinkable… to engage with a younger man. Not just any younger man, but her in-law by marriage. Naively, I thought she’d be happy for me. After all, I’d been the confidant to all her dating history before she found her “one.” The road to the “one” is often littered with “wanna be’s” and players. She’d finally secured a fine man. Certainly she must understand that the road of discovery takes many twists and turns. But, regardless of her path to ultimate love, my actions were neither welcomed nor accepted.

I’d been told in no uncertain terms to never have contact with this younger man, again. To do so, would warrant a restraining order by his family. I believed her. I was young. Beaten like a bad dog I pushed him away, not believing anything positive could occur and held my head in shame and guilt for behaviour I couldn’t begin to defend. I had no idea at the time, he came to serve my liberation and I came to serve his. That was the last time in my life I let another person tell me which romantic choices to make, which were deemed “appropriate,” and the last time I would acquiesce to the limitations of other’s thinking.

After a few chatty “how are you” emails with my first younger man, I let it rip. I’d wanted to tell him of his impact, and to thank him for assisting me to become the woman I am today. He’d changed the course of my life. How does one begin to thank another for that kind of effect? I learned, he too, had been liberated by our connection. He defied his traditional upbringing and charted a new course of authenticity. He defied his parents and married an older women… divorced and with a previous child. This was a huge statement and radical choice, given his conservative upbringing. He changed careers and began to live his truth. Today he is still madly in love with his wife, who is 10 years older. He took on her child, and they created children of their own. He is happy, at peace, living his truth, and devoted to her and his family.

Life has a way of connecting us to the perfect people for our transitional growth. This younger man set me free. I set him free. How beautiful is that? I now have a life for which I have no shame, and he has a life that is truly of his choice and design. We both grew tremendously from our collision. That is the underlying and over-arching intention of all relationships. They come packaged in the sweetness of desire to create our greater awakening. People come in. People leave. All have their purpose and reason. The power of love and its force is an astounding vehicle of evolution in its direction and intent.