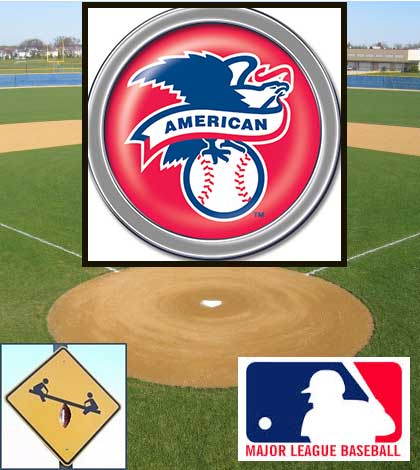 It’s Memorial Day weekend. That means it’s time to talk major league baseball and try to figure out what’s real and what’s not.

This is the first checkpoint of the MLB season. If you were freaking out over your team prior to this point (like we were with the Yankees), it was a bit premature. Now its safe to proceed, you can commence freaking out.

Likewise, if things were looking a little too good, now is when to check on trends to see if things will turn around or continue on their path.

Taking a glance at the overall standings, a number of things jump right out at me as being…off.

The AL East is upside down. Here are the standings as of May 26th:

But just two days ago Baltimore was in 2nd, ahead of the Yankees. So you know why I said they’re upside down? I’m not being clever. They were literally a mirror image from a year ago. Here are the final standings from the 2013 season:

I don’t know what to make of this except for the fact that the entire division isn’t very good and every team is within striking distance of the Blue Jays.

Elsewhere, the Texas Rangers are struggling, which would be a surprise if not for all their injuries. This might be just a year to write off for them.

Anything else strike you from the American League standings?

If I was a Red Sox fan I’d say its too early to access the season and make any judgement calls, but I’m a Yankees fan and now is the PERFECT time to call out the flukey winners and pile on the losing ways of the defending champs.

The Red Sox are a big surprise for me in the American League. They’ve managed to lose ten games in a row, quite a feat for any team, let alone last season’s champion. Putting things into perspective, only the Houston Astros have more losses than the Red Sox in the American League so far this season. The Astros have lost a measly three more games, but unlike the Sox, they are on a two game winning streak. Wow.

Unlike my next surprise, I do think the losing ways of Boston’s team is a bit flukey. They are not nearly as bad as their record would indicate. That being said, unless they rattle of ten straight wins in the month of June, I no longer see playoffs in their 2014 future.

I knew the Oakland A’s would be good, but I’m shocked how dominant they’ve been so far in 2014. They enter Memorial Day with the best record in the American League, a full game and a half ahead of the Los Angeles Angels and five games ahead of mediocre Texas. Oakland will struggle to win their division and even make the playoffs, but they are on a solid wildcard path so far. Unfortunately I see their early season dominance as a bit flukey, but the AL wildcard is going to be a dog fight and the A’s aren’t going anywhere.

My final AL thought, before we jump to the National League on Friday, what the hell is going on in Cleveland with the Indians? That team looked solid last season. They offered hope and the potential for sustained success. I know god hates Cleveland and all, but there they sit, in last place in their division once again. The Indians are better than that. Better than the likes of Minnesota and even the White Sox. Look for this team to turn things around in June.