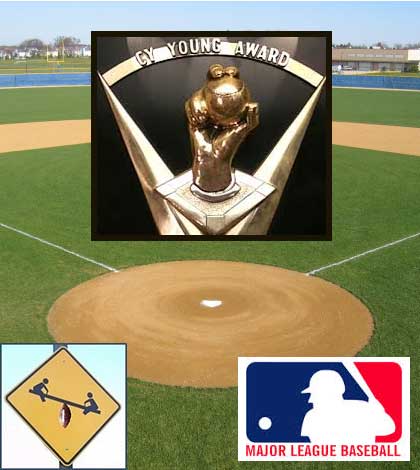 On the pitching side of things, the most surprising stat this season has obviously been the number of Tommy John surgeries that have taken place. Elbow injuries have decimated rotations and ruined young promise.

As far as things taking place on the field, the Atlanta Braves and Oakland A’s rule the world thus far, even though both have fallen victim to the Tommy John bug in a big way. Both teams currently have team ERAs below 3.00, which is astounding. I assume that figure will tail off for Oakland, but Atlanta’s rotation should actually be BETTER as the year goes on as some of their better pitchers who got late starts to the year get back into their groove.

Individually, there have been a number of unbelievable performances from surprising names. While Johnny Cueto is pitching over his head (and has come back to earth since April), he is relatively young, healthy and has shown immense talent in the past. So his 2014 is not quite impossible to fathom. More surprising pitching performances for me are from guys who trail Cueto in ERA right now but not in vim and vigor.

Tim Hudson, Mark Buehrle, Scott Kazmir, Josh Beckett and Kyle Lohse, AKA The 1999 All-Stud Team, have been amazing. While there was a large swath of hitters finally staying healthy and living up to their talents, there is just as big a group of pitchers sticking it to father time and living up to the talents they had 8-10 years ago. It is quite a thing to behold.

Throw in what some of the Houston Astros pitchers are doing (namely Dallas Keuchel and Collin McHugh) and what Jeff Samardzjia went through on the Cubs (just a 1-5 record but elite peripherals) and 2014 has already been pretty neat on the mound. Plus, Masahiro Tanaka, AKA “Masa New York’s Hero”, AKA “Tanaka you socks off”, AKA “the best in the biz” is doing things that make him seem like the best pitcher in baseball right now. For a team and fan base still struggling with demons of Hideki Irabu and Kei Igawa, Tanaka might be the most surprising thing in the majors.

I can’t help but agree, the pitching resurgence has been a welcome site considering the equally troubling trend of injuries. It seems balance was restored, and yet one only has to look at the current AL saves leaders to completely get confused.

I’ll refrain from naming the players themselves, but here are the five teams whose closer is in the top five in saves in the American League as of today.
The Kansas City Royals, Seattle Mariners, Minnesota Twins, New York Yankees, and Detroit Tigers. Three of those teams are average to bad, and I’m not including the Yankees who have fallen into that category of late. Only the Tigers are winning, so what’s going on? Usually the top teams have top closers. It makes sense. Save opportunities lead to saves and victories. But in the first post Mariano Rivera season, we are witnessing quite the opposite. The National League is a little better, but both the Padres and Dodgers closers are in the top five and neither team has impressed.

Let’s bring things back around to the positive side to end this debate. Pitchers are on fire and the league leaders in wins are making it happen for their teams. And I can’t say enough about Masahiro Tanaka.

I finally know what Red Sox fans were talking about all those years ago when Pedro Martinez was scheduled to pitch. I look forward to every Tanaka start. I want to watch and I’m glued to his every move. He’s the one sure thing in the Yankees’ rotation and I’ll be damned if I’m not more excited with every victory he racks up.

Critics will argue about the lack of performance enhancers in baseball finally showing itself in pitching’s resurgence. That’s probably true, but sports are also cyclical. Pitchers are rolling so far this season and its been awesome.

[If you missed Part one – MLB June Judgement: Hitting]