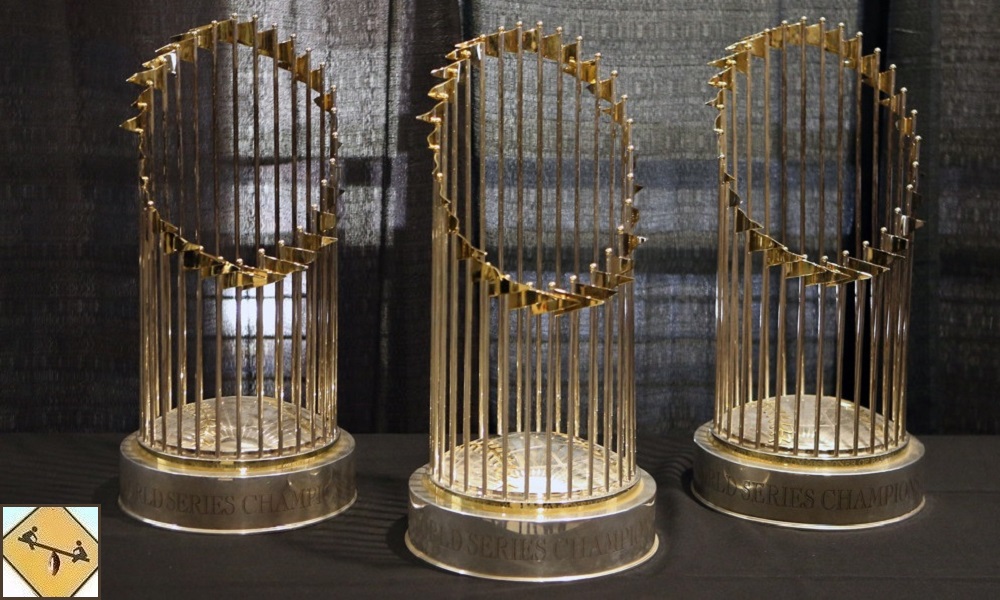 Unorthodox predictions without a horse in the race. One of us refuses to pick against the Cleveland Indians, yet the smart money is still on the Chicago Cubs. MLB World Series 2016.

The 2016 World Series throws its first pitch Tuesday night when the Chicago Cubs take on the Cleveland Indians. While the Cubs have the longest World Series drought of any team in the National League, the Indians own that distinction for the American League. No matter who wins, the victory will end a historic title slump.

But let’s get real. No one is rooting for Cleveland here outside of LeBron James. Not that that’s fair; it’s just the way it is. There is no more lovable loser in sports history than the Chicago Cubs. But just because everyone wants them to win doesn’t mean the Cubs will win.

Cleveland has had a miraculous season of its own. It had a formidable pitching staff through much of the regular season that carried a versatile and fluctuating lineup. The team’s best hitter, Michael Brantley, essentially missed the whole season with injury. No matter, through the best platoon work in baseball, Terry Francona overcame that loss. The Indians also got crazy good seasons out of star Francisco Lindor and veteran Mike Napoli, as well as a surprise breakout from Jose Ramirez.

The lineup was unheralded, but the starting pitching was not. It was as heralded as units get because it was arguably the best, one through five, in all of baseball. Yet once the playoffs rolled around, a number of those arms were out with injury. Reports now give Danny Salazar a chance to pitch in the World Series, which is nice. You always want to see a team win or lose at full strength, and Salazar’s return would bring Cleveland closer to that.

For Chicago, it is healthy and talented and remains the best team in baseball. The Cubs were the best through the regular season and were the best in the NL playoffs as well. Often times in the baseball postseason the best team does not make the World Series. There are simply too many variables playing against one specific team for it to always make it. In that regard, the Cubs had luck on their side. Will it continue one more round?

Chicago also has its own bullpen ace in Aroldis Chapman. He hasn’t been anywhere near as versatile or as good as Cleveland’s Andrew Miller, but he’s the best of the rest. With the way the Cubs hit to finish out the NLCS, I have to give them the edge in the World Series. The only thing that had been holding them back was a failing offense, yet they scored 23 runs in the final three games to close out the Dodgers. For comparison, the Indians have just 27 runs all postseason long despite easily winning two entire playoff rounds. I’m not sure that production is going to cut it any longer.

I have doubted the Indians at every stage of this postseason and have been wrong each time (obviously). I felt like Boston was the best team in the AL. Then I thought the Blue Jays would advance on the back of their offense. Neither was able to cut through Cleveland’s pitching and defense. Third time’s a charm? The Cubs finally do. They win it all.

The Cleveland Cavaliers wiped away America’s pity and fascination with the city of Cleveland and its perpetual losing ways. Despite only the Cubs owning such an honor in Chicago, they hold America’s heart in their hands. Yet I’m not falling for this trap. I am not hedging on my earlier statements. I refuse to pick against the Cleveland Indians. They are winning the MLB World Series 2016.

Now I’m not a crazy person. I fully realize that Chicago is the better baseball team and has been the best in the big leagues all season. Yet it was common knowledge that the Red Sox were better than the Indians, as were the Blue Jays. Both teams held superior batting and comparable pitching to the Indians. The Cubs hold superior batting and comparable pitching to the Indians. But Terry Francona is not a man to be reckoned with. His Indians have gotten more than enough runs to win every game but one and his pitching staff has stifled even the best hitters. Then there is Andrew Miller, who has been unhittable from the bullpen. I will not bet against this baseball team and you shouldn’t either.

Joe Maddon is an excellent manager and is doing great things with the Cubs, but history tells us that Francona has simply been better. Terry beat out Joe for the Red Sox job, then broke that team’s historic curse. This is truly a monumental matchup of MLB managers, but once again my money is on Francona and his Indians. If mojo plays a factor, then Cleveland has it as well. The Cavaliers brought the city its first title in forever and fans all know that one title always seems to lead to another.

NBA 2017 Predictions: Every Sleeper in the East and West


Would I like to see the Cubs win and break their curse? Sure would. But would it also be amazing as a sports fan for their championship futility and drought to continue? Hell yes! The numbers favor Chicago. The smart money is on Chicago and all the major media names are siding with the Cubs as well. This sounds familiar. Its how the Indians have gotten to the World Series and it’s how they’ll win. I refuse to pick against this baseball team.