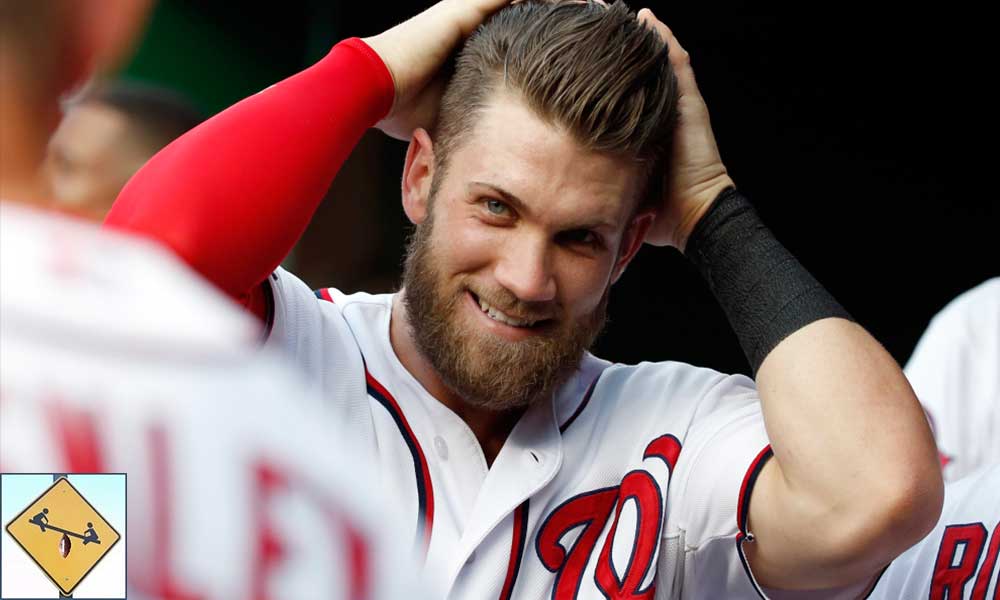 MLB tanking won’t yield a World Series title. Despite the logic of it, after crunching the numbers we found that only two teams in twenty years won with more than two highly drafted picks. Case closed.

With the exception of the Astros’ current incarnation, I agree that it remains to be seen whether past teams ever actually tanked in the sport of baseball. The success of top draft picks, even first-round picks, is just too spotty to shed quality players in the pursuit of losses for years on end.

You brought up the 2000s Royals as an example of a franchise that lost a lot and ended up winning because of it. With former top-three overall selections Alex Gordon, Eric Hosmer and Mike Moustakas helping them capture that World Series, it certainly checks out. But from 1999 through 2013, Kansas City had 10 other top-10 overall picks who ended up contributing mostly nothing to their title run. That is a lot of losing. In fact, six of those 10 never (or have yet to) even make the Major Leagues. I’m not sure the early drafts picks can really be given too much credit for contributing to the Royals’ World Series title.

ALSO ON BUZZCHOMP: Milwaukee Brewers the Epitome of MLB Tanking

I decided to go back through and check out how many personally drafted top-10 overall picks the past World Series winners have had. The 10th spot is sort of an arbitrary cutoff, especially since tanking teams would finish with an obviously higher pick than 10, but this will give us a reasonable glimpse at how useful those selections are into building a champion.

The 2015 Royals are credited with four total: the three players mentioned, as well as reliever Luke Hochevar. The latter counts as a success for the list even though he has clearly been a bust for having used the 2006 number-one overall draft pick on him. As I said, the exercise isn’t perfect.

The 2014, 2012 and 2010 San Francisco Giants won with two top-10 players who each played on all three winners. They only made three such selections in the entirety of the past two decades. Again, to clarify the trickiness of assigning value to early picks, one of the two was Tim Lincecum who was drafted 10th in 2006. He was clearly a great player and great pick, but he was not of great value to the 2012 or 2014 Giants. Also, San Francisco clearly did not tank to get that 10th pick.

Finishing out the champions since the strike erased the World Series in 1994, the 2005 White Sox had one player, the Florida Marlins had one player each on their 2003 and 1997 title-winning teams, but they were different players. The 2002 Angels had two players; the Diamondbacks of ’01 had nobody, but they hadn’t been in existence very long to accumulate draft picks anyway.

We already covered the Yankees, who won a few more times as we know. Lastly are the Atlanta Braves of 1995. It took going back 20 years, but we finally found a roster prior to KC that had more than just a pair of top-10 drafted players. The Braves of that year had four players who they selected in the top 10. It helped that they picked that early for six straight years from 1986 through 1991.

Is there something to glean from all this information? I’m not quite sure. All winners are built differently using different tactics. I suppose the point is that building a winner through top draft picks (i.e. tanking for an extended period) is perhaps the most unreliable of such techniques. There isn’t any success of it working out in recent baseball history. Of course, there also isn’t a sample size of teams attempting it until now.

Wow, I would have comfortably assumed that most World Series winners had at least two or three top-10 drafted players on their entire roster. Those numbers are pretty conclusive. Only two teams in two decades drafted more than two players in the top-10 that found a home on their title team. MLB tanking is not the answer.

This points to a bigger issue in baseball. While top-10 draft picks in football, basketball and hockey are near slam dunks, the same can not be said of Major League Baseball. I’d guess its higher than 50/50 that a top-10 player in those other sports has a solid career. Can the same claim be made in baseball? Are the top-10 players being traded around more often, so they find themselves on a different team when their original club wins it all? Or do these players make the majors in far fewer numbers?

With such a dynamic minor league system, baseball ensures only the best players make MLB ballclubs. There is no timetable for graduating from the minor leagues. Yet my logical mind still can’t fathom how few top-10 drafted players impact a team when it wins it all. Is college baseball that meaningless? I suppose the answer is yes.

While baseball certainly has more parity than football, thank you Jason Stark for doing the math year after year, it still seems to me that financial flexibility is the be all, end all for building a champion. If tanking is too unpredictable to have a real impact on a team, then an ability to sign your top talent and retain them is the key. Teams can draft players at any spot, because each will put in their time in the minor leagues. But the BEST players ultimately stand out, regardless of where they were drafted, and they want to get paid. Teams that can lock their guys up, or trade for guys other teams can’t lock up, will build a complete ballclub of young talented ball players.

We know paying for former stars no longer works. Throwing money around does not mean much of anything any more, and free agency is as much hot and cold as the draft itself. MLB tanking hasn’t worked and won’t work either. Drafted players simply don’t have enough impact on a given team. The real answer is that baseball has no set formula for a championship. It’s why MLB has the best parity in all of sports. Let’s get this season started!