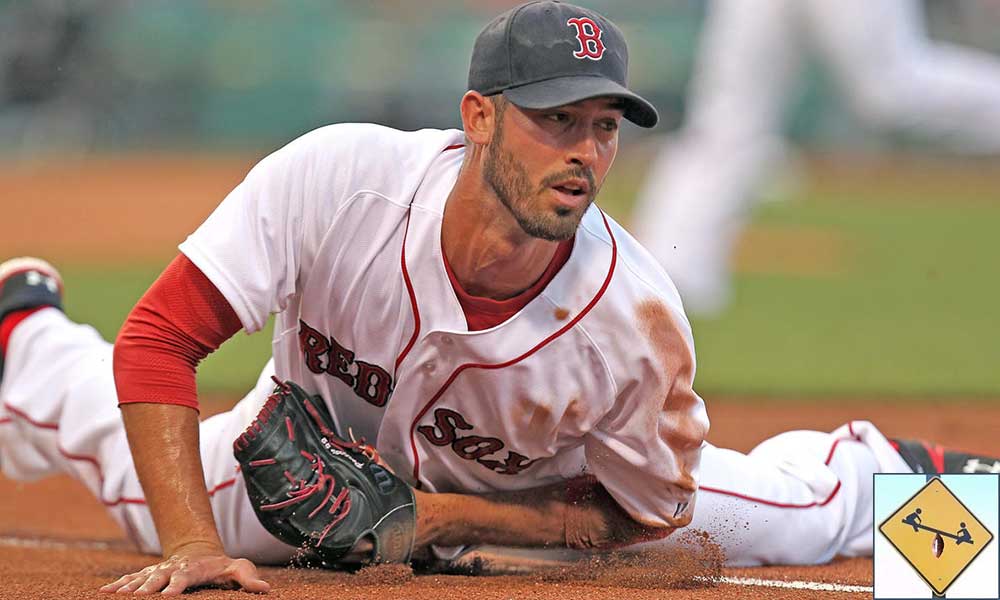 Can these incredible stats hold up over the MLB Second Half? A runaway MVP, one great league and one that’s already wrapped up. Multiple stat quirks that make you smile. Sports debate.

The MLB second half starts tonight. Since 100 percent of the American League (seriously) is within 7.5 games of a wildcard spot and zero percent of the National League (also seriously) is less than 7.5 games from a wildcard spot, the baseball standings offer close to nothing to project. We know how the NL is going to play out besides a possible Cubs rally in the Central, and no one has any earthly clue how the AL will. If you haven’t heard, 2017 has been super weird.

Instead, let’s look in on some of the wackier individual player performances from the season’s first half and see where we think things will end up. On the hitting side, New York Yankees rookie Aaron Judge is the best player in the game thanks to Mike Trout’s injury. He leads in WAR, slugging, OPS, and home runs. He has a chance to put together the greatest rookie season of all time, and it feels like it came out of nowhere. Even still, now his dominance almost feels inevitable. During the home run derby, after Justin Bour’s opening-round 22, there was oodles of pressure on Judge. He was the favorite, the Goliath. Not only did nothing bother him, but he demolished the competition with an ease we haven’t seen in that competition. As soon as his opening round started, his derby win never felt in doubt. His AL MVP might feel the same by August.

Then there are the littler things that make me smile. Joey Votto is second in baseball in OPS and second in slugging. He has twenty more walks than strikeouts despite the power. Or Billy Hamilton, who has 38 steals to lead the league, yet is getting on base fewer than 30 percent of the time. George Springer has 27 bombs even though he bats lead-off. Joey Gallo has 21 home runs and 48 total hits this season. Manny Machado is on pace for nearly 70 extra-base hits this year and is having by far his worst ever season in the majors. Francisco Lindor is going to crush his career-high marks in home runs, doubles, and possibly even walks, yet is also having a rather terrible year at the plate in terms of rate stats. As I said, it’s been a weird year.

On the pitching side, three guys may strike out 300 batters apiece in 2017. Jason Vargas is 12-3; Alex Wood is 10-0. Rick Porcello leads the league in losses half a season after winning the Cy Young. Kenley Jansen has pitched 37.2 innings and has walked two batters. Jeff Samardzija has a 1.15 WHIP and an other-worldly 127-to-14 strikeout-to-walk rate, yet has already lost 10 times this season. It’s been a weird year.

The disparity in the standings between the American League and National League is by far the most insane stat of all as the MLB second half begins. It has to even out, right? Someone in the NL has to play back into contention, right? The AL can’t all be decent, can it? This feels like an odd quirk of midseason, a stat destined to fall by mid-August. Yet the NL is still top heavy, a fact that won’t change. The AL is full of talent. That too is a fact. No matter how badly I want our New York Yankees to make the playoffs, unless they play better, they’ll be at home considering how strong the AL competition is right now.

I believe everything Aaron Judge holds up over the MLB second half and he walks away with the MVP award. It’s fitting that the award is still a slam dunk in the one season where Mike Trout is injured. Trout has owned the league and was doing so again, until he had to sit and gave Judge an opening.

What are the Vegas odds for Aaron Judge winning the Triple Crown this season? He’s currently first in home runs, second in the AL in RBIs, and third in the AL in batting average. If Jose Altuve wasn’t leading in average, I’d give Judge a better shot at pulling off this fete. Yet this remains an awesome wager.


Back to Joey Gallo, who has hit a home run nearly half of the time he gets an actual hit. Has this ever happened before? We obviously need to consider a minimum number of at-bats and hits, because someone could get two home runs with three hits total over ten at bats. That’s nothing. But 21 homers out of 48 hits is kind of amazing. Too bad he’s batting .194 on the year.