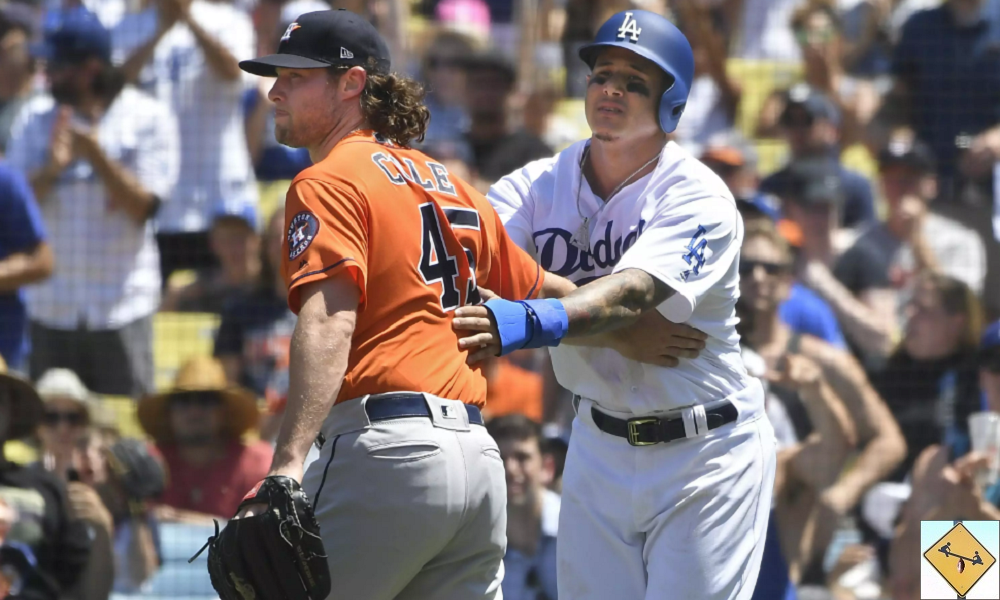 We were right all along and home field advantage only magnifies this fact. The best teams are playing like the very best, no matter what diamond they step foot on. Will this shape the remainder of the MLB Playoffs 2018?

Home field advantage continues to dominate the MLB Playoffs 2018. The New York Yankees were the only team able to win one of their first two games on the road. Houston, Los Angeles and Milwaukee eventually broke through away from home to finish off their opponents. Does this trend shape your opinion of the rest of the playoffs at all? I don’t feel like it matters in the AL, but the NL could be a different story.

All year, the three best teams in the AL were the Yankees, Red Sox, and Astros. They are now the three teams left standing. Does it really matter who plays where? All three can hit in any venue. It still feels like the Astros have the best pitching staff top to bottom, but their lack of a noticeable hole is a minuscule advantage over their two peers. The National League feels different, though, perhaps because no one in the NL hits the ball like any of our three AL finalists.

Milwaukee is forming its perfect postseason plan. The Brewers hope to get four innings out of their starters and then turn the game over to the endless bullpen. It has worked through the tiebreaker and LDS games. And I don’t see why it can’t continue. It’s how the Royals won a title a few years back, except Milwaukee actually has more strikeout arms. The Dodgers’ depth will be a challenge in the NLCS. Los Angeles would seem to have the edge in lineup depth and especially starting pitching depth. But if Milwaukee keeps getting six-pitcher combined shutouts, what’s the difference how many 7+ inning starters and reliable bats the Dodgers can unleash? They can’t play everyone at the same time.

The NL continues to be weird and unpredictable, as it was during the year. The Brewers certainly feel like underdogs and are literal betting underdogs against Los Angeles in the NLCS. But Milwaukee is the top seed, earned by winning that tiebreaker game against Chicago. Give me the Brewers in the World Series right now and have them lose to the American League representative, whoever it ends up being. I see no way to intelligently handicap the rest of the AL playoffs. I know I don’t like what I’m seeing from the Boston pitching, but that was after Chris Sale was essentially untouchable in game one. If he is able to pitch again in the Yankees series and then two or three times in a hypothetical ALCS, Boston will be hard to defeat. But the rest of its staff is certainly worse than New York or Houston.

ALSO ON BUZZCHOMP: New York Giants Not Competing in the NFL’s Worst Division

It’s funny how different a sport baseball can become from the regular season to the postseason. Having 25 useful pieces (or more) is invaluable during the regular season when injuries mount and days off are few and far between. Now, not so much. A team short on starting pitching can squish its staff and rely on elite bullpen arms nearly every game. It changes the entire dynamic. This would seem to favor New York and Milwaukee the most, and wouldn’t that be a wild World Series matchup? I would give the Yankees the edge because of their offense, but if neither team scored by the end of the third, who knows how long it would be before a run crossed the plate!

You may be onto something here. Just because home field has ruled the day thus far, does not mean its the actual advantage we’re witnessing. The AL was dominated by three teams all season. Those three teams are winning, regardless of where they play. The NL was supposed to be the Dodgers and everyone else. Los Angeles may not have dominated, but they’re back in the NLCS to face Milwaukee.

Houston, Boston, and New York each have obvious strengths and each match up well with one another. No matter who plays in the ALCS, it’s going seven games. In order to avoid a jinx, I’m not picking a winner. Let’s just say the winner of the American League holds a distinct edge over its National League competition for the World Series.

The NL felt like a bunch of good but not great teams, with the Dodgers potentially above the rest, if only because they won the league last season. Los Angeles felt like it was playing below its abilities this year, but that is likely unfair. The Brewers have won every single game in the postseason, ending the nice story in Colorado pretty quickly. Milwaukee is playing better than the Dodgers, despite looking less impressive on paper. Just because we didn’t think they would be this good, doesn’t mean they aren’t.

I still favor Los Angeles in the NL, because I worry about the Milwaukee bullpen tiring over a seven game series. The Dodgers vanquished the Braves, but won’t get by the Brewers so easily. A World Series rematch is not in the cards, but its hard for me to pick against the defending NL Champions until I see them actually stumble. Admit it, Yankees versus Dodgers would be epic.

Next on BuzzChomp: Some Days You Just Need To Run