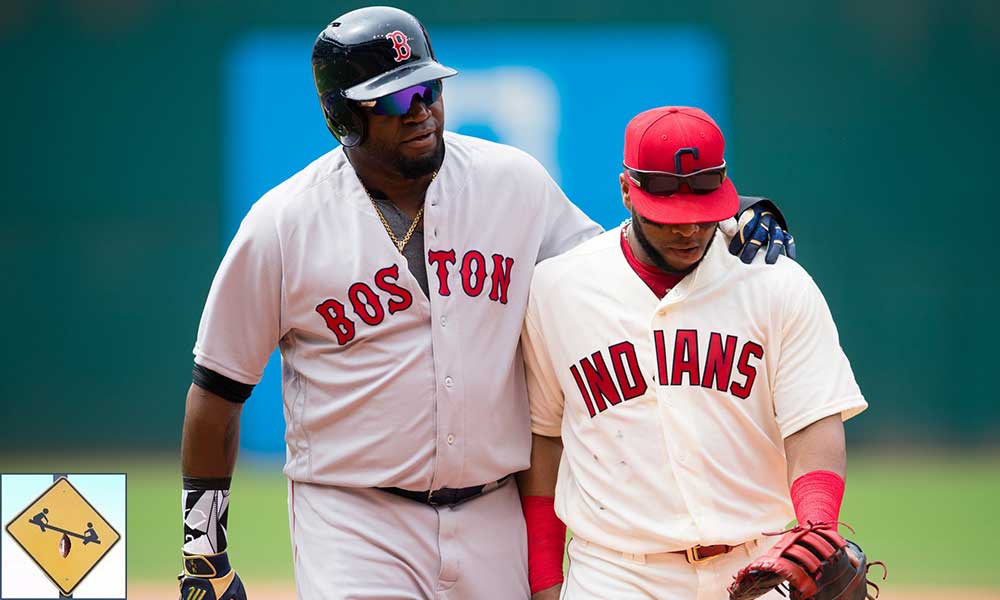 The MLB Playoffs have seen an unprecedented number of home runs, with the long ball deciding every game. Is this a fluke, or an exciting new trend? Winners go deep. MLB Playoffs 2016.

There is no time for me to gloat over correctly picking both wildcard champions (Toronto and San Francisco). We are already onto the next round of the 2016 MLB postseason. In fact, two games are already in the books, and we saw something that hinted at your original reasoning being correct. Home runs may indeed rule the day in these playoffs.

During the regular season, home runs were up higher than they’ve been in generations. Scoring was NOT up, just home runs, which is weird but true. Players didn’t necessarily get more hits, but more of their hits went for home runs. Thus far in the early going of the postseason, home runs have won all the games. The Blue Jays and Orioles hit three home runs in their wildcard game, including the game-winner. The lone score of the Giants-Mets game was a home run. In the game ones of the American League division series EIGHT more home runs were hit.

ALSO ON BUZZCHOMP: Odell Beckham Jr. NOT the Problem for Giants

The common refrain was that home-run hitting teams struggle to manufacture runs in the postseason when pitching gets better. That logic is misguided and has been proven false though. Home-run hitting teams find difficulties in the playoffs because every kind of offense finds difficulties. However, the numbers indicate that the teams that rely on home runs actually see less of a decline in their production. So your wildcard reasoning was pretty sound, but one game samples make fools of us all.

With that said, who are you sticking with moving through the second round? Obviously, Toronto and Cleveland got off to fast home-run starts and grabbed one-game series leads in the American League. Four more games take place today. I liked the Blue Jays and Red Sox in the AL before the round began because of their respective offenses, and I will stick with those selections. I never thought the Rangers were that good. I mean, they won a ridiculous 95 games despite having the run differential of a .500 team. The team’s record in one-run games and its cluster hitting statistics were just insanely lucky. That may continue throughout another few games, but I wouldn’t feel safe counting on it. For Boston, the logic is easier to see. This is the best team in the AL unless its starting pitching craps the bed. Rick Porcello was not good in game one, but Cleveland hardly has enough healthy arms to exploit that for two more victories. Carlos Carrasco and Danny Salazar are out, and we aren’t sure how close to 100 percent Corey Kluber is either.

In the National League, the Cubs are going to advance. Let’s at least agree on that and put to rest this even-year-magic of the Giants. The other series is where the excitement lies. And it starts in game one. Kershaw versus Scherzer! I would have taken Washington in this matchup if it was healthy, but the Nats seem to have too many injuries to key guys. Los Angeles worries me a tad, but has enough offense, especially against right-handed pitching, to move on.

So you’re saying I was right? Great job picking both wildcard games, but despite my inaccurate predictions, it was truly the long ball that won the day and has kept winning it thus far. Its rather shocking to see that home runs went up so precipitously, yet total runs scored did not. It simply means that pitching has continued to dominate.

Players hit home runs when a pitcher makes a mistake, or they themselves guess correctly about the pitch that’s coming. Since runs have dropped, we know pitching is winning more often than not. But hitters are also exploiting every possible inch given to them and clobbering the baseball. Since the MLB Playoffs are all about pitching first, its those few mistakes, those few inches given up that decide who wins. Home runs come and home runs win. How lucky are we? Its still the most exciting play in the sport!

I’m struggling to disagree with your playoff predictions. Frankly, I feel the same way about these divisional matchups. In the American League I want to see the Cleveland Indians win and move on, but the Red Sox have dominated all year. I see no indication that will change. Plus, I picked them to represent the AL in the World Series back in August, so I’m not balking. Toronto has been the hot team and has the firepower to down the Rangers. It will be an AL East showdown for the American League.

The National League is just as sweet, but there is no way Chicago loses to San Francisco. The Cubs are not going to choke this early in the playoffs, if at all. Los Angeles is also moving on. I have a hard time putting any faith in the Nationals come playoff time, plus the Dodgers still have the best pitcher in baseball. Cubs versus Dodger will be a thing of beauty.