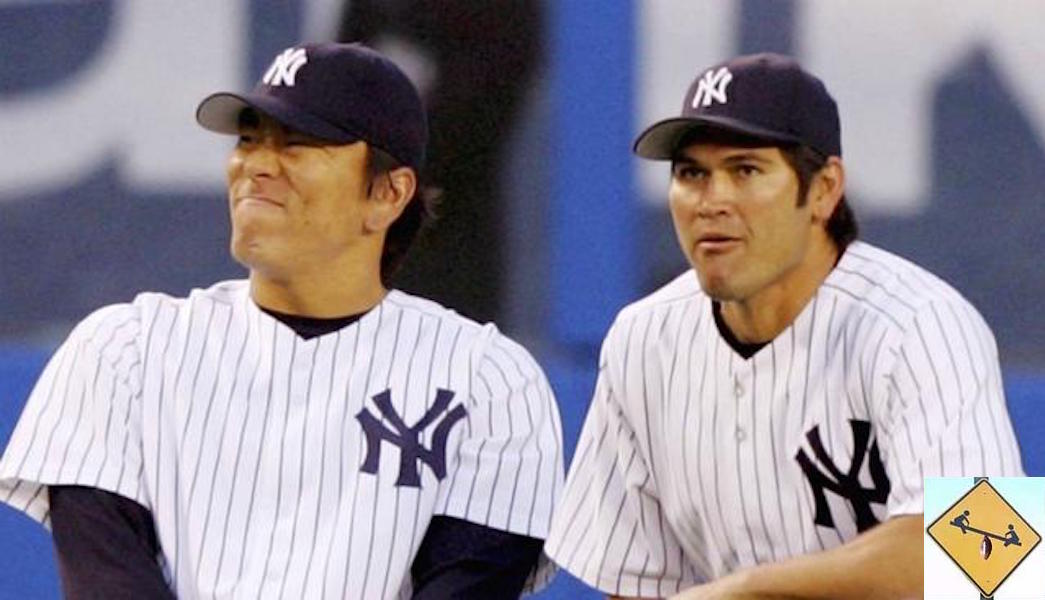 Our MLB Hall of Fame 2018 inductees are slam dunks, but the rest of the voting list is confusing and full of holes. Big names are now one and done, while others keep hanging on somehow.

The new inductees into the MLB Hall of Fame 2018 are slam dunks, but its the REST of the list that raises eyebrows! Multiple names that were crucial players of our childhood, yet probably don’t deserve actual hall of fame consideration, are now one and done forever. Johnny Damon, Hideki Matsui, and Johann Santana are no more, to name a few.

Those three players all had great seasons at one point or another. Matsui was the godzilla of Japanese baseball, but even that wasn’t enough to garner him 5% of the vote to remain on the ballot. Not ONE PERSON voted for Kevin Millwood!? Yeah, that makes sense.

There were other notable surprises, namely the continued rise of Edgar Martinez. I truly hope he makes it in his final year of eligibility, as he fell a mere 20 votes shy in 2018. Martinez has been gaining steam, which is tons of fun! What isn’t fun is the disrespect handed out to the likes of Jeff Kent, Manny Ramirez, and Sammy Sosa. All three dominated for long stretches of their careers. If that doesn’t get you 30% then I don’t know what does.

What’s your takeaway from the MLB Hall of Fame 2018 voting results? Surely you feel Mike Mussina got snubbed, but perhaps you feel differently about the disrespect and One and Done class of players.

There is something to be said for the great-but-not-HoF-level players to get more than one year on the ballot. I agree, it’s just a little bit sad to see them disappear after one chance even though we know they won’t make it in. Matsui would probably make it into a pure baseball Hall of Fame if the sport combined all aspects, like basketball does. Santana was a special player but didn’t have a long enough peak, and now he’s gone forever. The weird thing, in my mind, are the players that do garner more votes to stick around but don’t approach the 75 percent threshold necessary for induction. Who are all these people voting for Omar Vizquel??

A total of 156 voters put Vizquel on their ballot, which, I remind you, has a max of 10 spots. That was more votes than Larry Walker received! Vizquel is a legendary defensive player, but that was it. He was a zero with his bat. It makes sense that people remember his work in the field with such gusto, but what about other elite defenders who were waaaay better at the plate? Scott Rolen only got 43 votes. Andruw Jones barely avoided being off the ballot. Jim Edmonds already IS off the ballot from years past. These guys were all better overall players than Vizquel.

Defensive metrics are super tricky, so it’s hard to quantify how good Vizquel was at that part of his game. But let’s just agree he wasn’t good enough. The perfect comp is current Angels shortstop Andrelton Simmons, who is universally regarded as the best defensive player in the sport. Based on metrics, he is perhaps the greatest defender in baseball history, which seems aggressive! But regardless, Simmons is a better hitter than Vizquel ever was, which means he should be a shoe-in for the Hall of Fame based on Vizquel’s benchmark.

We know that’s not how these things work, and very few, if any, people would consider Simmons a Hall of Famer in waiting. It’s simply not fair to compare one member of the Hall to anyone pending. Too many people slip through the cracks for whatever reason. Comparing the newly enshrined Hoffman to peer Billy Wagner, for example, leaves me just as puzzled. Wagner was just as good as Hoffman, but didn’t accumulate as many saves. Saves got Hoffman in and will keep Wagner out. I’m not sure Wagner deserves to make it, but Hoffman might not have either! That’s the problem with one-to-one comparisons.

I like Martinez and Mussina to both get in next season. But then we start this one-to-one thing again. Was Mussina that much better (if at all) than Curt Schilling? Is Martinez only hitting better than Walker or Kent as a two-way player? Hall of Fame voting is tricky business.