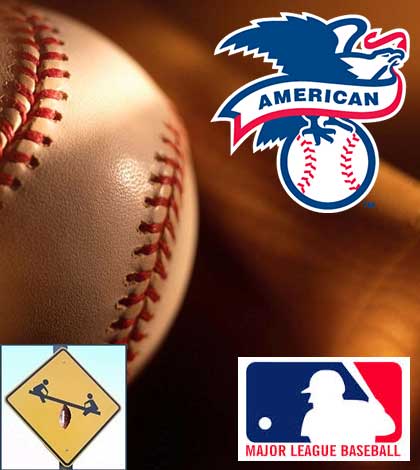 We are through the All-Star break and into Major League Baseball’s “second half.” Quotes because every team has played well over half their contests already. Nevertheless, coming out of the break is when the season heats up as far as playoff chases, trade deadlines and everything else is concerned.

There were some crazy surprises during the first 3.5 months of the year. The AL East is kind of flipped on its head right now. Can Baltimore actually win the division? All four other teams are a mess. (We can get into detailed Yankees demise later on.)

The Central seems normal, and Detroit is sitting in first place with the best record and the best team. However, the Tigers haven’t been as dominant as many expected, thanks in large part to their shaky starting pitching led by former Cy Young winner and current fantasy team killer Justin Verlander.

The Texas Rangers are a tire fire out West, having lost half their roster to the DL it seems. They may trade away some big guns. I’ve even heard Yu Darvish’s name floated out in trade rumors, which just seems ludicrous.

Meanwhile, the Seattle Mariners are primed to grab a wild-card spot and make their way into the playoffs. Was Robinson Cano actually doing a money grab this offseason or was he switching to the…better team??

Give me your first half AL thoughts and tell me where we’re headed in the American League the final two months of the season.

I’d like to say its been an exciting first half the season in the American League, but injuries have basically ruined my excitement… Tanaka. That and traditional teams playing unbelievably poor.

Injuries have been a factor for every team, so the downfall of the Texas Rangers and Boston Red Sox are much bigger than that. I think its worth reminding everyone that the Red Sox are defending World Series champions, since they sit nearly ten games out of first place, in last and aiming to sink even lower as the season progresses. The Rangers also find themselves in double digits, a whopping twenty-one games out of first place. They are behind the Houston Astros. Let that sink in.

On the flip side, it’s no surprise to me that Detroit, Baltimore, and the LA Angels are all leading the pack. Last season gave me every indication of their 2014 successes. The Oakland Athletics however, have surprised me once again. You’d think after the whole Money Ball thing that I would come to expect Oakland’s success every few seasons, but no. They’re a small market club who plays in the shadow of recent champs across the bay (the SF Giants). Even living in Los Angeles, the Athletics are easily forgotten. But simply looking at the All-Star roster for the American League shows why they are so hot. Those boys can play!

A final thought before diving into my predictions, would you consider the Seattle Mariners a success so far this season? They might make the playoffs as a wildcard, but they could just as easily miss out. That pack of teams in the middle is large. They have the best pitcher and one of the top three hitters, but they’re eight games out of first place. My opinion, the Mariners are an average team with a bit of flash. I don’t expect anything more than that down the stretch.