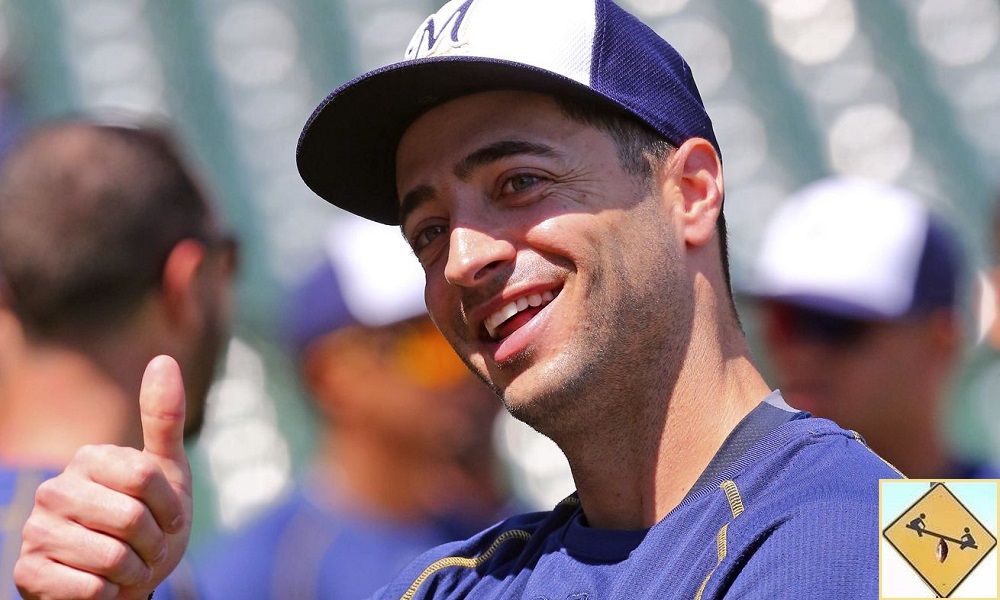 Tanking is now in full force in Major League Baseball, with the Milwaukee Brewers sitting front and center. After shipping out seven starters and making no noise in free agency, are the Brewers jumping on a trend, or starting one of their own?

Other than the big Yankees trade for Aroldis Chapman, the other MLB offseason transactions that made waves were those of the Milwaukee Brewers. Individually, the Brewers’ moves didn’t shift the needle one way or the other, but collectively, a surprising narrative formed.

Since last year’s All-Star break, Milwaukee shipped its starting LF, CF, 3B, SS, 1B, SP and closer all out of town. Calling it a fire sale would be underselling things.

The other half of this intrigue stems from decisions that Milwaukee and other teams have been making this winter. Or, more accurately, decisions they have not been making. A large number of very viable and useful Major League players remain unsigned heading into Spring Training.

Some of these players have draft-pick compensation tied to them, which teams are trying to avoid. Others surely are asking for too large of a contract. But as a collective, the evidence seems to suggest that many teams around the league are not interested in making themselves incrementally better.

Which is why talk of tanking has entered the baseball lexicon.

With the example the Houston Astros just delivered of a team being god awful for years to accumulate high draft picks while slicing payroll, others want to follow suit. Houston became really good really quickly this past season, and it got there without having to slog through seasons of mediocrity.

The NBA is the best example of wanting to either be great or terrible. Being in the middle is the worst place to be. That never seemed to exist in baseball until recently. Do you buy it? Is there another explanation for why the likes of Marlon Byrd, Dexter Fowler, Yovani Gallardo, Austin Jackson and many others are still out of work, and teams like Milwaukee are purposely tearing down their Major-League club?

The simplest explanation is that if a team can’t win 85 or 90 games, it would rather win 65 games as opposed to 75 games.

The key to this entire debate is the MLB Draft, which has become increasingly more important and news worthy over the last five years or so. In the past the draft was a forgettable affair. Baseball fans would easily forget a player’s name before he ever saw a major league dugout. With years spent in the minors, draft picks were not nearly as important as free agents. Now players are only a season or two away from being inserted into MLB lineups, at least the top ones are. Enter MLB tanking.

If you hadn’t spelled out the extent to which the Brewers completely spit in the face of their fans, I would not have believed it. I was completely unaware of their obvious attempts to tank. Milwaukee was a playoff team just a few years ago, finishing in 1st place in the NL Central with 96 wins back in 2011. Since then the Brewers had three straight years muddling in the middle, followed by last season where they hit bottom with only 68 wins and a whopping 32 games back of first place. Ryan Braun is still on the team, perhaps as punishment for his performance enhancing debacle, yet the remainder of the roster is foreign. I’m sorry to all the Brewers’ fans out there, but tanking is good business and successful tanking is a proven method of building a champion.

It remains unproven whether teams actually tanked in baseball prior to this current state of affairs. But all one has to do is look towards the Kansas City Royals for an example of how sucking can work beautifully. The Royals were really bad for a really long time. They acquired a ton of top ten draft picks throughout the 2000’s, twelve to be exact from 2000 until 2013. Many of those players were prominent in taking Kansas City to back to back World Series, culminating in their championship last season. I have no idea if the organization actively tanked, yet its obvious that by securing top talent through the draft, the Royals were able to build a champion.

Milwaukee is stuck in a really tough spot. Their division is loaded. They could scrape together 75 victories, but why bother? Winning fewer than 60 games may land them the next superstar. Missing the playoffs hurts the same, no matter how many wins you have. I can’t fault the organization for taking a big picture view of getting better.

As for all the free agents still available, and teams’ reluctance to sign them. Why should an organization pay for a player now when he’ll be worth much less in a month or two? They shouldn’t. As spring training gets started, teams can fully evaluate their younger players. They can assess the holes in their lineups. But more importantly, these free agents get desperate to sign and play. The asking price drops. For a team like the Brewers, I’m not sure the price ever falls far enough. They are not playing for this season. They are playing for 2018 #SorryNotSorry.