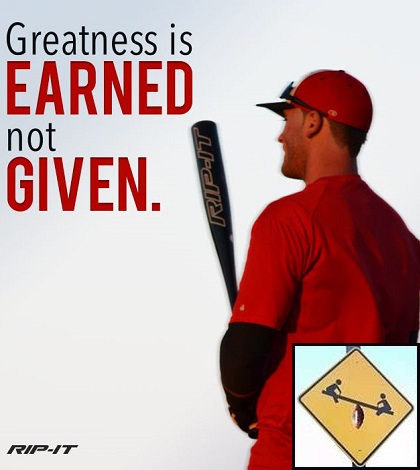 Was May 2nd the Greatest Sports Day ever? Outcomes aside, in terms of actual sporting events colliding on a single day, its hard to argue with the media circus that descended on the 2nd of May. Let’s debate.

Your reactions to the boxing match and Kentucky Derby specifically surprise me. These are special, individual events that come along very rarely. The derby obviously happens every year but just once a year. It is the greatest spectacle in racing. And the boxing match was a fight of the century, the biggest boxing match in years and years.

The actual participants don’t matter. They don’t matter to anyone, even huge fans of those sports. The derby is a big deal because it is the Kentucky Derby. The rich, white people flooding Churchill Downs with their mint juleps and ridiculous hats are a spectacle in and of themselves. The race is short and sweet, which adds to the excitement. I’m not saying it mattered which horse won the derby if you don’t either own one or own a betting slip. It didn’t. But there was a level of intrigue in the race taking place. That’s what you seem to overlook.

And the same goes for the Mayweather – Pacquiao match. Even if you didn’t care who won (even though you should have!), the event was the big deal and the reason to watch…or to at least say it was worth watching. I didn’t purchase the pay-per-view and everyone says the fight was a dud because of Mayweather’s fighting style and Pacquiao’s washed-up-ness / injured shoulder. But those points don’t even matter in the scheme of what went on. This was the biggest thing the sport of boxing has produced in a long time. This was good versus evil. It was perhaps the last main fights for two guys in the twilight of their careers. It was one man trying to stay undefeated and another trying to topple the greatest villain in sports. That was what meant something.

Of course, even with all my slanted views of grandeur for sports from a bygone era, the NBA playoff game seven still tops the rest of the weekend’s events for sure. The execution at the end of that game was just uncanny. The story lines were as well, not the least of which were the fascinating benching of DeAndre Jordan and the uncertain future of the Spurs roster.

via Rukkus.com – Game Tickets and more

I’ll concede that Mayweather vs. Pacquiao was the greatest boxing match in the last ten years, regardless of the outcome. I’ll also concede that the Kentucky Derby is the greatest horse racing event of the year. Are you happy now? Because neither event was a significant blip on my mainstream sports radar.

Feel free to place me firmly in the minority, but I don’t care about either sporting event, much like I don’t care about swimming or golf or tennis. I find it interesting to follow story lines and intriguing to see the outcomes, but the actual events themselves just don’t penetrate my sports world.

What truly fascinates me is why others enjoy these events. I enjoy their excitement and their passion for such obscure bouts of athleticism. Watching Skip Bayless and Steven A. Smith go round for round on the outcome of the boxing match was hilarious and silly. It was solid entertainment. The men and women in funny hats at the Kentucky Derby are also great entertainment, much like the ball boys running back and forth at tennis matches, or the droves of people quietly clapping at a golf event. They amuse and entertain me.

What excites me are games like the Spurs versus Clippers from May 2nd, a series game seven featuring numerous future hall of fame players and coaches. Men who epitomize the best of the best. The outcome mattered less to the general sports public than that of the boxing match, but the event itself was infinitely better.

I think we inadvertently touched on something about American sports and its changing landscape. Nearly every single sport, besides the NFL, is only exciting to those fans who follow it. The National Football League resonates with people across the country. Individual stars from the other sports resonate. LeBron James resonates, but the Cleveland Cavaliers do not. Floyd Mayweather resonates during the buildup to a fight, but boxing does not.

Where as most sports resonated on a larger scale in the past, with fewer live events to watch and follow, now people have choices. Lots of choices. That’s what ultimately makes May 2nd a special day for sports. You’re correct in pointing out its uniqueness. Everyone loves the Super Bowl. Most people only loved one or two of the many great sporting events on May 2nd. Yet despite all that, there were monster events in multiple sports, events large enough that even the NFL played second fiddle for a moment.

We may never see another sports day like May 2nd, 2015. Leagues go out of their way to deconflict, yet this was a perfect storm. But even today, nearly a week later, people have moved on. The NFL is king once again as Deflate-gate gets resurrected and all anyone cares to talk about are Tom Brady’s balls.