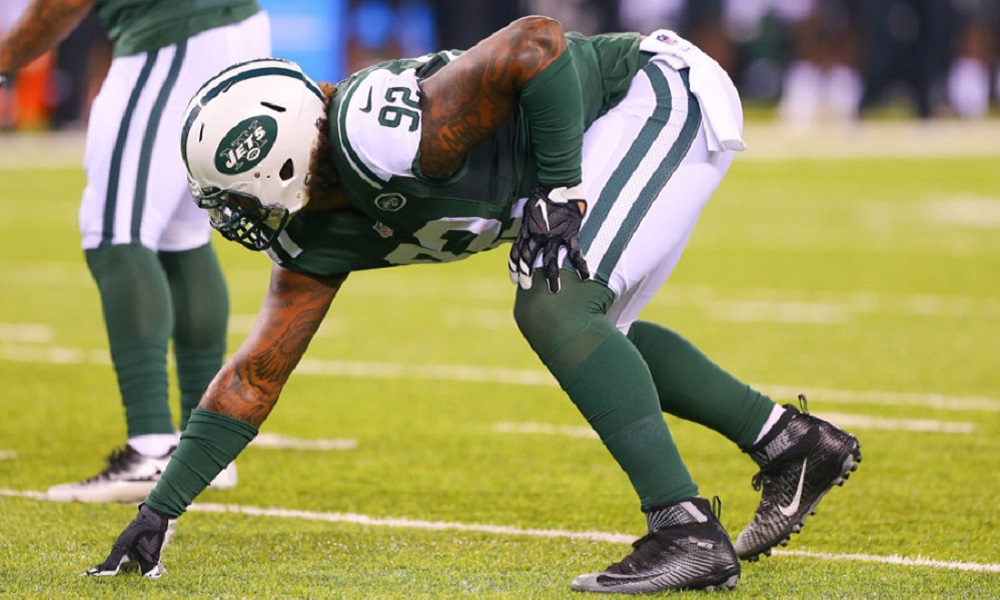 If the New York Jets have serious playoff hopes this season and beyond, then defensive end Leonard Williams must become the Pro Bowl player we know possible. He is the key.

Several things have surprised me about the New York Jets this season. The team has gelled and excelled faster than I anticipated. New York’s young players have seized their opportunities and are excelling earlier as well. These two positives have led to the Jets 3-3 start and a sense of strength and unity around the team. It’s an incredible turnaround from last year, when locker room strife defined the season. Yet the final surprise thus far is not a good one.

Much has been made about the lack of sacks coming from New York’s defensive line. More importantly, the Jets defense has been awful against the run. Leonard Williams had an excellent rookie year, but has been quiet ever since. He’s played well, but been unspectacular. None of this has hindered the improvement of New York’s defense as a hole in 2017, but it will certainly hold back the team going forward.

ALSO ON BUZZCHOMP: Will Negan Die in The Walking Dead Season 8?

In order to win late season football games, the Jets must run the ball well and stop the run. They must pressure the quarterback in obvious passing situations. Williams is the key to this success. He has the highest ceiling as a player and is the young face of New York’s defensive front. We know he can be great. We’ve seen him be great. But Williams must play at a Pro Bowl level in Gang Green has serious playoff hopes. No team can get over the hump with a glaring weakness against the run, coupled with an inability to pressure the quarterback. Thus far, that alone is the Jets biggest weakness.

I believe Williams will make the Pro Bowl next season. He will step up throughout the remainder of the 2017 slate of games and become the player other teams must avoid. It begins in Miami, against a Dolphins team that has proved itself vulnerable. The Falcons are next and present a welcome opportunity for Williams to make a name for himself. The intangibles are all there. He is a leader already. Personal stats must follow.

Losing Sheldon Richardson put a hole in the Jets defense, but also removed a toxic voice in the locker room. It’s not a surprise the team is now united without him, but it’s also no surprise they are worse up front. It takes time to develop and no one expects a Super Bowl product over the first month of games. But as the mid-way point of the 2017 season approaches, its time for Williams to step up and for New York’s defense to evolve.

ALSO ON BUZZCHOMP: NBA Tiers of Mediocrity in 2017-18 Season

I’d like to see coach Todd Bowles work to change things up on the defensive line. The linebackers are taking advantage of every opportunity, but New York’s formations are not stopping the run. What the Jets have been doing up front has not worked. Game plans are supposed to change fluidly throughout a game, with major adjustments at halftime to combat the unexpected from your opponent. But schemes must also shift when something is obviously deficient. Williams will lead if given the right tools.