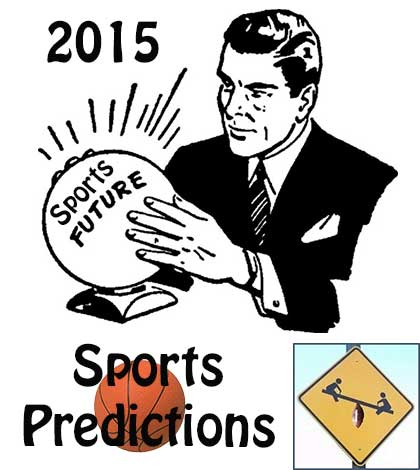 Jerry Jones achieved success this season with his Cowboys, so which despised owner is next? 2015 sports predictions pits James Dolan and his New York Knicks versus Dan Snyder’s Washington Redskins and the Los Angeles Lakers and the Buss children. One will unwittingly find success, despite their best efforts, but who will it be?

In my final batch of “other” sports predictions for 2015, we leave the playing surface and venture into the owner’s box.

Jerry Jones, the infamous owner of the Dallas Cowboys, has finally seemingly lucked into a great team and a great season. Even if the team loses this weekend, 2014 was a smashing success for Jerry.

This kind of happened despite Jones though, rather than because of him. He famously wanted Johnny Manziel during the past NFL draft, instead being talked into perhaps the best rookie in the league, offensive lineman Zack Martin.

Of course, besides that, it is hard to differentiate between an owner’s wishes and team decisions without being in the war room so to speak. The point is, after years and years of mediocrity, one of the most polarizing owners in sports finally got back over the hump.

Which hated/overrated/inept owner is going to be the next to join Jerry, swimming in success?

Is it his division rival, Washington Redskins owner Daniel Snyder, a man so bad at his job that Bill Simmons wrote an entire column wondering if DC football fans would rather have their team move and wait three years for an expansion team over living with Snyder?

Is it New York Knicks owner James Dolan, someone who isn’t afraid to spend but has no clue how to spend wisely? And he also has a band!

Is it the Buss children running the Los Angeles Lakers…into the ground? They can’t part with Kobe but can’t rebuild their team until he leaves.

Or is it Jeffrey Loria, the despised owner of the Miami Marlins who sees success only to sell off all his assets and reap the profits. And yet, he seems to be trying to build things back up for another go at a title.

If the Marlins win another World Series in the next three years, Loria is an undisputed genius even if he continues to be a horror show for fans of the team.

In fact, I’m making the call now. Loria is too smart to include in this group. He may be loathed but you have to respect his hustle.

Is it Snyder, Dolan or the Busses?

Wow, what an incredible debate topic and a great way to wrap up our 2015 sports predictions. I think this is a pretty easy prediction, considering the three options and an unmentioned x-factor. I’ll go as far as to say that the owner and team will actually begin their turn around in 2015, making this an actual 2015 sports prediction.

There are many other NFL owners you could have included in this discussion, as well as few others from baseball. The young Steinbrenners come to mind, although its only been five years since the New York Yankees’ last championship. Boy does it feel longer; two years out of the playoffs will do that. But James Dolan, the Buss children, and Dan Snyder make a thoroughly disgruntled trio.

I won’t beat around the bush here, the x-factor in this entire prediction is Phil Jackson. Whatever wooing that James Dolan did to get Phil to the Knicks, its working. He’s completely wiped the team’s salary cap clean, with an excellent crop of NBA free agents potentially available after the 2014/2015 season wraps up. Not only that, but the Knicks are tanking and tanking hard. If the losing continues, they will be in the running for a top five pick. Oh, would you look at that. There are at least five super star college players set to enter the NBA Draft in 2015. Phil Jackson is a mad genius. The New York Knicks and James Dolan rebound first and in 2015.

I’m calling in right now. Whether Carmelo Anthony stays put or not, the Knicks will make the playoffs next season. The 2015/2016 NBA season will be akin to how the Dallas Cowboys rose from the dead to once again be good. I won’t say great, because Dallas isn’t and the Knicks won’t yet be. But good is good enough to give James Dolan the success he has barely earned.

As for the other two owners, Dan Snyder seems unable to shake his chainsaw nickname. Whether he’s meddling or not, that NFL team in Washington can’t catch a break. They managed to railroad RGIII, arguably one of the best players in the league after his rookie season. Then there are the Buss children, who have little wiggle room until Kobe Bryant retires They seem unwilling to spend unwisely, so the Lakers are stuck in mediocrity until Kobe hangs up his sneakers.

Congratulations New York Knicks. You will once again be an above average NBA team in 2015, leading all of New York to proclaim the second coming of Michael Jordan and hand their team a title before Christmas.


Photos courtesy of the New York Knicks and the NBA.