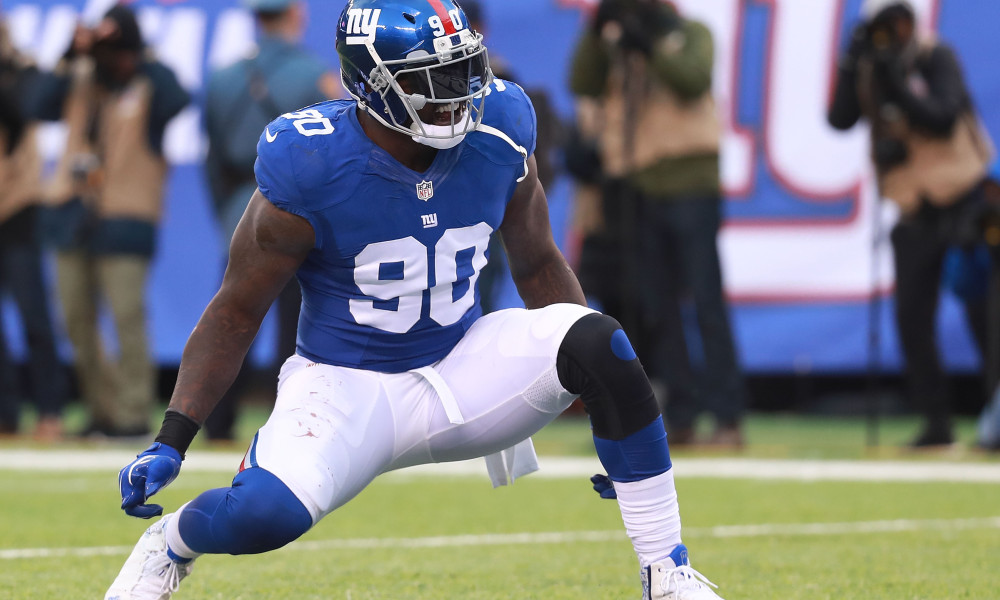 New York Giants defensive end Jason Pierre-Paul is likely to find a new home in free agency. The Giants can’t afford his asking price, meaning it is time for the team to find a replacement. Here are the options.

Defensive end Jason Pierre-Paul is going to be an unrestricted free agent this offseason. He has already made it known that he wants a lot of money. He played for the New York Giants on a prove-it deal in 2016 and will not do so again. Despite suffering more injuries, JPP feels as though he already proved it.

The Giants have said they will attempt to bring Pierre-Paul back. He was a great player for the organization when healthy and is one of the better pass-rush/run-stopping combo ends in the league. However, if his asking price is simply too high, the team will be forced to move on. Finding his replacement will be key to keeping an elite NFL defense in the upper echelon of the league.

ALSO ON BUZZCHOMP: Another Director Tries to Make Dune Work – Can He?

There is a varied and talented collection of free agents that play defensive line and/or rush the passer. However, not all of them fill the JPP void or will be realistically available through free agency.

Defensive linemen Kawann Short and Chandler Jones lead the pack of the best available players. However, according to reports, the Carolina Panthers and Arizona Cardinals will place their respective franchise tags on these players if necessary. Short and Jones are not going to be available to the masses.

The prospective of a franchise tag muddies up the waters, but those are the only two players on the d-line who will almost assuredly be franchised. Everyone else, for our purposes, is fair game.

There are some other edge rushers or defensive linemen who are poor fits as the new Pierre-Paul in the Giants’ 4-3 scheme, though. Whether because of size or style, they don’t fit the hole being made. Brandon Williams is strictly an interior lineman, a la Damon Harrison. He doesn’t rush the passer. Dontari Poe is a nose tackle. He may be an intriguing Johnathan Hankins replacement but doesn’t quite fit as the new JPP. John Simon is an outside linebacker who has never been a full-time starter. James Harrison and DeMarcus Ware are both still performing, but I don’t want to build a pass rush around guys pushing 40.

A few other guys would be great fits, but they bring one issue that Pierre-Paul shares. They will cost a lot of money to obtain. Melvin Ingram has turned into an elite pass rusher. According to Spotrac estimations, he is going to garner $17 million a year on the open market and perhaps more overall money than JPP. He’s out.

This leaves us with a group of six players who can become New York’s starting defensive end. They are talented, versatile, powerful, yet not too expensive.

Mario Addison – It may be time someone lets Addison be a starter at defensive end. He has broken out despite being a rotation rusher.

Chris Baker – Baker has shown lots of improvement over the past few seasons. He is still just 29 despite taking a number of years to find his NFL footing.

Calais Campbell – He can play and excel in any spot along the defensive line. Campbell is great against both the pass and the run.

Charles Johnson – Johnson’s best seasons were years ago at this point. He still offers quality production, though, especially against the run.

Nick Perry – Coming off a career year, Perry has flexibility but may be best suited for playing 4-3 defensive end.

Jabaal Sheard – Another player with versatility and both run and pass prevention skills. Sheard can be a quality starter week in and week out.

More Sports: Charles Oakley or the Travel Ban? Who Said It?