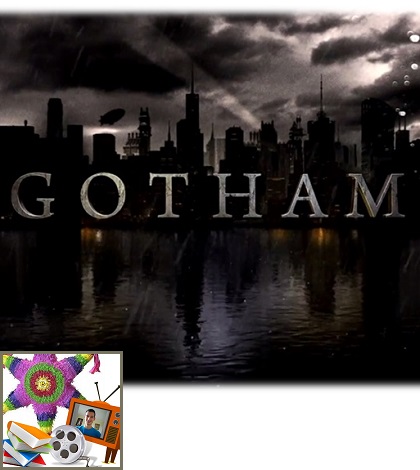 I’m out on Gotham.

I didn’t even last two full episodes. I truthfully turned it off midway through the second episode when pre-Catwoman was put on that bus and one of the officers in charge was the crazy lady who had been drugging, kidnapping and selling children. I had had enough.

What I really thought when I shut it off was, “why am I torturing myself with this? What enjoyment am I getting out of this experience?”

The answer was none, and it had nothing to do with the problem I had been worried about after the pilot. After episode one, I pontificated that Gotham may butt up against a rather important point relatively early in its existence, once the cool character reveals came to a close. At some point soon, the show would have to stand on its own, separate from the Batman universe. It would have to be good enough on its own merit or people wouldn’t watch.

Well, something I did not foresee, but probably should have, happened instead.

The basic plot of Batman before Batman is simple; it’s the back story of the city of Gotham and Commission Gordon as he was coming to be in his current position of power. But really what that means is Gotham is about a city under constant and complete psychosis and destruction so far removed from normal society that a lone man had to take it upon himself to fix up the city, but the city was in such disrepair that he had to hide his identity in the process for fear of being captured and killed. Gotham the place is the most messed up city imaginable, and Gotham the show follows the timeline WHILE ALL THE SHIT IS GETTING INCREDIBLY WORSE.

There is no pending happy ending to Gotham. How could there be? The show ends when Batman arrives, when little Bruce Wayne is all grown up. And you know, logistically, what that point is? When Gotham the city is at the worst it’s ever been. That’s the finale of this show.

So what am I watching for? The plots are going to get darker and shittier for everyone involved. James Gordon runs into problems every time he tries to do the simplest tasks of his job, like investigating a crime scene. He can’t even investigate a crime scene without his crooked partner giving him shit? Why bother?

And the children are getting drugged and sold so the mayor decides to use this opportunity to haul them all off to juvenile halls and jails? Who is redeemable in this show, because it’s not anyone of importance?

The FBI detectives are trying to get Gordon hauled off to jail, his partner is trying to get him fired or worse, the mayor is crooked, the town is run by the mafia and these are the good times! This is before any of the super villains can drive a car! So what am I watching and waiting for?

I don’t usually mind dreary or dark television. I loved The Wire for example, a show based on the premise that things do not get better. But at least in The Wire, there were people working toward that goal. Outside of the infallible Gordon, whose seeming perfection bothered me to no end on top of everything else, no one in this entire show world is working for any purpose other than to screw up the town so much that Bruce Wayne tries on a bat suit.

I’m not a masochist. I can’t imagine gaining any semblance of satisfaction from witnessing that journey.