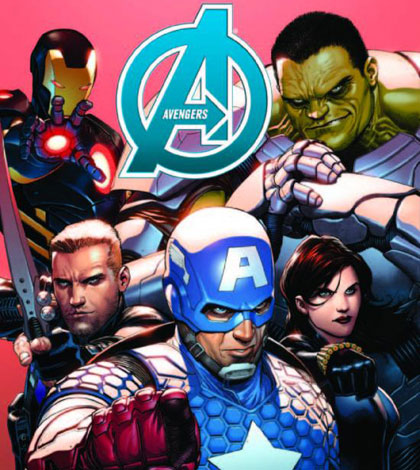 You know them. You love them. They might confuse you.

If you’re a fan of the Avengers movie and you walked into a comics shop to see what’s happening with them now, things might get a little confusing. You could focus on just one character, like last week’s Indestructible Hulk, or you could dive into a book that actually has Avengers in the title. But which one? Last month Marvel launched Uncanny Avengers, which features Captain America leading a team of heavy hitters from both Avengers and X-Men — who will never appear in movies together — against the Red Skull. You could also pick up A + X, which should mean it’s an Avengers romance comic, but it’s actually stories of various Avengers teaming up with various X-Men, and if you want that to be a romance comic, there’s probably slash fiction out there somewhere to that effect.

But this week Marvel relaunched its flagship Avengers title which is, of course, Avengers. But it’s not for the casual.

From the mind of one of the most creative and challenging new writers around, Jonathan Hickman, the book refuses to take it easy on new readers. Hickman flashes forward to the consequences of some major event, then jumps around through various points leading up to it. That’s not to say that it’s necessarily confusing, just challenging. For $3.99 an issue, it’s occasionally good to get a book that makes you work to read it.

At least it also begins with the team as everyone knows it right now. Iron Man and Captain America form the anchors, with Thor and Hulk providing muscle. Hawkeye and Black Widow jump around and try not to be too out of their depth when facing a cosmic foe, just like in the movie. And just like in the movie, Hickman finds a way to make them more effective than they have a right to be.

But up against a group like The Garden — new, cosmic creations of Hickman  — they’re all out of their league. Which of course means that we’re simply going to need a bigger team. The second issue will explain how that’s going to happen, featuring a couple of characters that are rumored to be landing inAvengers 2.

All of them are given great life by artist Jerome Opena. He has a scratchy yet elegant line style that makes the heroes look a bit weathered, although appropriately enough, Tony Stark might have had some work done. Under Opena’s pen, the Hulk has a look of childlike fury, a nice interpretation that echoes Ruffalo’s film performance.

This isn’t to scare anybody off. It’s just that Hickman plays a long game; if you just want to pick up an Avengers book and be done, this isn’t it. If you want to be hooked, caught up in this hobby/passion of comics reading, then this is absolutely one of the most rewarding books in stores right now.