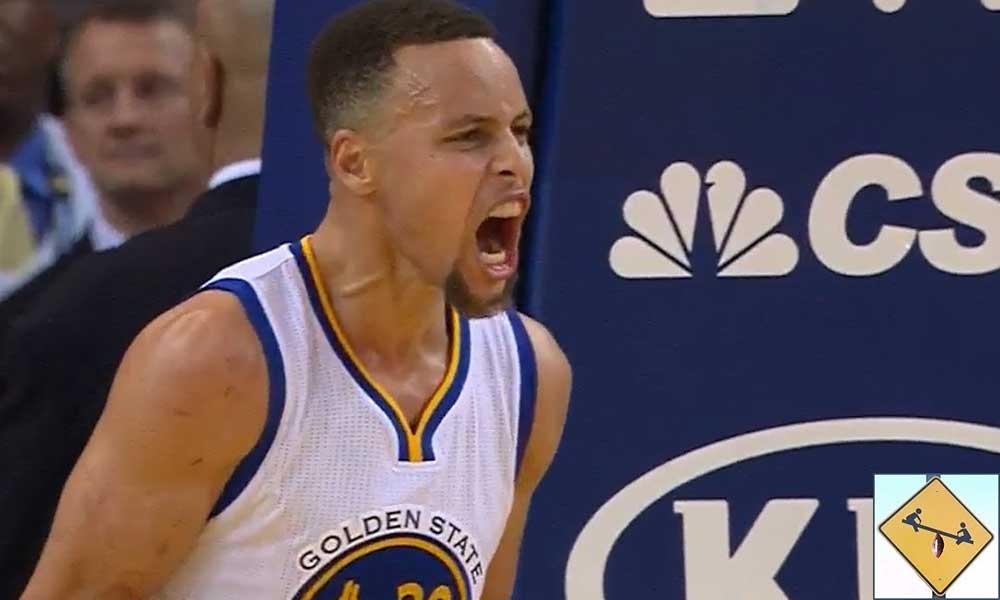 With a title already in hand, the Golden State Warriors must go for the all-time NBA wins record. History hangs in the balance and can not be ignored. This record will last forever.

Through this magical and crazy 2015-16 NBA season, much of the talk has surrounded the Golden State Warriors and their pursuit of the best regular-season record in the league’s history. Now that the season is just days away from finishing, and the Warriors are right on the precipice of completing such a feat, the discussion has gotten real.

Most people, I feel, believe that it is in Golden State’s best interest to prepare for the playoffs, regardless of what that does to its chances of winning 73 games and breaking the 1995-96 Chicago Bulls’ record of 72-10. Just last night, after defeating the San Antonio Spurs, GS coach Steve Kerr came out and said he is leaning towards resting his guys for the postseason but will talk to them and see what they want to do in pursuit of the record.

After all, as the refrain goes, records can be broken, but championships last forever…

Which is just the dumbest logic imaginable! Of course you go for the record! Am I alone in this? They are so close. There are three games remaining, one of which is in San Antonio where the Warriors can ruin the Spurs’ chase of a separate record; that being a perfect 41-0 at home during a season.

Yes, sure, championships last forever. They also happen every single season no matter what. There is nothing inherently special about one championship versus another. It’s just a thing that people strive for that season. But going 73-9? That is historic; that is all-time stuff; that gets remembered, even if, thirty years down the line, another team goes 74-8.

What if Golden State gets 73 wins but fails to win the NBA title? Is the season a failure? Obviously not, but people will look at it that way. Let me throw out an analogy: the 2001 Seattle Mariners. This team did not win a World Series, yet it is remembered and will be remembered for all time because it won 116 games, even though it didn’t even set a new record for wins in a season.

In a vacuum, would that specific team be more or less “famous” if it had won fewer regular-season games but the World Series? The answer is clearly less. It would just be another year, another title and mean nothing outside of the city of Seattle. I’m not saying the Warriors care about being specifically remembered, but the argument against going for the record seems to believe it important in “lasting forever.”

The Golden State Warriors absolutely must go for the all-time wins record. There is no question that this record is bigger than any championship. It’s currently held by a Chicago Bulls team with the greatest player in NBA history, Michael Jordan. If the Warriors break Jordan’s record, they go down as a historically great team. That is special. That will forever be celebrated.

The reason its easy for Golden State to go for the record is because the team won a championship last season. I realize defending your title is almost more important than winning it the first time, and going back to back with two championships would set the Warriors apart from every other dominant team currently in the NBA. But LeBron James stands in the way of a second title and he’s out for revenge. The only thing standing in the way of an all-time NBA record for Golden State is themselves.

The Warriors put away the Spurs by double digits the other night. While resting for the playoffs makes sense for most teams, I’d go as far as to say whomever Golden State faces in the first round is a bit of a rest for this team. After fighting to get the record, which I believe they do in fact secure, and facing the Spurs twice to do so, the Warriors will find games at home against an inferior first round opponent to be a relief. Getting the record is the rest they need, the weight off their shoulders that will be so gratifying.

Giving up now, when the Warriors are so damn close to 73 wins, is unthinkable. Every member of this team will be haunted by the memory of giving up, if they collectively decide to rest for the playoffs. Going all out to get those victories and coming up short is a better alternative. Their consolation prize is defending their title. Not too shabby in my opinion.

It’s not like this is an all-time NBA record likely to fall anytime soon. Winning 73 games is unbelievable, but losing fewer than ten games in a season is the really impressive stat. Single digits. That is unbelievable. Stopping the Spurs from setting an all-time record in the process is icing on the Warriors’ cake. If San Antonio sets their record while ending Golden States, oh boy. Steph Curry will have an enormous chip on his shoulder and the Western Conference will pay the price in the playoffs. But that’s not reality. Curry is setting this mark. This team is all-time.