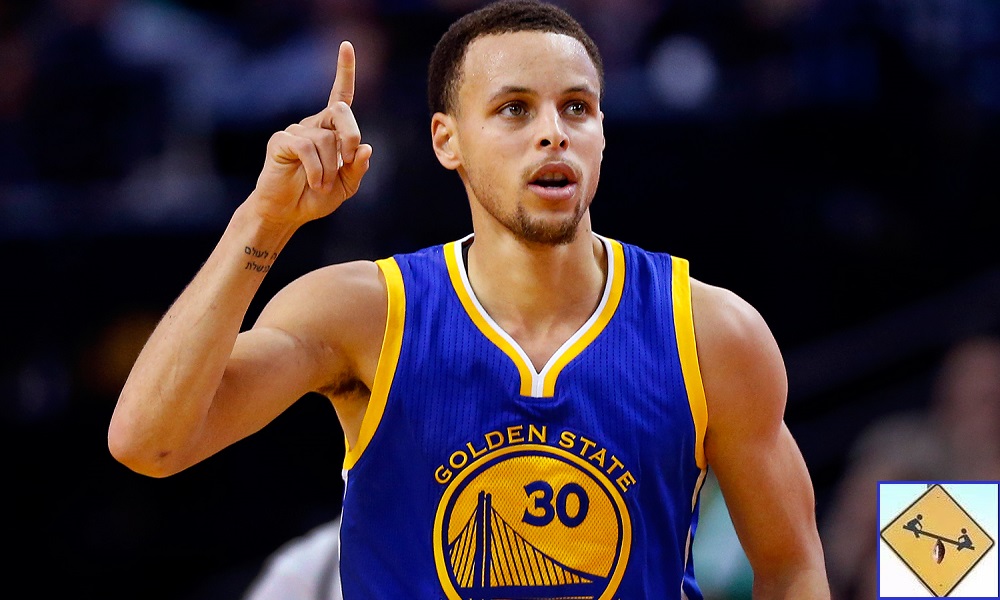 The Golden State Warriors have proven themselves the greatest basketball team of all-time. One more victory seals back to back championships, making them unrivaled in NBA history. Long live the king.

The Golden State Warriors are one win away from winning their second NBA title in as many seasons. It was not an easy trip to get here, and they still have that one win to obtain, but I feel as though this postseason actually aided the Warriors in making history.

After going 73-9 in the regular season, the 2016 version of Golden State was going to be remembered forever no matter what happened in the playoffs. It had set the all-time record for most wins in an NBA regular season, topping the Jordan Bulls of the late 1990’s. But whatever did happen in the postseason would determine the storyline surrounding that remembrance.

When it appeared as though the Oklahoma City Thunder were going to knock out Golden State in the Western Conference Finals, the 73-9 regular season was becoming a mark against the Warriors. Perhaps they put forth too much effort in the regular season to obtain the record, leaving them weary and sluggish for the games that mattered most. Sure, they had the best regular season ever but they failed to reach the ultimate goal.

But now, considering the comeback that ensued against the Thunder and the way the finals have transpired thus far, I believe that first deficit plays to Golden State’s advantage. Not only was this team the best ever through 82 games; it also overcame an enormous hole during the postseason against one of the most talented teams of this generation, the Durant and Westbrook Thunder. Not only that, but Stephen Curry and company (assuming they do indeed close out the NBA Finals with a win) then dispatched LeBron James and his squad for the second year in a row. This is some all-time stuff we’re talking about here.

It’s impossible to compare teams over the years in basketball because the rules have changed. Whether the 2015-16 Warriors would actually defeat any other team in NBA history is impossible to figure. It depends on the parameters. I feel confident in saying, though, that if a game was played under current rules, with the three-point line and freedom of movement and everything else, Golden State would stand a great chance against anyone. I mean, just take a look at the 1986 Boston Celtics, who some argue is the greatest team ever. Larry Bird, perhaps the greatest shooter ever, hit 82 threes that season, which would have tied him with Harrison Barnes for fourth on Golden State. Klay Thompson shot and made over 50 percent more threes than that entire Celtics roster, and he wasn’t even the top guy on GS!

In a hypothetical matchup, a team like that Boston squad would have no concept of how far out defenders have to stick with shooters or how fast closeouts need to come. It’s just completely different offense and almost incomparable to how the game used to be played. But even if direct correlations are impossible, with one more victory, the Warriors will be remembered forever with all those other great teams. Of course, they need that last win.

Its understandable why you’re so willing to hand that final victory to the Warriors and hand them the championship. Yet last season the Cavaliers were up 2-1 against Golden State in the Finals. Last Season the Warriors made an incredible run with three straight victories to down Cleveland and win the championship. It was a bit of a surprise, even if the writing was on the wall for how great Curry and company would be.

Now the Cavs are down 3-1 against Golden State. They need three straight victories, with an equally tall hill standing before LeBron and company, if they are to win their first championship together in Cleveland. This series is far from over.

That being said, it appears that Golden State is the better basketball team. They play better defense and score with greater ease. I believe LeBron is better than Curry, but the Warriors are better than Cleveland. With one more victory and back to back titles, Golden State will be remembered as the most prolific jump shooting team of all time.

The 2015-16 Warriors are so good that their assistant coach dominated as interim head coach earlier in the year. This Warriors team is so good that they lost less than ten games the entire season. They won in the playoffs shorthanded and defeated nearly every other top player in the league on their way to another championship, assuming they close the door on the Cavs. The only proper way to compare this team to other great teams in the past is with statistics. Comparing player by player won’t hold up.

It’s true that many of Golden State’s players have excelled this season, but no one is going to argue that Green or Thompson is a better player than Pippen or Magic Johnson/Abdul Jabbar. The second best players on other all-time great teams are now all-time great players themselves. The same can not be said of those players on the Warriors not named Stephen Curry. Perhaps one day we’ll view them in such a light, but not today.

Golden State as a collective, however, stands above every other great team in NBA history. The game of basketball has evolved dramatically, but skills and teamwork are timeless. The Warriors manhandled teams all season. They defeated the best of the best, a laundry list of future Hall-of-fame players, on their way to a second championship in as many seasons. It feels wrong that LeBron is not the one accomplishing such things. Rather, he’s the player being dispatched to prove Golden State’s greatness. Such is the circle of sports. We have a new king of the court. Long live the king.

More Sports: Who Plays Running Back for New York Giants?