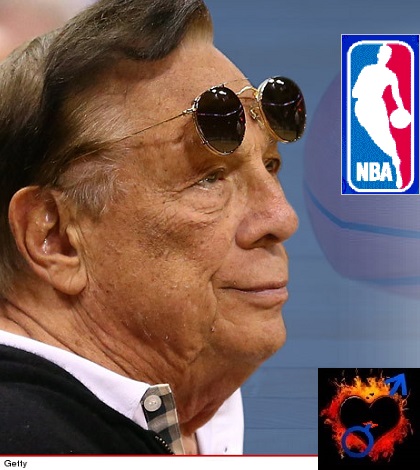 By now you have probably heard of the downfall (finally) of Los Angeles Clippers owner Donald Sterling. It is pointless to list all the horrible things he has said and done throughout his life.

Basically, he’s a racist, he is cheap and is pretty much loathed by anyone with any human decency. He creates a huge problem for the NBA, but the issue isn’t unique to basketball.

Their is a problem with ownership in professional sports and fixing it begins with Donald Sterling.

After Sterling’s archivist/sugar baby/girlfriend V. Stiviano recorded their conversation, Donald’s world came crashing down. By the way, anyone who takes that many photos on Instagram is not a person you want to have a potentially damaging conversation with. That girl desperately wants into the Kim Kardashian school of being famous for reasons to be named later. She will get her own reality show within twelve months, I’m calling it now. Following the release of the conversation, NBA Commissioner Adam Silver fined Sterling $2.5 million and banned him from the NBA for life. Silver also is going to ask the other NBA owners to vote to take the Clippers away from Sterling. All of this is common knowledge by now.

The special lady in all of her glory.

Here’s the thing, the big problem with fixing the NBA and ownership in general. The Clippers are Sterling’s team. He owns them. The NBA can ban him and ‘force’ him to sell, but this is unprecedented. There has never been a court case regarding this matter and Sterling is a lawyer who loves courtrooms and will gladly spend the rest of his life protecting his most valuable asset. At least that’s what I told my colleague Dan Salem when this mess first started, and now it seems I am right. Dan will back me up on this. I swear those words left my mouth and hit the page before anything else happened. I am many things, but a liar is not one of them. Regardless, the current reality is shaping up.

Sterling wants his day in court. This is very bad for the NBA for several reasons: 1) Sterling did not technically break any laws and 2) Unless the plaintiff can prove the wiretaps were recorded legally, they can’t be used in a courtroom. Technicalities get you every time. Shelly Sterling, Donald’s wife, wants to keep her half of the team. Furthermore, sources have stated that Donald is not paying the $2.5 million fine. The NBA wants to resolve this quickly, for obvious reasons. It’s pretty bad PR for a league that is 80% African-American. So how does this mess get fixed when the owners have all the power in a league they practically created?

Donald Sterling is not the first horrible owner that a sports franchise has had to endure. He is just the worst of them. The New York Islanders sold their team to John Spano who fraudulently claimed he was a Texas billionaire. The only reason he doesn’t currently have the team is because he voluntarily gave it back. Former Cincinnati Reds owner Marge Schott once said, “I’d rather have a trained monkey working for me than ——-.” Needless to say she was banned from baseball in 1998 and sold the team a year later. In both cases, these former owners never legally challenged the decisions. Who knows what could have happened if they went to court.

If we want to fix the owner problem in the NBA and professional sports, we have to start at the top. Here is how I would change the laws of owning a professional sports team in the USA. These are in no particular order, each equally as important as the next:

(1) I would make the following mandatory. If a team has not reached the postseason at least once in a twelve year span, the owner loses their team. That way, only people who want their team to do well are put in that role.

Sterling’s Clippers were a horrendous basketball team for nearly all of his time as owner. He figured out he did not need a winning team to make a profit, so he simply did not try. His tenure is marked with horrible draft picks and a pattern of trading away their good, young talent for not so good talent.

The LA Clippers in the playoffs was a rare site.

(2) There needs to be a morals clause. Basically, if an owner is found to be someone who embarrasses the league for whatever reason, then with a 2/3 vote (in this case 20 out of the 29 other NBA owners) that owner loses their team.

The owner loses their team, but is being forced to receive that much money (over $1 billion) really a horrible thing? An athlete or GM can get cut from a team and not collect a cent. I would like to amend rule two so that the owner does not collect any money from the sale of their team. They simply lose it. I’ll call this (2a). Now here’s the fun part.

Picture this scenario. The NBA takes the Los Angeles Clippers from Donald Sterling. The Clippers then go up for sale in an auction of pre qualified bidders. Whatever the amount is, it all goes to a charitable foundation. Sterling doesn’t see a penny of it.

Uber rich people only really care about money, making more money, and not losing the money they have. The biggest way to send a message to Donald Sterling and start fixing the owner problem is with the threat of lost money. We are talking A LOT of money here. One thing sports has taught me is that you need to do something completely different to see change. Two simple ideas, perhaps radical, would change sports ownership for the better.